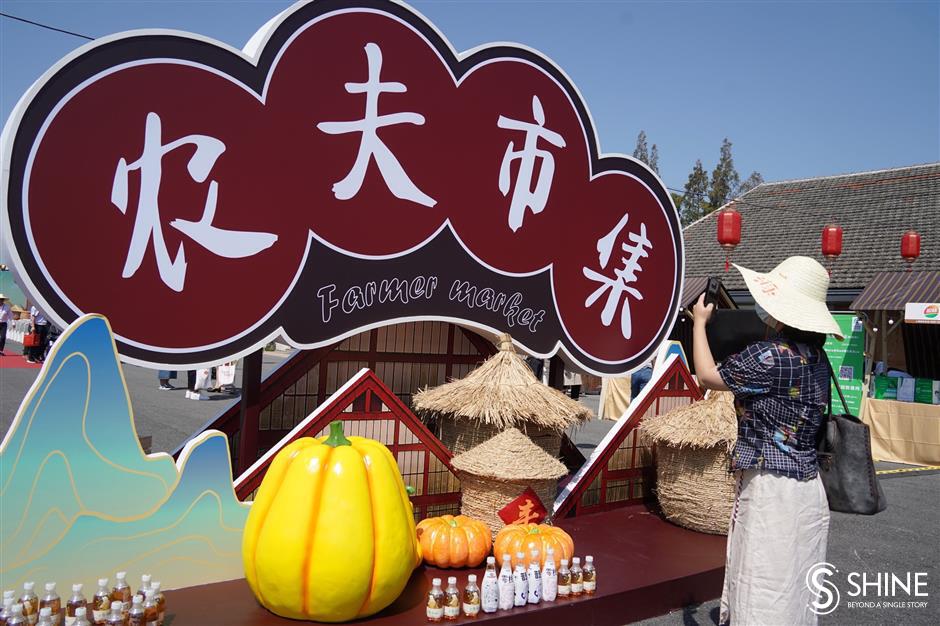 A visitor takes a photo of the farmer market at Yun Jian Granary Cultural and Creative Park in suburban Songjiang District on Thursday.

Farmers in suburban Songjiang District showed and shared their crops, livestock as well as the joy of harvest as they celebrated the fourth Chinese Farmers' Harvest Festival on Thursday.

Exhibitions, live broadcast and a farmer market featuring seasonal fruits, vegetables, rice, and other agricultural products as well as historical materials, were held at Songjiang's Yun Jian Granary Cultural and Creative Park to celebrate the symbiotic relationship between farms and the natural world.

A large number of precious historical materials and objects showing the historical evolution of Songjiang's agricultural development over the past century were displayed at the exhibition. 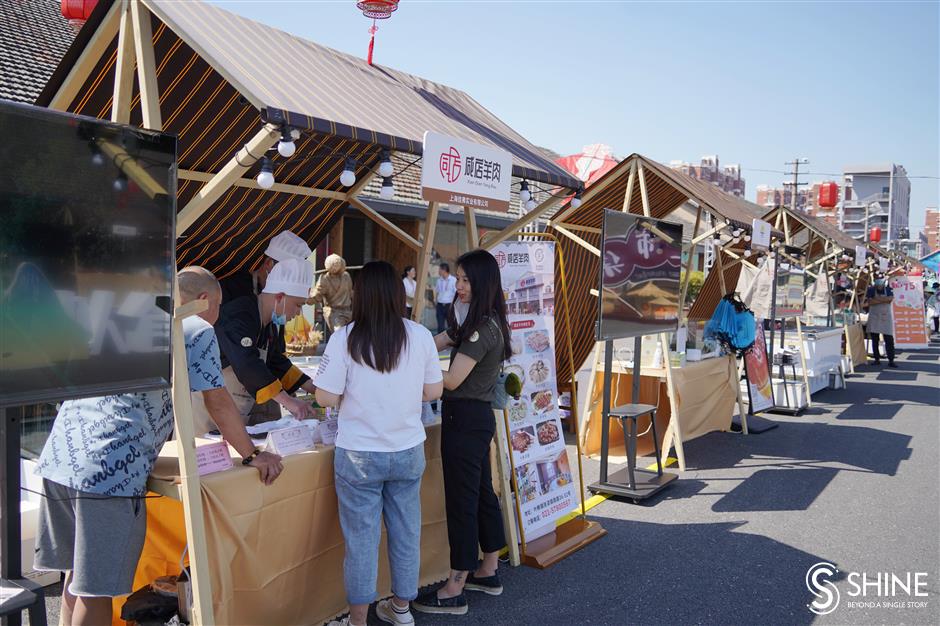 People gather around a lamb booth at the farmer market.

Farmers from different kinds of cooperatives presented and sold their products at the bazaar.

Songjiang Rice, a nationally known rice variety, was a favorite.

The history of rice breeding in Songjiang dates back to the Song Dynasty (960-1279), according to historical records.

Big hairy crabs were also displayed at a booth. 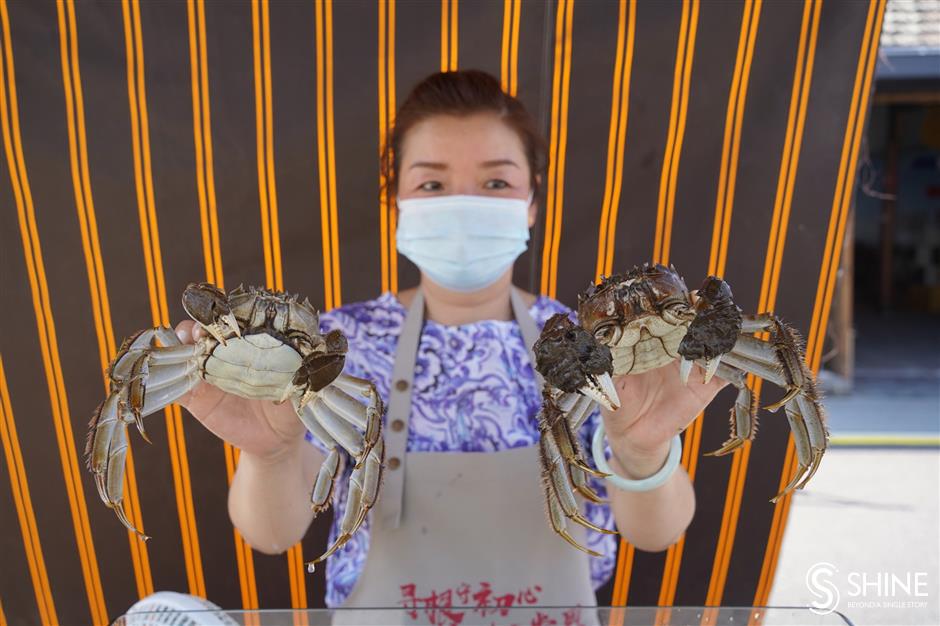 A staff member shows a female crab and a male crab at the farmer market.

"Our hairy crabs were sold out as soon as they hit the market before the Mid-Autumn Festival," said a woman staff member of a Songjiang-based crab farm. "Good hairy crabs should be fresh, sweet and mellow. Now they can only be savored to assuage food cravings. It is not yet the best season for them."

She said that the best season for hairy crabs is expected to be later in October (female crabs) and November (male crabs). Prices of each crab ranged from 80 yuan (US$12.37) to 500 yuan according to their condition and quality.

Some farmers also brought their fruit and vegetable harvests to the event.

"Our pears are mainly organic," said a man from a fruit cooperative. "They are tasty, juicy and sweet."

Starting in 2018, the Chinese Farmers' Harvest Festival is the first national festival created specifically for the country's farmers.

The festival was written into a law on the promotion of rural vitalization this April. 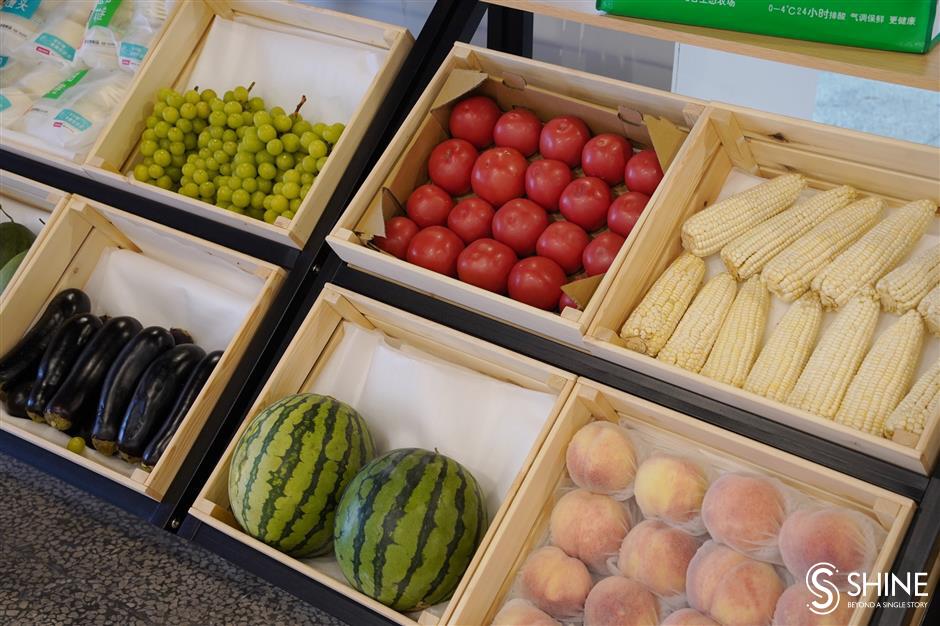 Fruit and vegetables displayed at the event.