All aboard the Shanghai Express for Hamburg 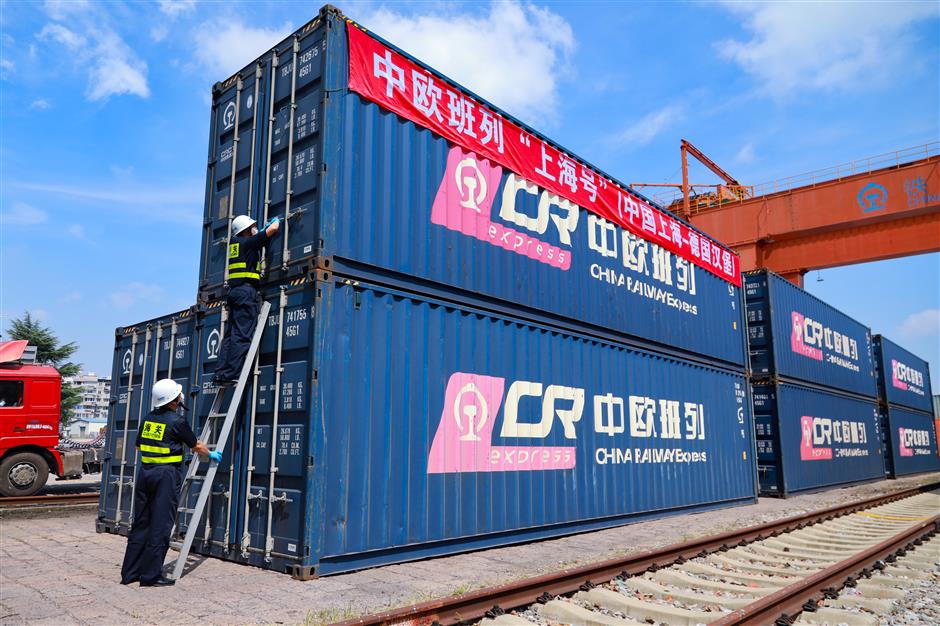 "Shanghai Express" containers are readied for the upcoming departure.

The first freight train providing a railway service between Shanghai and Europe, will depart on Tuesday from Minhang Station in Shanghai destined for Hamburg, Germany, Shanghai Customs said on Sunday.

"The logistics cost of each standard container is expected to save at least 30 percent," Wang added.

The train is scheduled to return to Shanghai from Europe in mid-October. There will also be a batch of exhibits from European countries on the train for the fourth China International Import Expo.

After the first train is shipped, the train will run regularly every week. This provides solutions to alleviate the current tight international logistic capacity and present more logistic options to the Belt and Road as well as European countries, said customs. 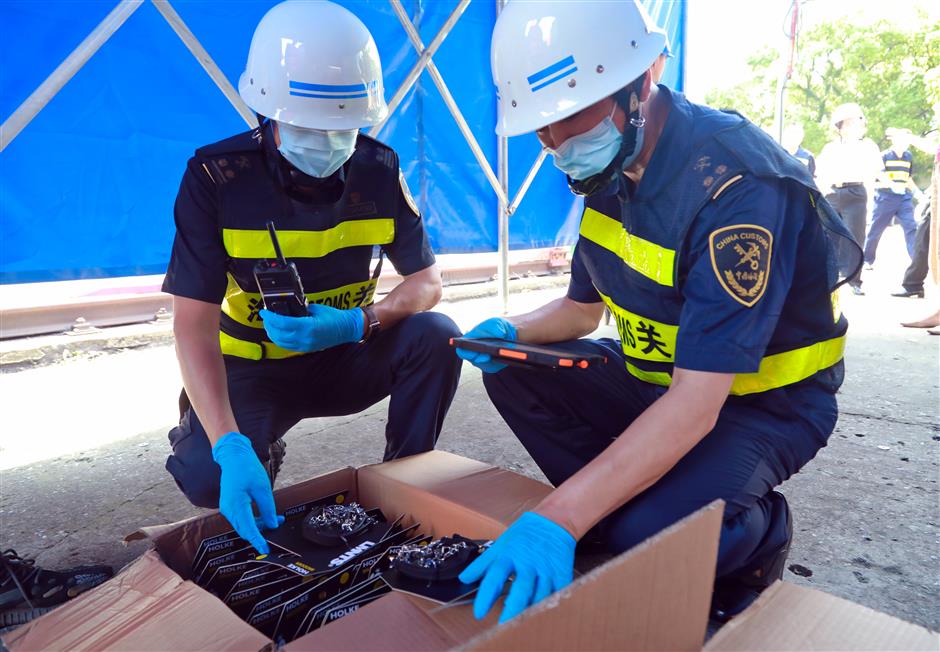 Shanghai Customs officers check goods which will be loaded on the train.