Scientists discuss human innovation in the face of real-life challenges

From the relocation of buildings to the use of nuclear technology, human ingenuity in the face of the challenges of a changing society and limited natural resources was discussed in lectures held at the Shanghai Science and Technology Museum over the weekend.

In Shanghai, an increasing number of historic buildings are being moved to new sites instead of being razed during the urban renewal process. Among them, the relocation of the 91-year-old Shanghai Concert Hall is no doubt a milestone.

The hall was initially built in 1930 as one of the finest cinemas in the city. In the 1950s, it served as the city's first professional music hall. To make room for urban renovation, in 2003, it was shifted by 66.46 meters and elevated over 3.38 meters.

Lan Wuji, chief engineer of the relocation, discussed the project during his lecture.

"We managed to wrap up the structure, cut it from the ground, jack it up and move it to the new site," he said.

He added, "Historic buildings are the best manifestation of a city, and thus we should retain them. But meanwhile, the city needs to be upgraded. Relocation of historic buildings creates a balance." 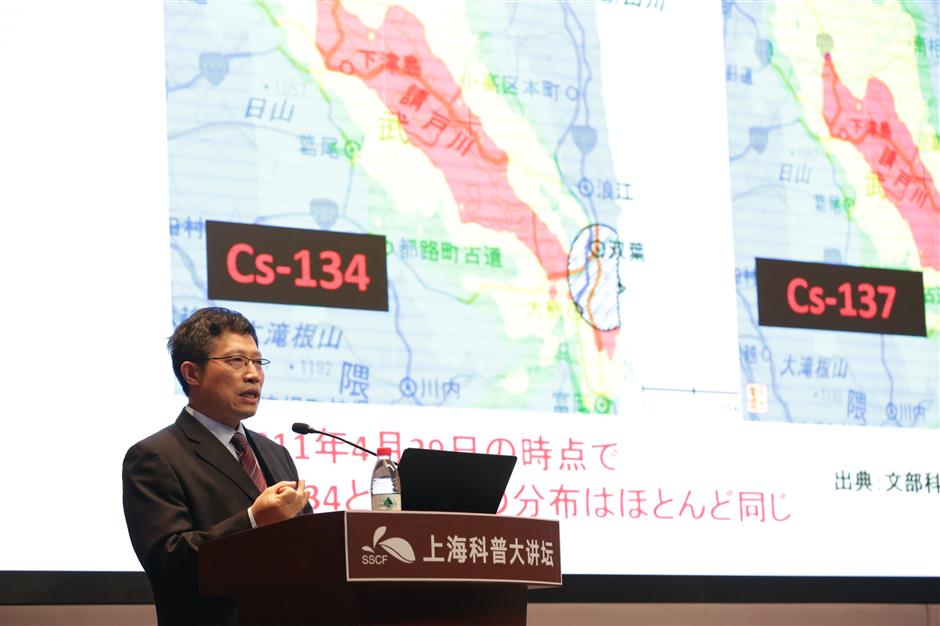 In another lecture, Shao Chunlin, a researcher at the Institute of Radiation Medicine of Fudan University, talked about the two sides of nuclear technology.

There are nuclear disasters, such as those at Chernobyl and Fukushima, but nuclear technology has been widely used in daily life, he said, giving examples of nuclear power, proton therapy, and radiation breeding to promote crop flexibility.

He added, "Once complete, this can save at least 700 million tons of coal every year, almost 20 percent of the country's total coal use."