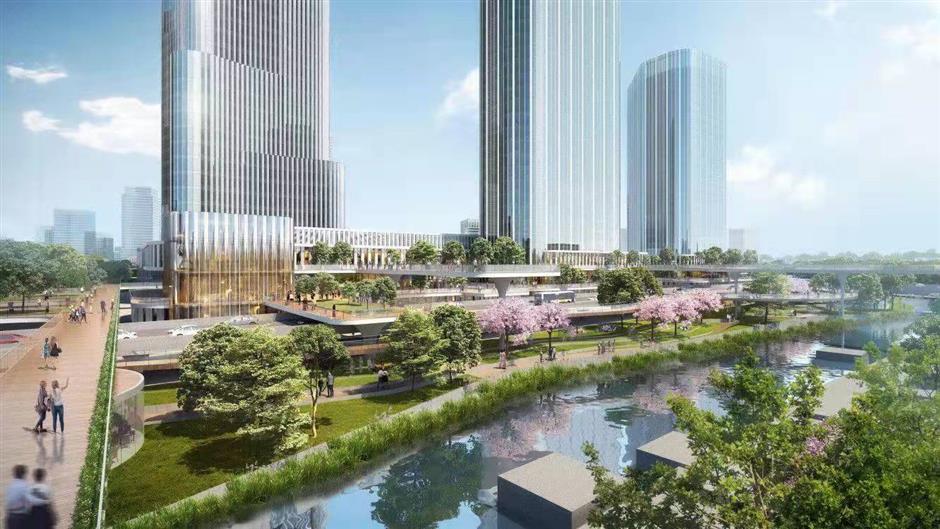 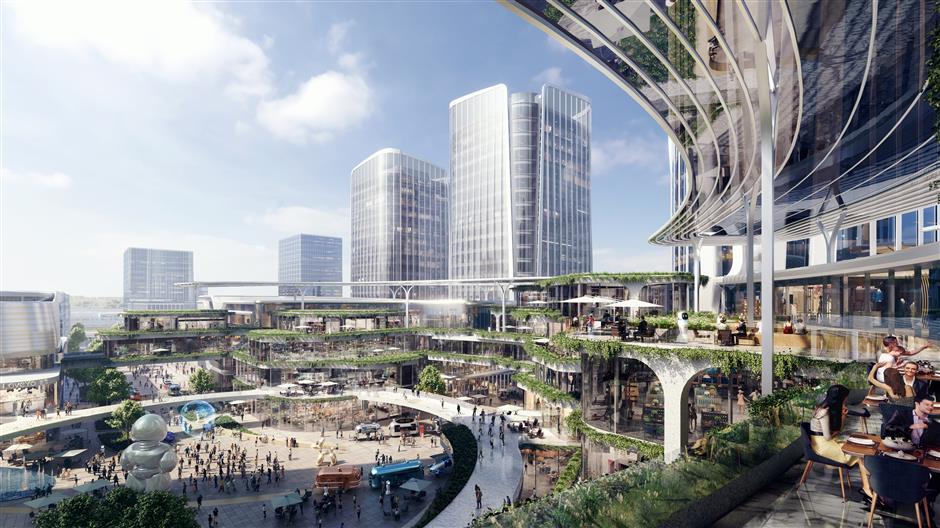 Skyscrapers, international communities and innovation hubs are among 14 projects underway in the Jinqiao Subcenter, spearheading the construction of a futuristic city with vibrancy from underground to the sky.

Jinqiao, in the middle of Pudong, got the ball rolling on 14 key projects, with a total investment of more than 45 billion yuan (US$7 billion), on Saturday.

Highlights include the China Mobile Industrial Research Institute, the 5G ultra high-definition video industrial park and the Biyun commercial complex, as well as office and retailing buildings more than 100 meters high, a penguin-themed hotel, and a performing arts center.

Haichang (China) Investment Company, which runs ocean parks around China, plans to build a regional headquarters in the subcenter to operate domestic business.

"We will also build the only ocean-themed shopping mall, covering 130,000 square meters, in China to allow people to experience the charm of the ocean in Jinqiao," said chief executive officer Zhang Jianbin.

Notably, half of the investment will go to smart manufacturing and future cars, especially industrial leaders in new energy, self-driving and intelligent connected vehicle. 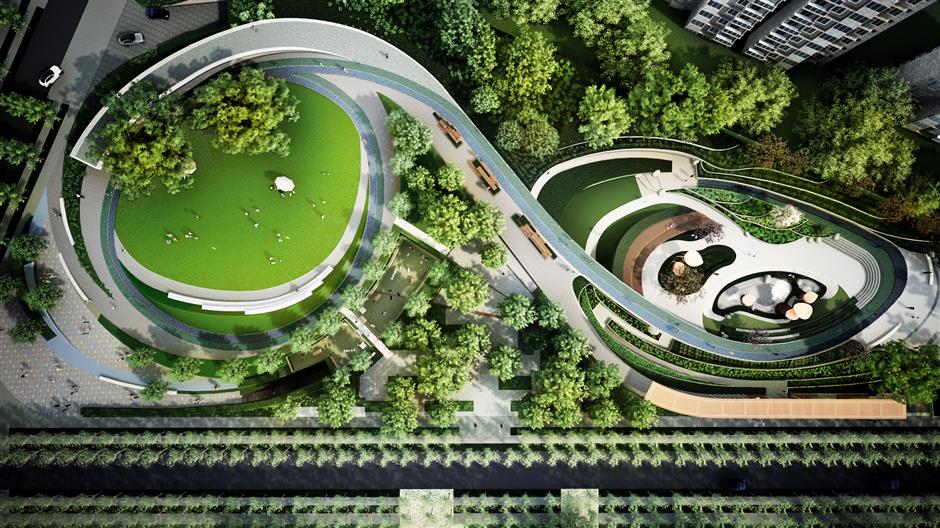 Greenery is a priority. 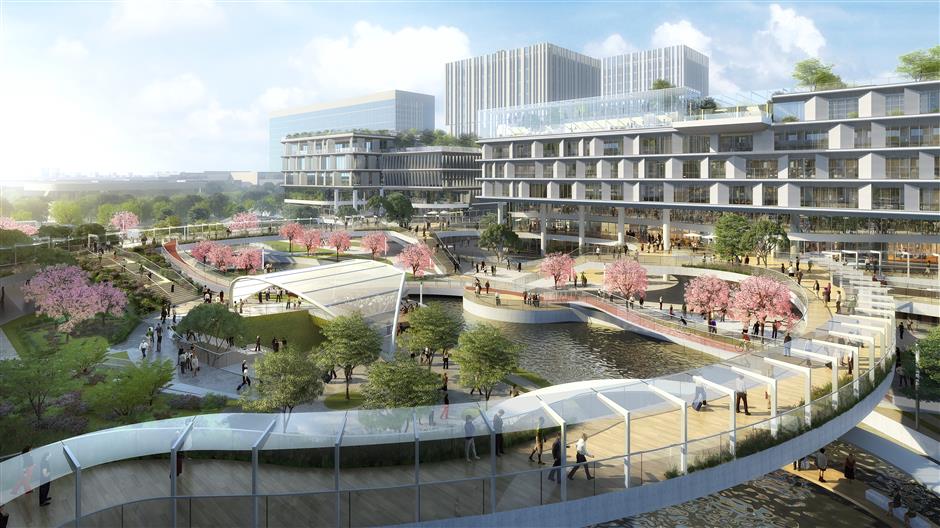 The Alibaba-backed connected car company is known for its intelligent automobile operating system called AliOS as well as digital transportation solutions for both autos and the entire transportation industry.

It has formed cooperation with more than 10 car brands, and it plans to open an intelligent vehicle operating system R&D center in Jinqiao to help with digital transportation.

According to Shen Neng, chairman of Jinqiao Group, Jinqiao is designed as the 3.0 version of urban planning, comparing with Little Lujiazui as the 1.0 version and the New Bund on the 2.0 version.

"It will become a vertical city," he said.

Underground, robot parking system will be installed, and there will be a wide range of infrastructures, including dining, retailing, logistics and flooding control.

Above ground, renowned bilingual schools, a large entertainment center, the largest diving center in Asia, tailor-made innovation centers and office buildings will stand. All buildings are connected by overpass or underground passages. Roofs will be covered with greenery, such as gardens.