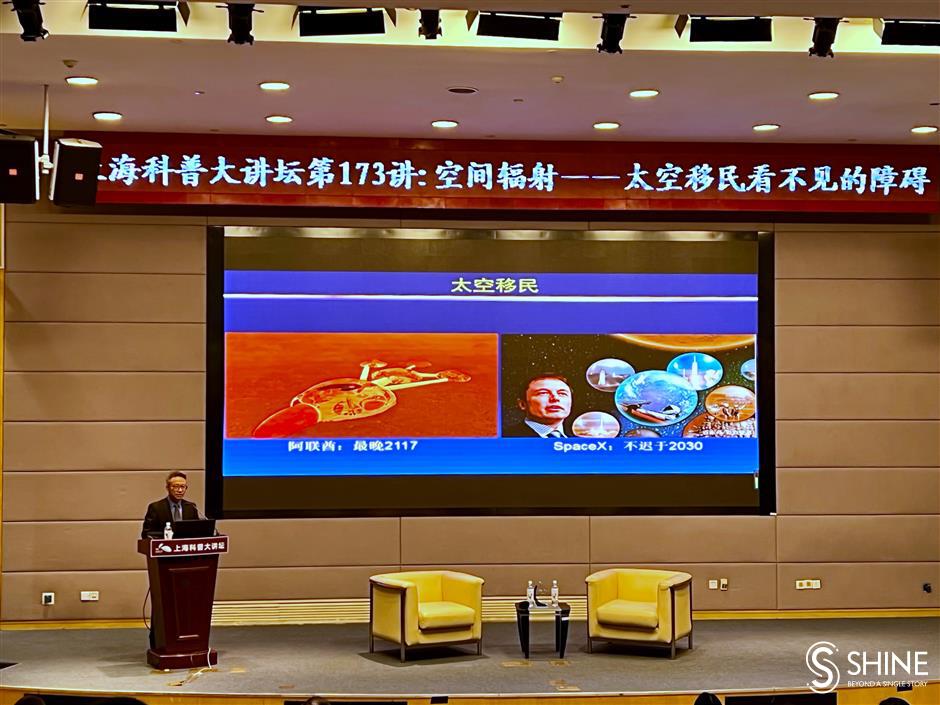 Research on traditional Chinese medicine against outer space radiation is underway, said Zhou Guangming, an academic at the International Academy of Aeronautics.

The ultimate goal of crewed missions is emigration to outer space. SpaceX plans to put the first group of visitors on Mars no later than 2030, and the United Arab Emirates plans to build a city on Mars by 2117. But one of the biggest challenges is coping with radiation in space, he said in a lecture held at the Shanghai Science and Technology Museum.

"The amount of radiation that bombards a person in space a day is almost equivalent to one year's worth of radiation on Earth," Zhou said. "Why do astronauts need people to carry them out of the spaceship when they return? One reason is the loss of calcium. The longer they stay in space, the more harm they suffer."

Research based on twin brothers in which one twin went to outer space shows that the twin who was sent to space was found to have decreased cognitive function and increased chromosome aberration six months after returning to Earth as compared with his brother. Also, US labs found that astronauts are likely to get cataracts, tumors and cardiovascular diseases.

How can spacefarers be protected from radiation? Other than the protection provided by spaceships and space suits, Chinese astronauts also use TCM-based remedies to improve their health. "Today, we are also studying TCM's function against radiation," he said.