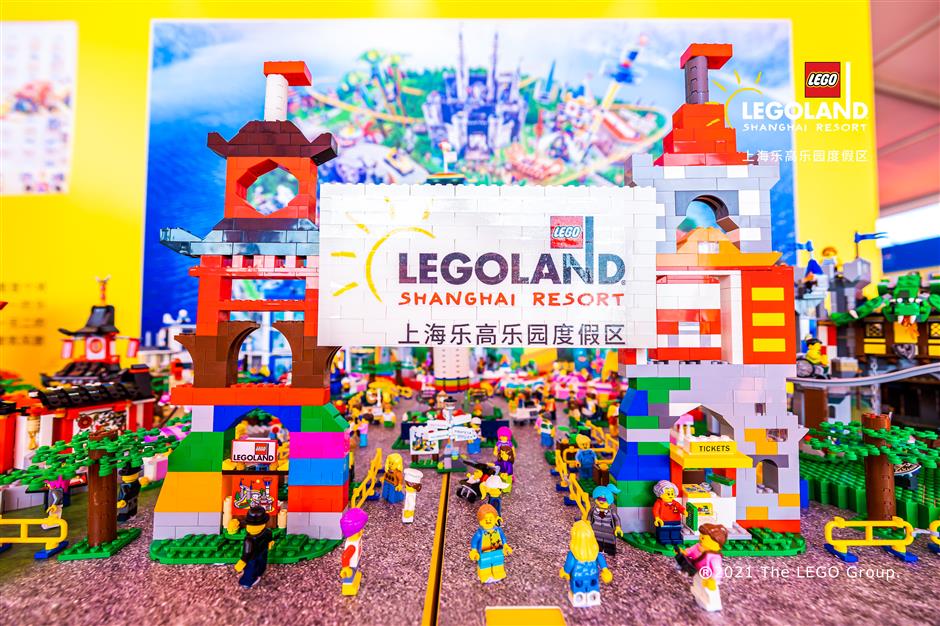 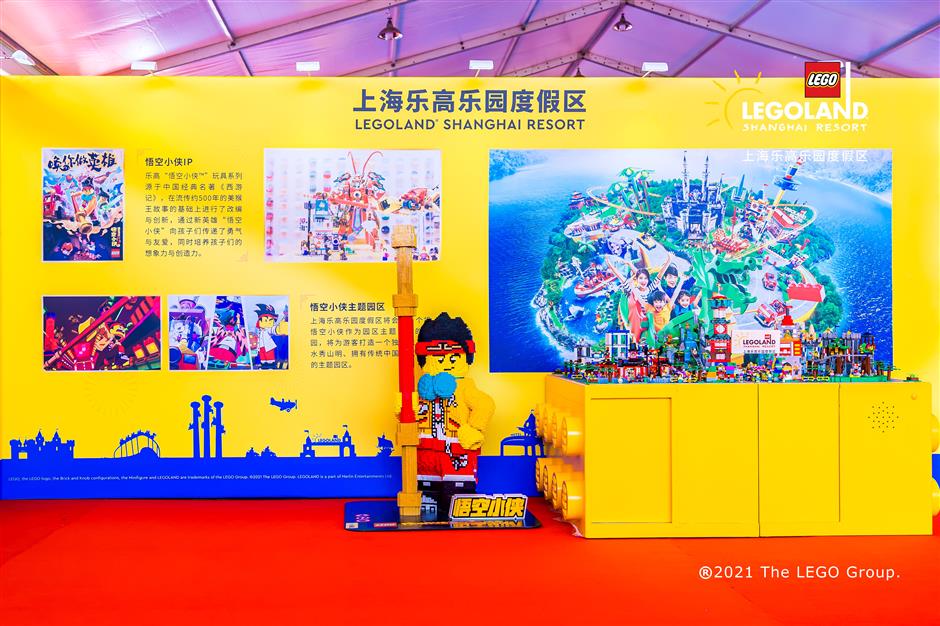 During the groundbreaking ceremony, a giant LEGO brick statue was unveiled as a symbolic gesture of "First Building Block." After the whoops and hollers, bulldozers rumbled into the area to begin work on the international IP-based resort in the Yangtze River Delta area.

The resort, invested by Shanghai Jinshan Urban Construction Investment Group, KIRKBI, Merlin Entertainments and CMC Inc, is set to open to the public in 2024.

It will be spread over 318,000 square meters that will include a theme park, a themed hotel and supporting commercial facilities in Fengjing, an ancient watertown in Jinshan District, roughly 70 kilometers away from the city center.

Notably, it will be the first LEGOLAND park to have a famous LEGO product line inspired by a timeless Chinese legend.

Based on the classic novel "Journey to the West" and its 500-year-old character Monkey King, "Monkie Kid" is designed to connect Chinese children with their heritage and unleash their creativity. Based on the popular book, the resort will build a unique "Monkie Kid" zone that takes in references from traditional Chinese architectural style and China's iconic natural landscape.

In total, the park will feature eight themed areas covering most of the signature and popular attractions and rides of LEGOLAND parks around the world – LEGOLAND Creative World, Brick Street, Bricktopia, LEGO City, LEGO Friends, LEGO Ninjago World and LEGO Castle and the newly launched LEGO Monkie Kid – creating a diversified and immersive theme park experience for both local families and tourists. 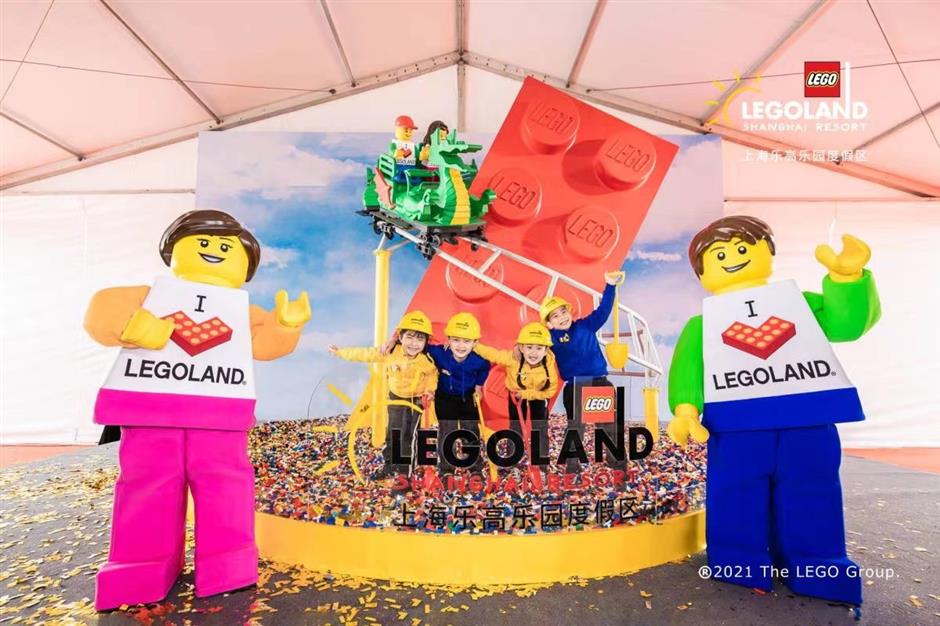 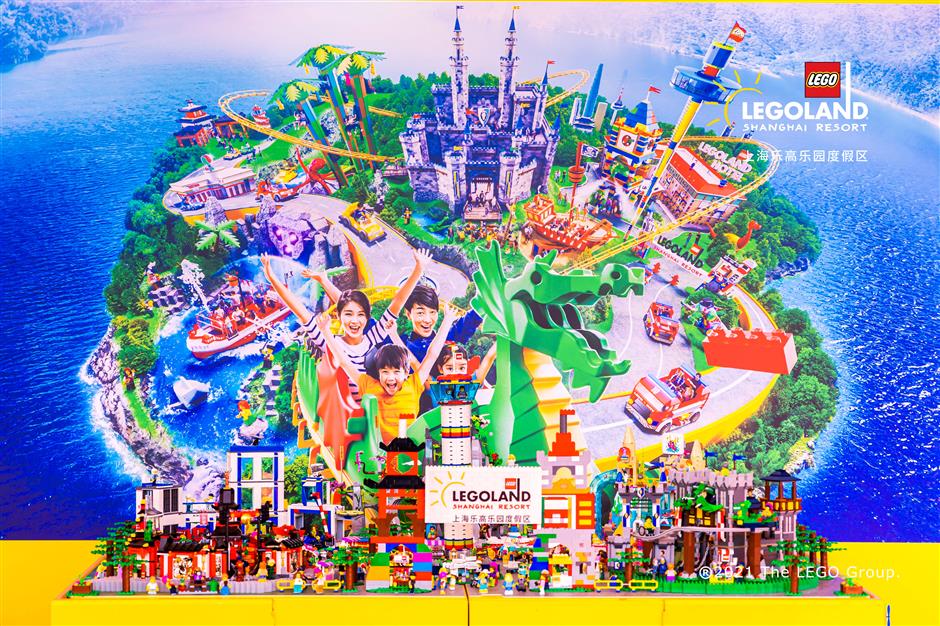 It will integrate popular LEGOLAND attractions with Chinese traditional culture, Shanghai local features and Jiangnan watertown elements to provide a unique immersive theme park experience for visitors, and will be a one-stop family-focused theme park resort in the Yangtze River Delta area.

It is dedicated to bringing fun technological experiences to visitors by designing, developing and introducing new and advanced equipment and facilities, whilst incorporating the LEGO spirit of "hands-on interaction and sharing," and the LEGO concept of "learning-through-play."

Guests will feel and experience the spark created from this combination of traditional Chinese culture and modern interactive technology while enjoying themselves.

"Shanghai was chosen as the ideal destination for our resort as it offers the perfect mix of Chinese and Western elements and is recognized as the center of the economy, finance, culture and trade for China," he said. 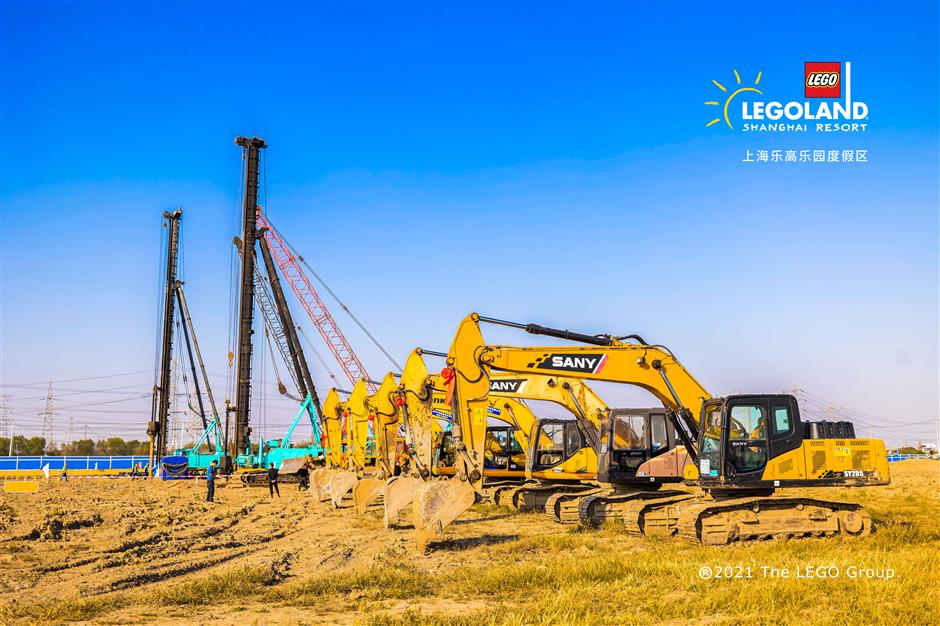 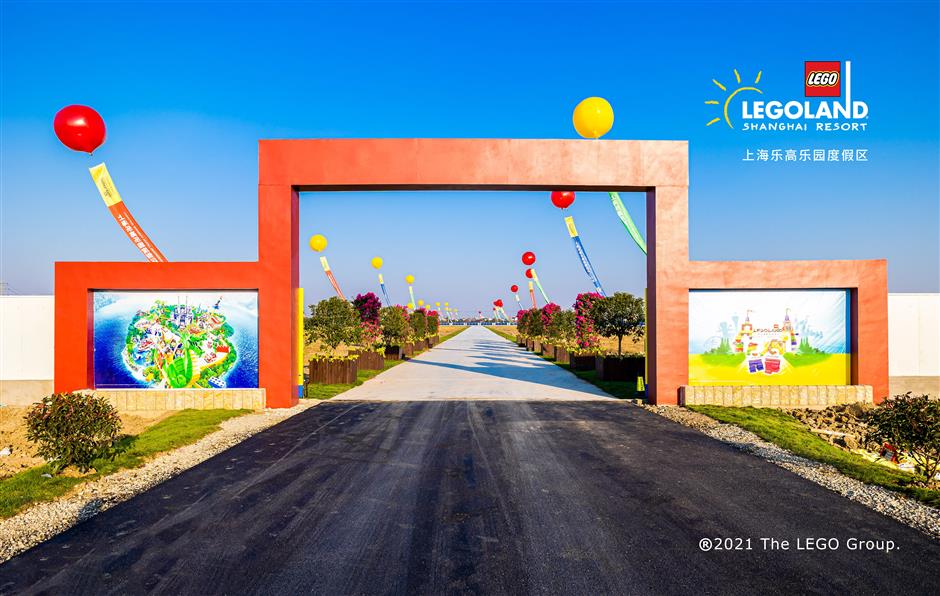 "The design of the resort incorporates many of the most iconic LEGOLAND experiences, as well as elements of traditional Chinese and Shanghai culture. We aim to provide visitors with diversified, interactive, immersive and fun theme park experiences that will enhance the connection between parents and their children."

During the third China International Import Expo in 2020, Merlin Entertainments officially announced its agreement to develop a LEGOLAND resort in Jinshan.

With the support of the local governments, the project has turned into a city brand project for establishing the "Shanghai Bay Area."

Jinshan is focused on building LEGOLAND Shanghai Resort according to world-class standards by optimizing regional transport services. It is also progressing with the corresponding development of the resort's surrounding environment.