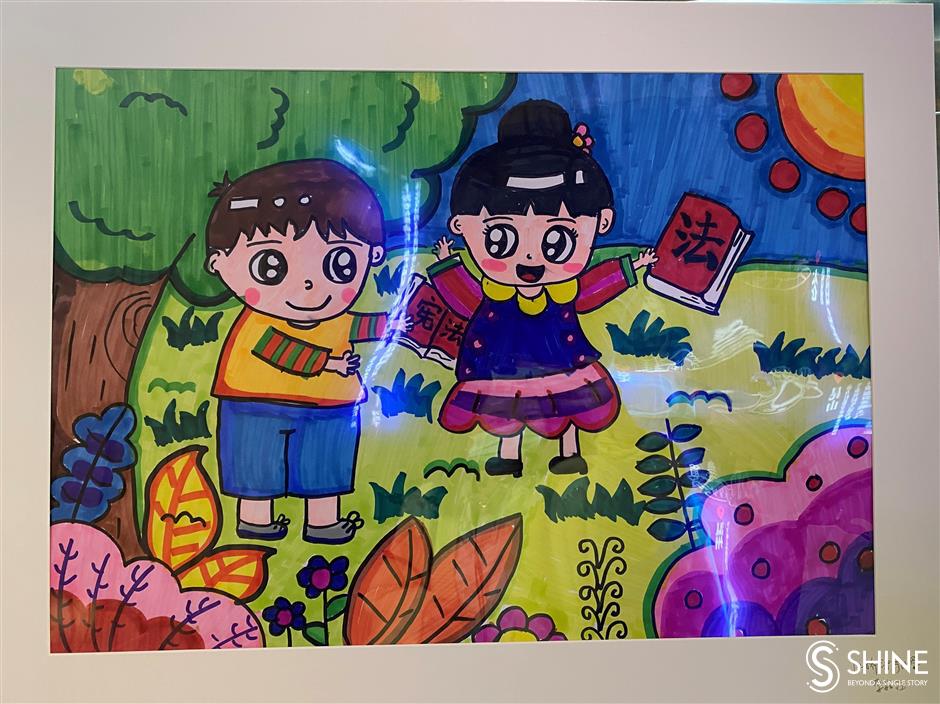 Paintings created by children are displayed in Jiading District.

Twenty beautiful paintings created by children were under the hammer in a theme event hosted by the Jiading District People's Procuratorate on Friday, ahead of Saturday's World Children's Day.

All the proceeds will be used for a minor's mental help project, "Blooming·Smile," which was initiated by the district's procurators, jointly promoted by government departments, caring enterprises and other parties to provide psychological counseling and assistance for minor victims of criminal cases.

Over 100 paintings are displayed, and 20 stood out and were auctioned at the event.

"I like to participate in such events," said Ding Qiong, an 8-year-old boy who has a Chinese mother and German father. "I have been studying painting for nearly four years. I created this painting independently."

"The event was beautiful!" said Ding's father, Martin Jeschke, who has lived in Shanghai for more than eight years. "I enjoyed it, and especially for children it was meaningful." 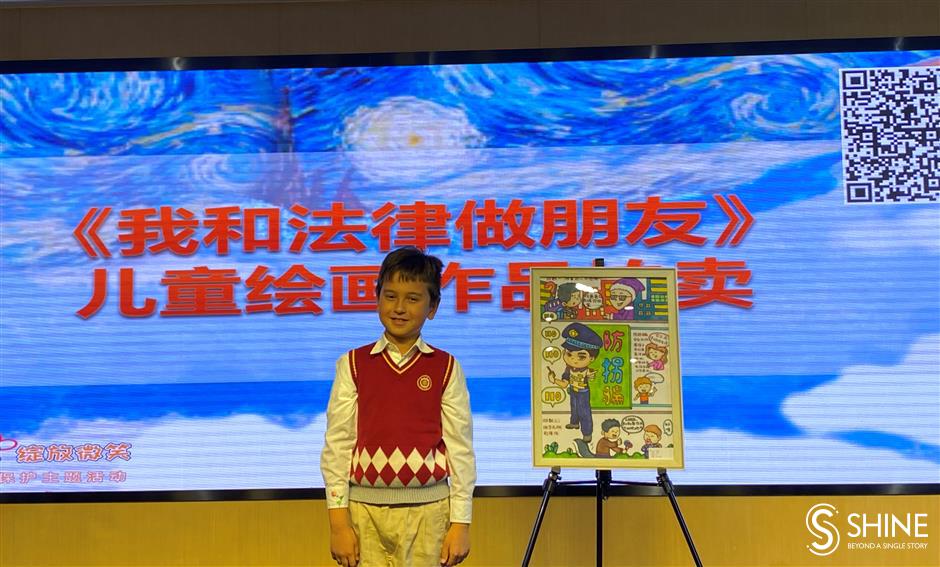 Ding Qiong talks about his painting at the event.

A public welfare microfilm "Shouhu" (Guarding), which tells the story of a boy who was sexually molested but has nowhere to turn to, was released during the event.

In his dream, the boy's late father turns into Ultraman and defeats the bad guys, prompting the boy to pluck up the courage to tell his mother what happened.

It was produced by the team of a children's sexual safety education project and received help from all sectors of society.

Microfilms, a painting auction as well as a cultural and creative products highlighted Shanghai prosecutors' efforts to protect minors, which began in 1986.

This year marks the 35th anniversary of the establishment of juvenile protection work in the city, the Shanghai People's Procuratorate said on Thursday

As the first district to start the protection of minors, Changning District prosecutor cracked down on books involving suicidal speeches this year. 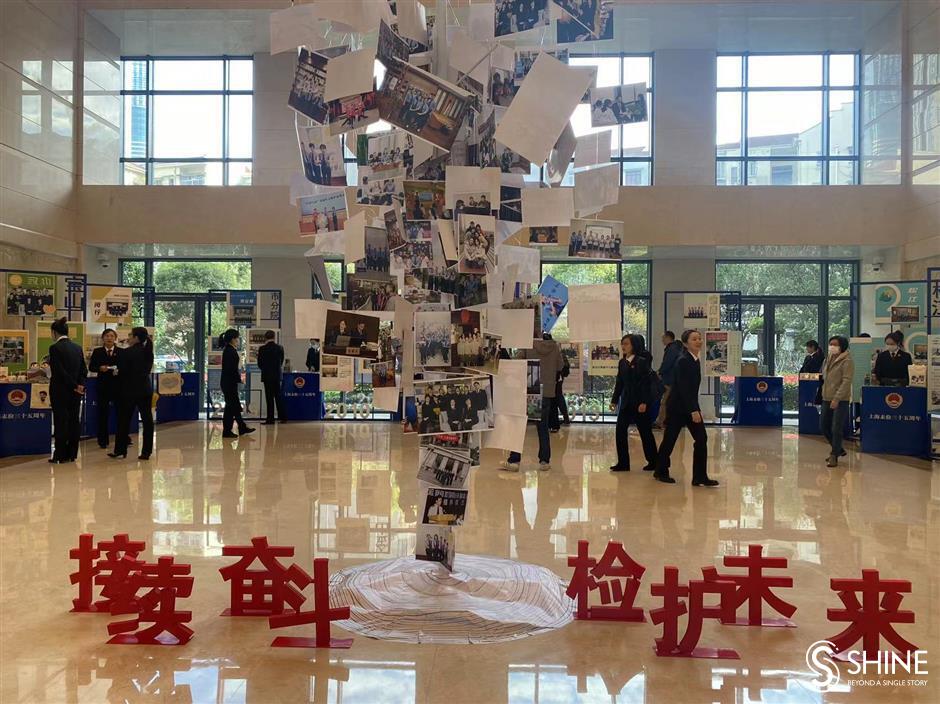 Cultural and creative products provided by the city's procurators are displayed in the hall of the Shanghai People's Procuratorate on Thursday. 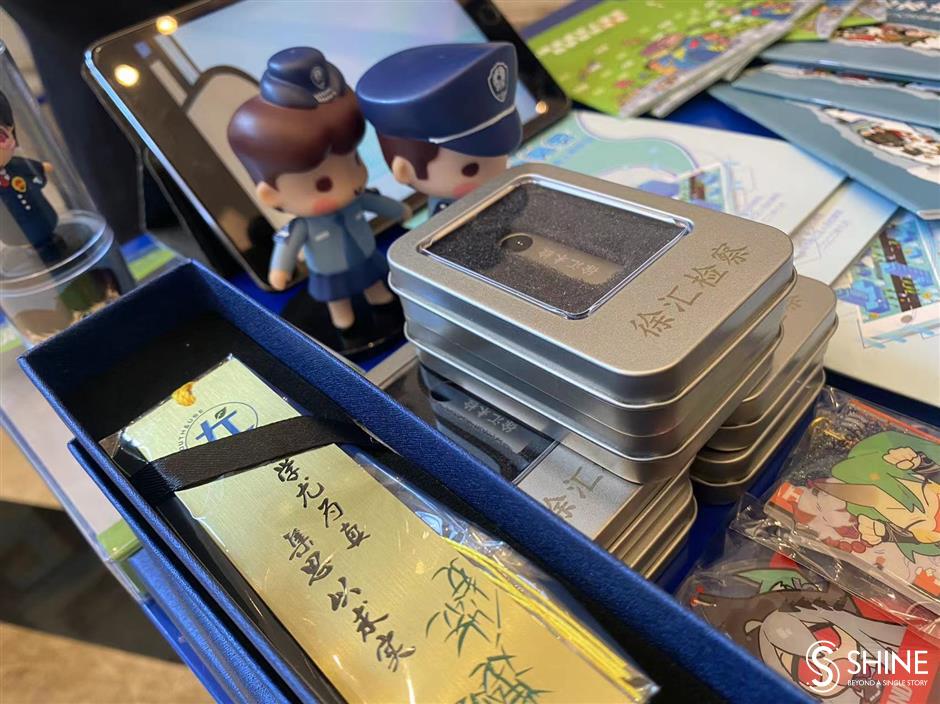 The cultural and creative products provided by Xuhui District's procurators