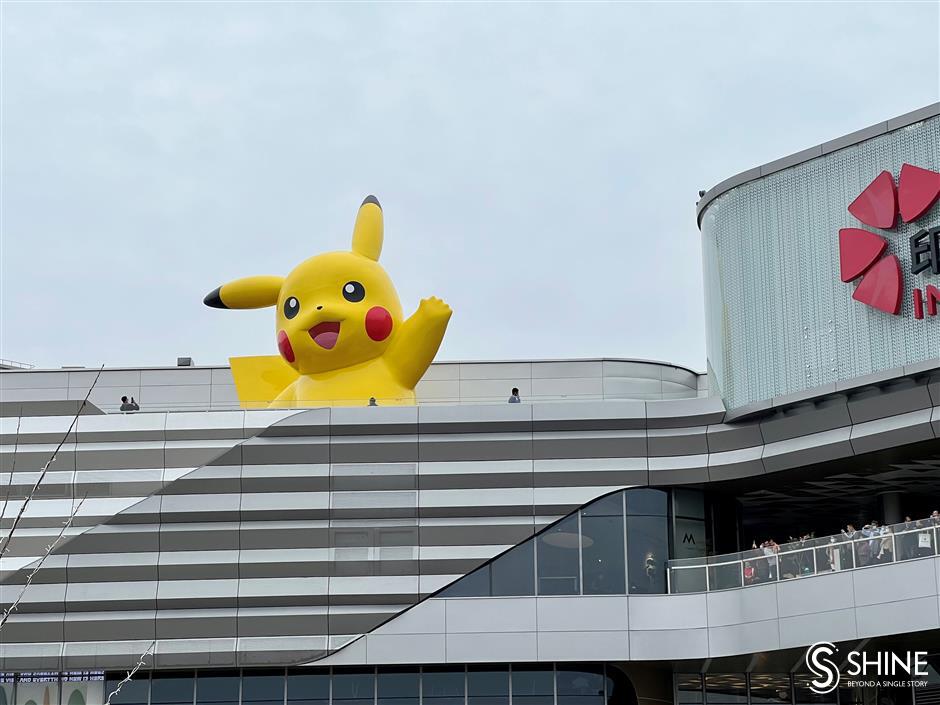 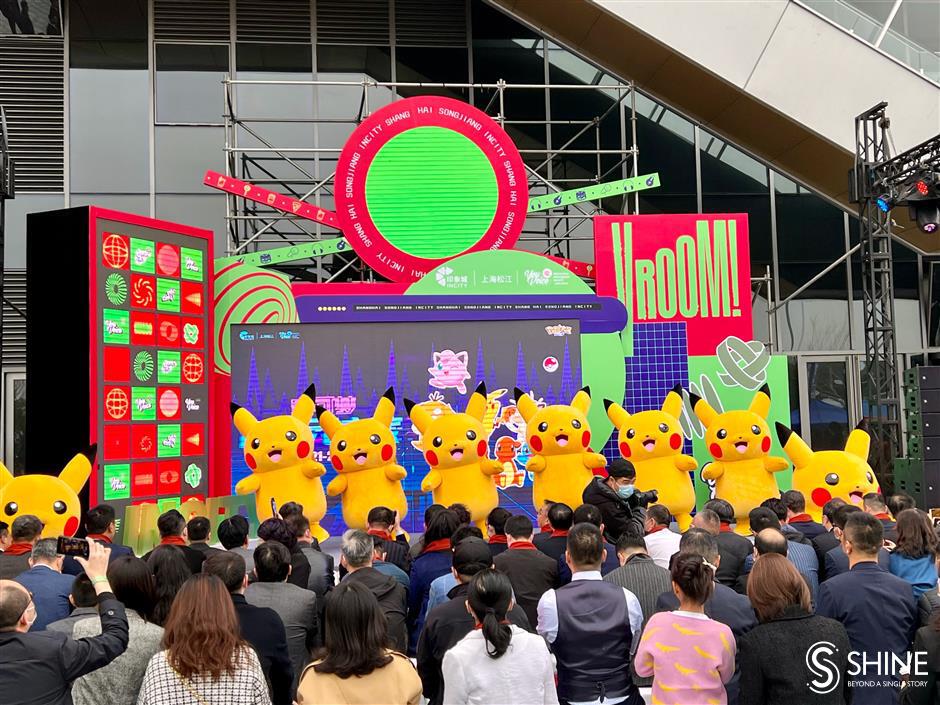 With one ear flattened and two round blushes on its cheek, the chubby yellow rodent Pokémon sits atop the roof on the fourth floor of the shopping mall. Not far, Mew, a pink psychic-type Pokémon, floats in front of the gate with its long tail twining around a pillar.

Their debut marked the grand opening of the Songjiang INCITY on Sunday, and made it the only one in the world to have large Pokémon statues. 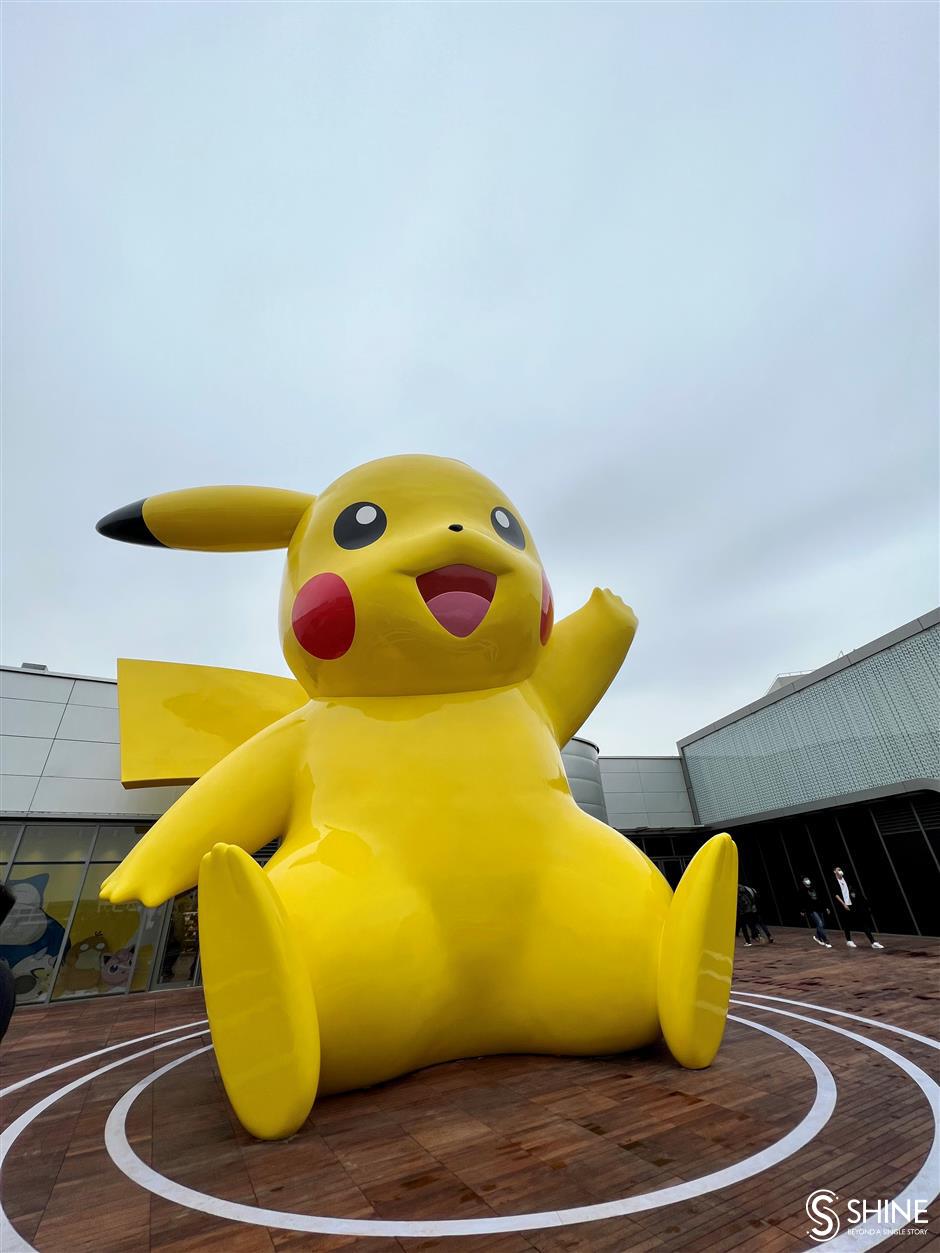 Pikachu sits atop the roof. 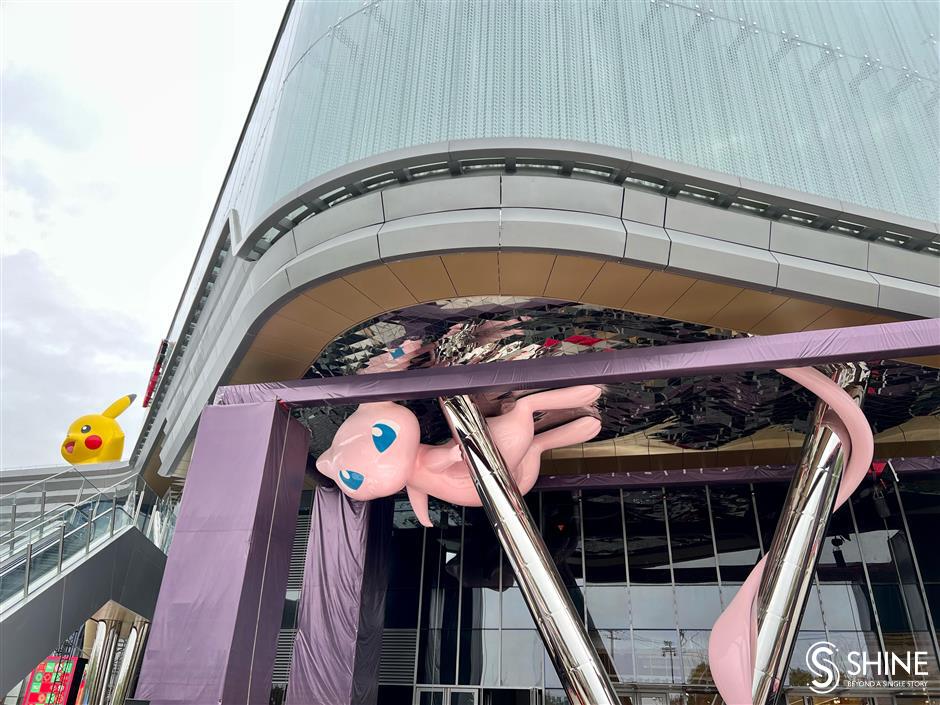 The mall, on Lane 1788 Guangfulin Road in Songjiang District, signed agreements with Pokémon in September 2019 to develop the company's popular IP in various fields.

"It's not only about using these images, it could expand to cultural promotion, products development and even community networking," Wu Zhengcheng, from the mall's marketing development said. He described it an attempt to better integrate IP with commerce. 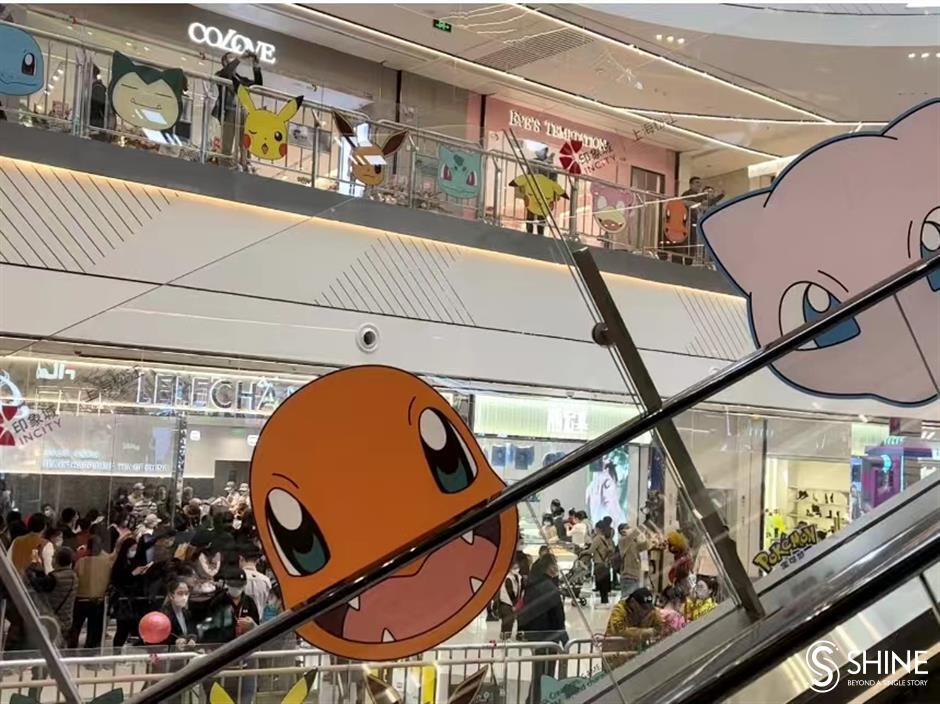 There was a parade of dozens of life-size Pikachu. They danced and interacted with guests. As elevators ascend and descend, Charmander, Squirtle, Bulbasaur and other Pokémon greet guests with smiling face.

There is also a Pokémon-themed bus taking guests to the wonderland of Pokémon. And there is a life-size claw machine allowing guests to play claw and get Pokémon balls. 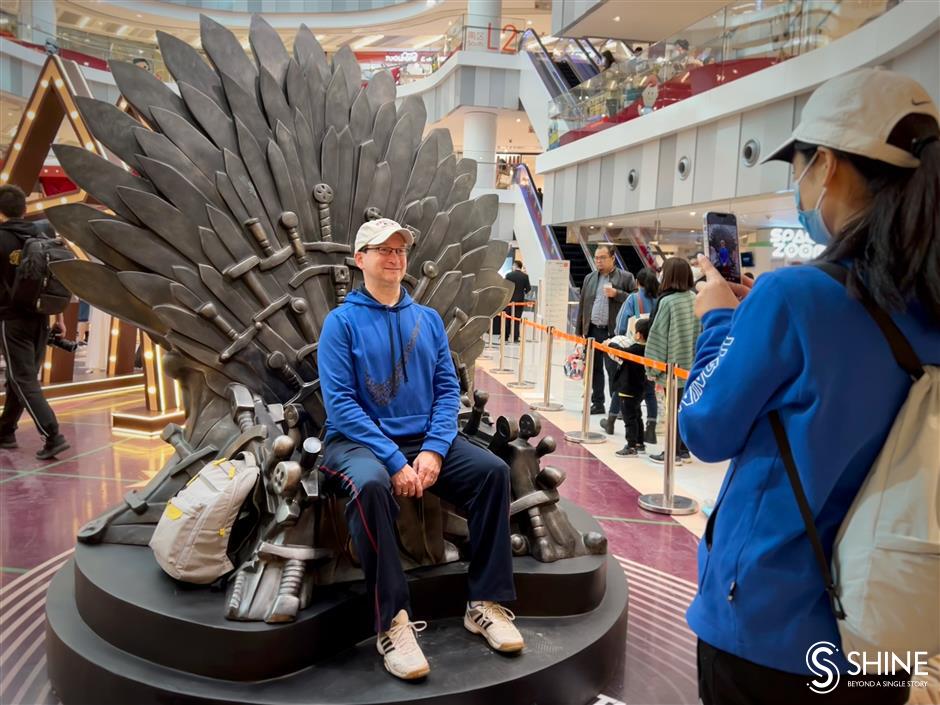 A foreigner sits on the Iron Throne. 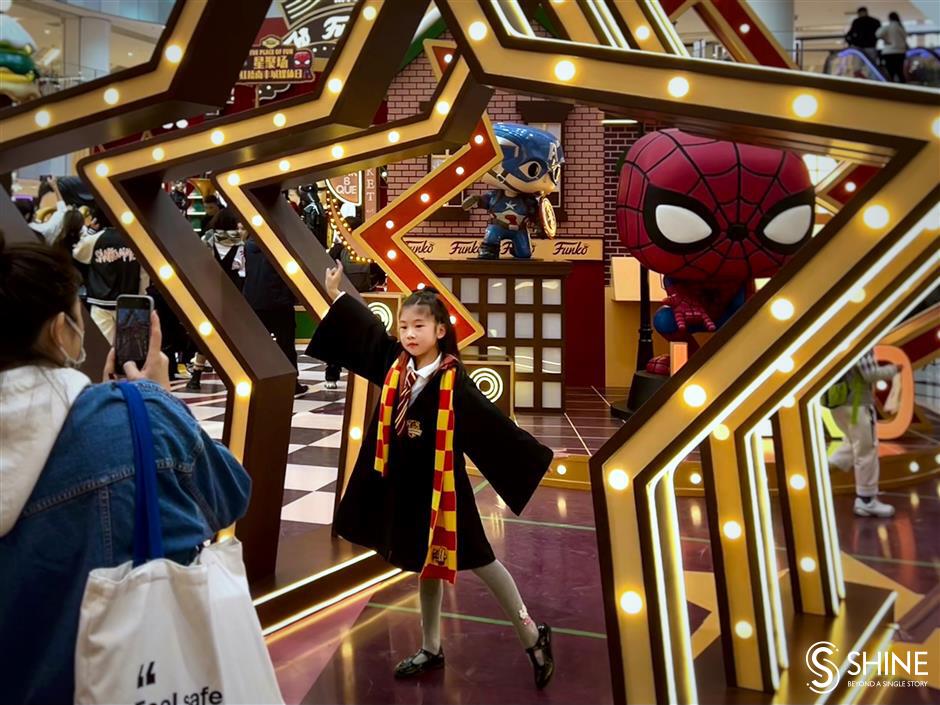 Other popular IPs, such as Harry Potter, Monkey King and Marvel heroes, are coming to The Place on 100 Zunyi Road in Changning District.

Through January 9, 2022, an exhibition called "The Place of FUN" is held on the ground floor. It is designed like a Broadway show venue, allowing guests to immerse themselves in movie scenes and interact with beloved characters.

After the exhibition, there is a pop-up "Funko Pop" store, offering more than 100 figurines and collectibles of popular characters. 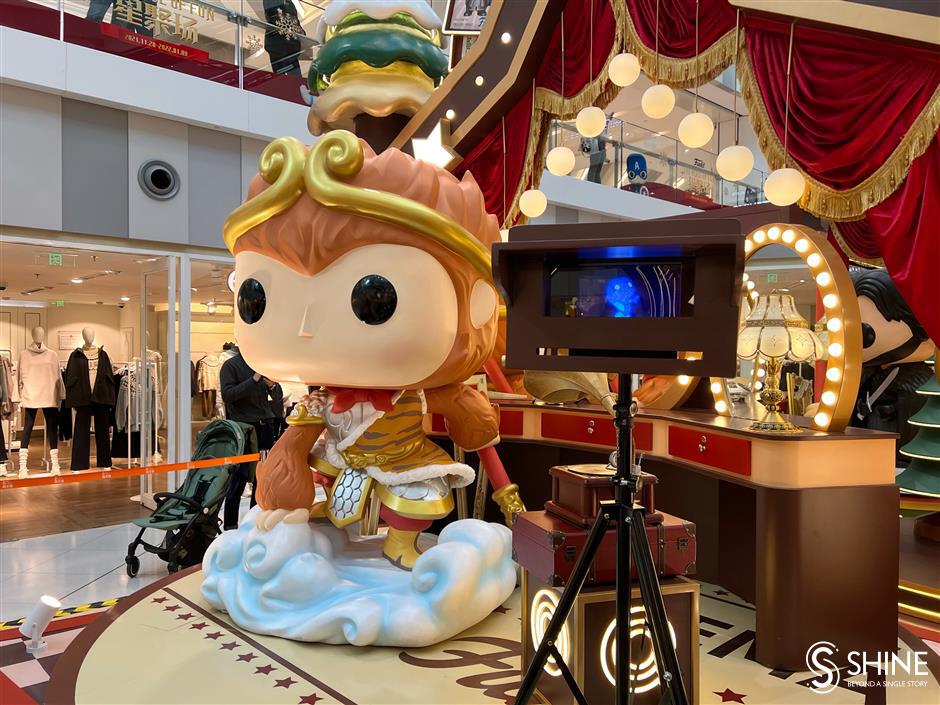