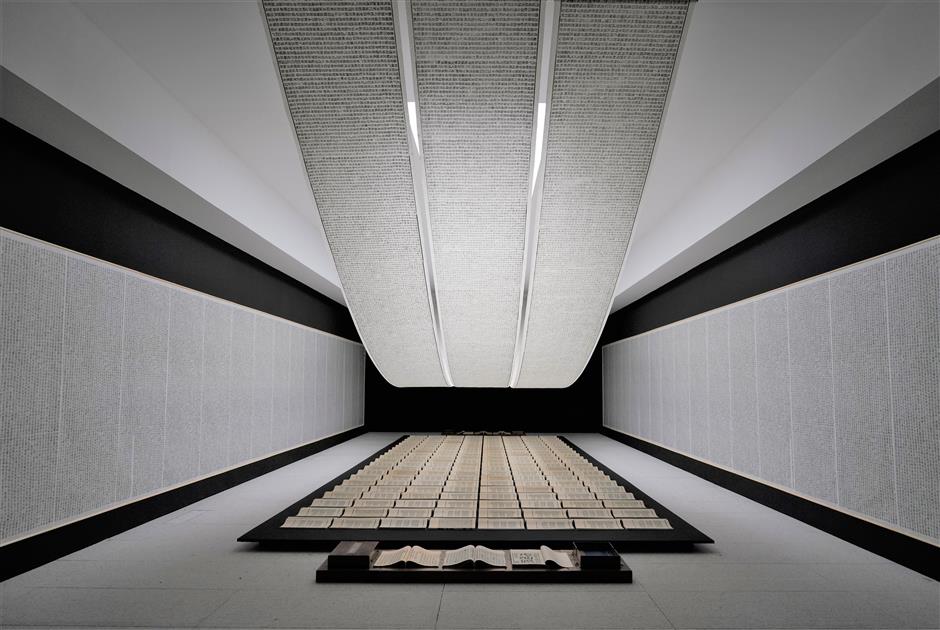 Book from the Sky.

Pseudo-calligraphic characters are written across the Museum of Art Pudong, creating an artistic approach to languages.

"Xu Bing: Found in Translation," to be held through August 23, 2022, displays more than 70 pieces of works by celebrated Chinese artist Xu Bing, including prints, sketches, installations, manuscripts, videos and documentaries.

Book from the Sky, hailed as a monumental masterpiece of Chinese contemporary art, takes the place of Sir John Everett Millais's "Ophelia" in the A1 exhibition hall.

The giant installation features about 4,000 "fake" Chinese characters appearing to be real ones. It's like seeing a familiar face but unable to utter that person's name.

Its format, arrayed like ancient Chinese classics, looked so "authentic" that the audience could not believe that these exquisite texts were ultimately making no sense. But it represents Chinese athletic aesthetics and attracts people to read. 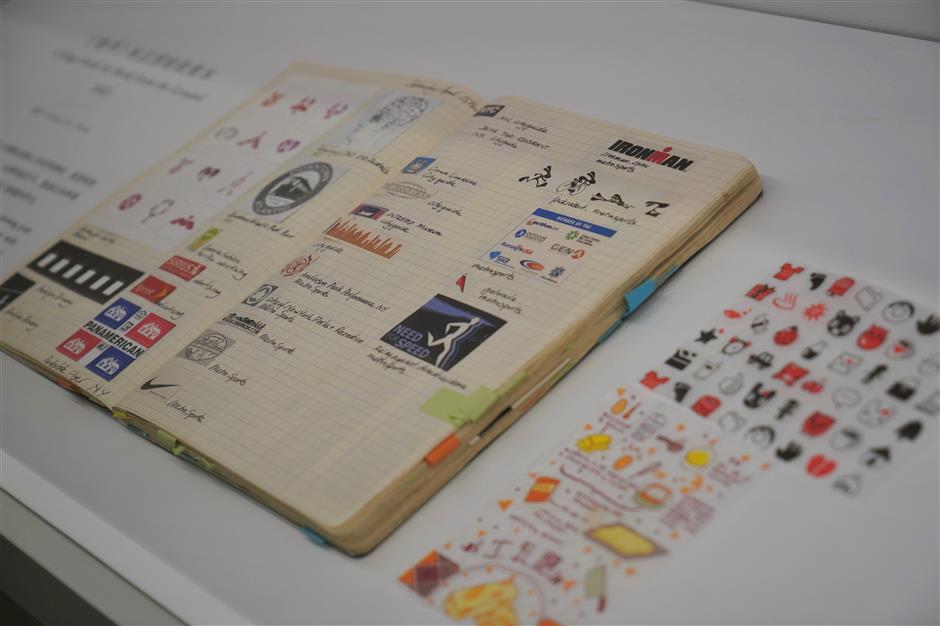 Book from the Ground.

Xu hopes to challenge the status quo of knowledge, break the disparities caused by geographic and cultural differences, and germinate the idea of "universal" language.

Hans De Wolf, academic host of the exhibition, said Xu "opened the vein of human creativity by shaping his own, new languages." The work played a turning point in Chinese art world "after which it became mature overnight."

"Those characters are so convinced of themselves, that the message, as such, has no importance any more," he said. "Every single word from the book celebrates the universal system of language, expressing the fact that in Xu's art that ultimate idea of language comes to its final completion."

Other highlights included "Book from the Ground," a book complied using only symbols and emoticons and "Monkeys Grasp for the Moon," an installation consisting of words for "monkey" in 21 languages. 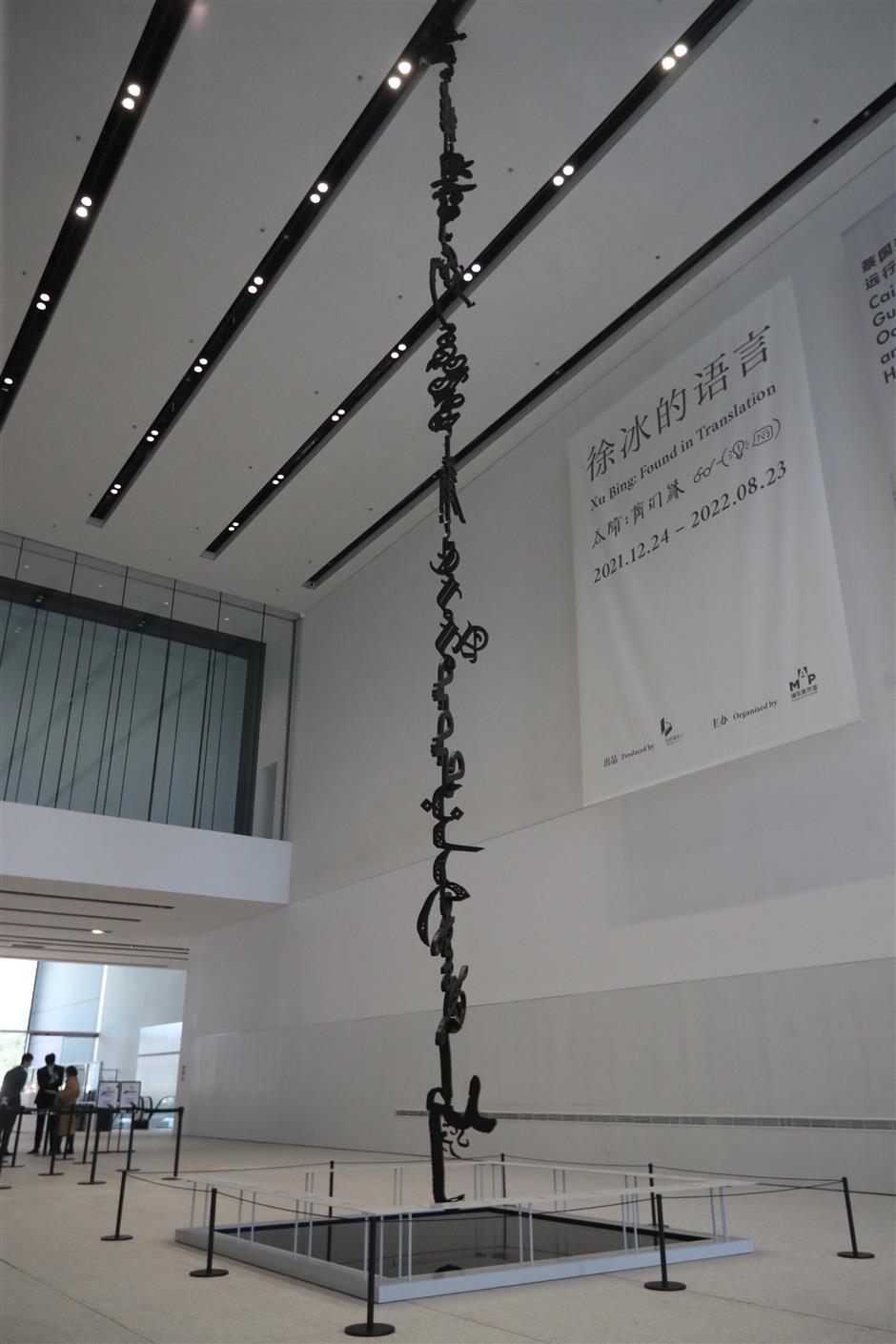 Monkeys Grasp for the Moon.