No burst water pipes reported despite plunge in mercury 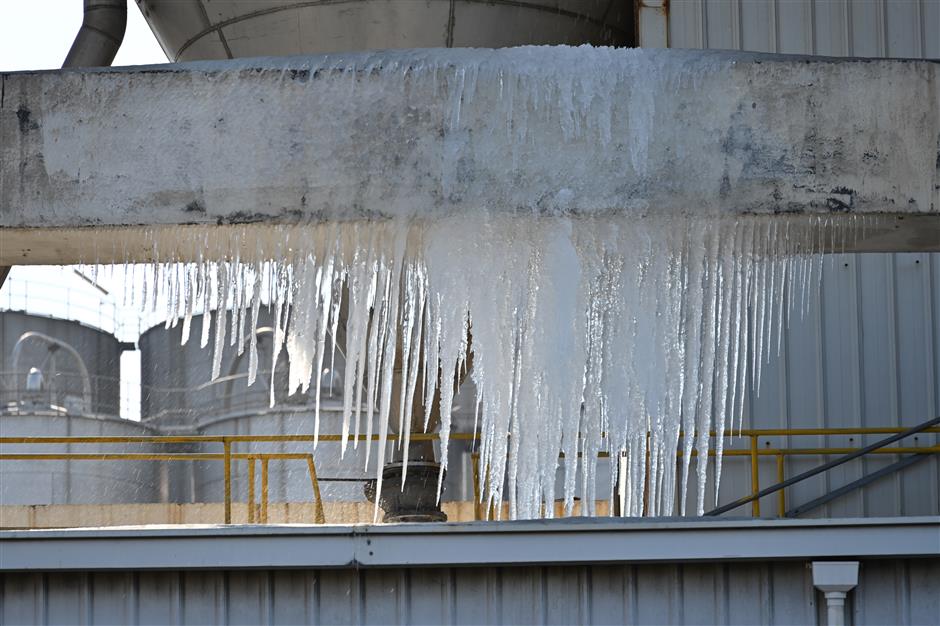 Icicles form in Shanghai amid the cold weather on Monday.

The lowest recorded temperature in Shanghai during the frigid weather on Monday was minus 4.1 degrees Celsius, which was measured by the city's manned weather observing station on the island district of Chongming, local weather authorities said.

Despite the cold snap, however, no calls regarding burst water pipes or broken water meters were received by the local water hotline 962740, compared with last year's more than 60,000 burst water meters, Shanghai Chengtou Group said on Monday

About 1,750 staff members were on 24-hour standby to deal with any emergency situation during the frigid period.

Also, the video diffused through media and social platforms reminded and taught local residents how to protect and wrap up their pipes and water meters in advance.

Some property management companies issued notices and tips for home owners to check their water pipes before the mercury plunged.

Housekeepers of the Dongtanjiayuan residential complex in Chongming District helped owners who could not cover their water pipes.

"I let one of the complex housekeepers to help me wrap up the water meter and pipes," a woman, surnamed Cai, told Shanghai Daily. "They also sent me a video when doing the job."

The cold wave, meanwhile, will begin to weaken from Wednesday, with highs returning to around 8 degrees and lows to around -1.

The weather during the upcoming three-day New Year holiday will be sunny and cloudy, with mercury ranging between 2 and 11 degrees. 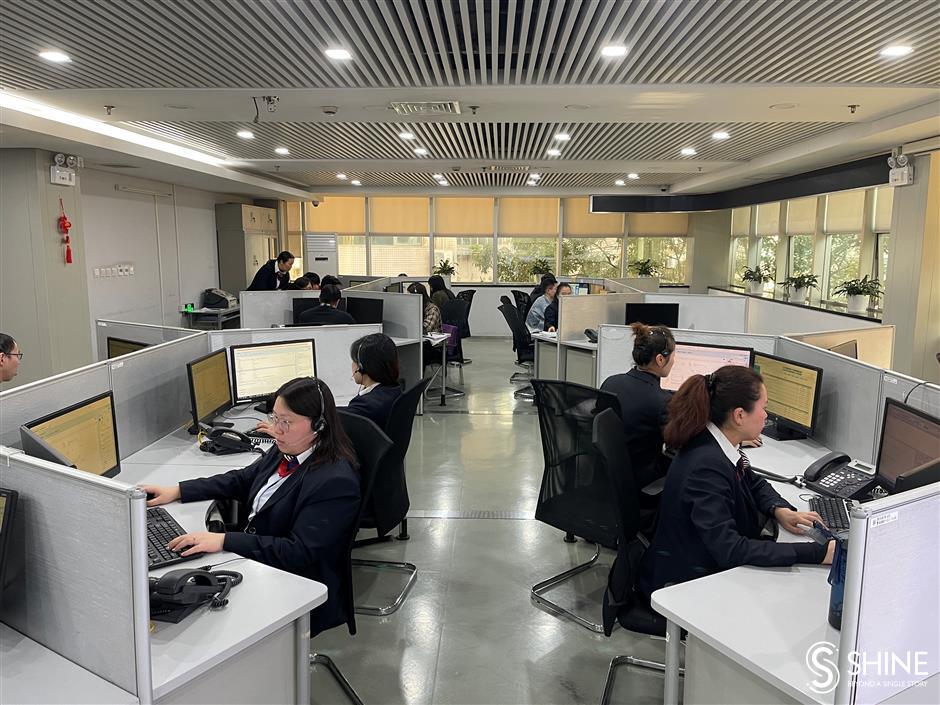 Staff members on the water supply hotline 962740 are on 24-hour standby during the current cold snap.

Injury amid the cold days

Meanwhile, a woman was injured by a falling road sign in downtown Hongkou District on Sunday amid the frigid weather, Shanghai Morning Post reported on Monday.

At around 12:36pm on Sunday, the woman, on an electric bicycle, was passing Kunshan Road from south to north along Sichuan Road N. when a three- to four-meter-high road sign on the east side of Sichuan Road N. crashed down, knocking the woman to the ground.

A witness recalled that the woman wore a helmet when she was hit by the sign.

"Otherwise, she would have been seriously injured," the witness said.

Road management staff rushed to the scene as soon as possible and found that the pole was too old to bear the sign, plus the cold weather and strong wind, caused it to crash.

The woman is being treated in a local hospital and is in stable condition, according to the report. 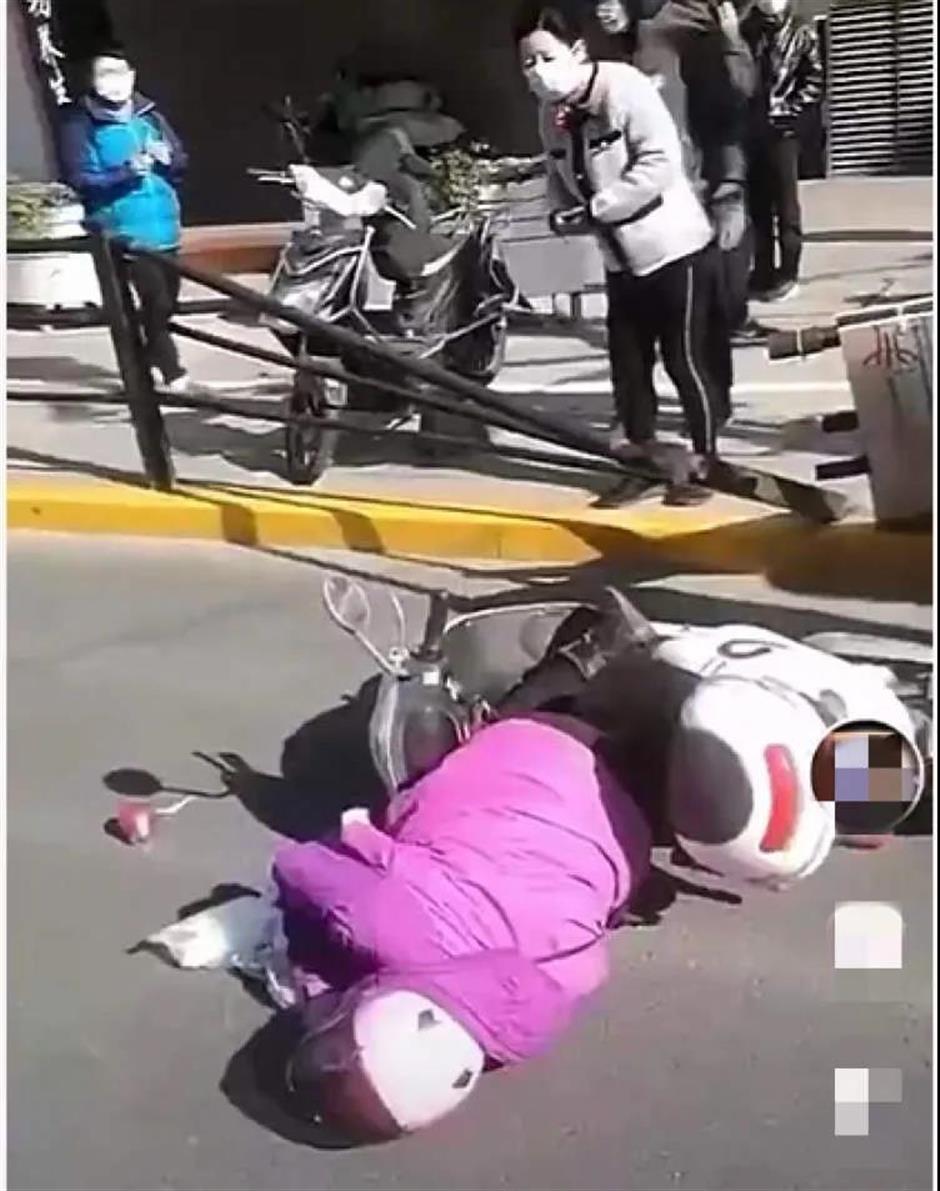 A netizen takes a picture of the woman injured by a fallen street sign in Hongkou District on Sunday.