An unofficial guide to fresh food delivery during community lockdowns

Shoppers in Shanghai are turning to social networks and chat groups to keep each other advised on the best timing to secure fresh food delivery.

Unofficial tips have been circulating on social media, as local residents share their experience with friends and strangers.

A notice on Freshippo's app notifies users it opens for online bookings at 7am every day.

Freshippo notified users it opens for online bookings at 7am every day. The availability and schedule vary in different districts.

"I would also suggest placing orders between 5am and 6am, because delivery staff usually become fully booked around 9am," she said.

Orange Xiaoguai said on Weibo that she was told to try MissFresh's delivery service, which she used for fresh vegetables.

Community-based grocery stores such as Qiandama and Tramy are offering on-demand service through WeChat groups for neighborhoods near their outlets. 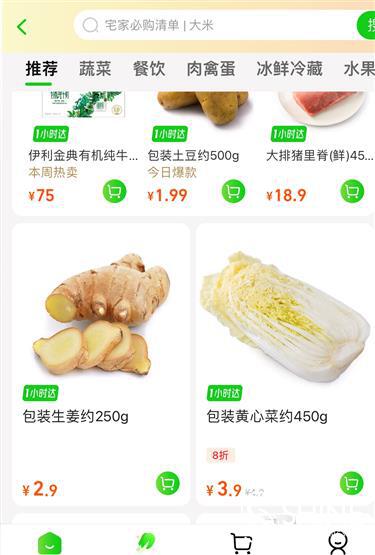 Other options and reminders:

For those who can visit physical stores, refrain from using delivery services so they can focus on neighborhoods under lockdown.

Dada Group's JD Daojia delivery service connects with major retail chains and standalone grocery vendors. Its estimated delivery time is usually faster, though products might be limited based on your exact location.