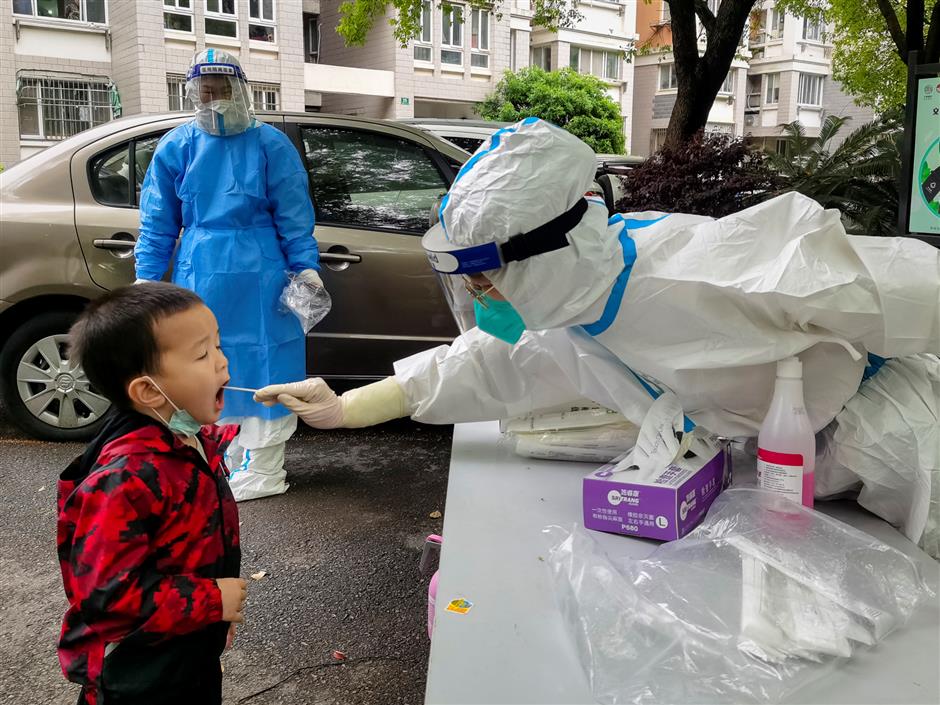 A young boy receives a PCR test at a local community.

Nearly half of Shanghai's citizens are now classified within "precautionary areas," meaning they can move around within their subdistricts or towns, as the pandemic gradually wanes.

According to the city's re-designated locked down, controlled and precautionary areas on Thursday, a total of 12.38 million Shanghai residents are living in the 44,173 precautionary communities, villages, companies or sites, where no COVID-19 case was reported in the past two weeks.

Some 5.27 million residents remain under lockdown at some 13,947 locked down areas, a decrease of 6.6 million compared with the last designation on April 20, said Zhao Dandan, deputy director of Shanghai Health Commission.

The remaining 5.9 million people are now within controlled areas, meaning they can walk around within their communities, Zhao told the city's daily COVID-19 press briefing. 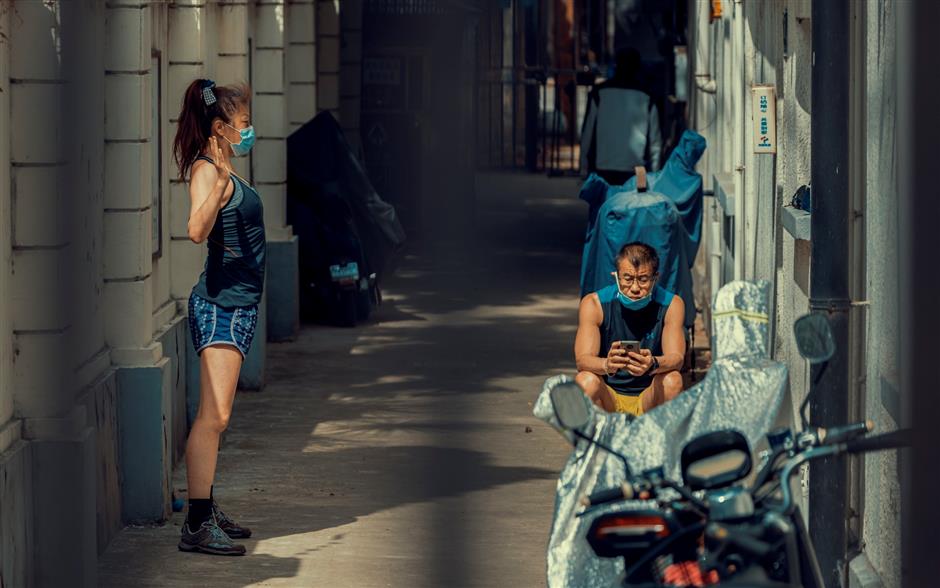 Citizens grab some sun and exercise at a local community.

Shanghai's daily COVID-19 infection numbers increased by half to 15,032 on Thursday, mainly because there were over 5,000 asymptomatic cases showing symptoms such as fever or cough during central quarantine, according to Zhao.

Of these, only 108 were found during community polymerase chain reaction (PCR) screenings, down by nearly half on the previous day.

Shanghai reported 52 COVID-19 deaths on Thursday – five more than Wednesday – bringing the total since the resurgence began to 337, Zhao said.

The average age of Thursday's fatalities was 84.02 years. All had severe underlying conditions such as advanced cancers. None of them had been vaccinated.

Of the COVID-19 patients, 318 have severe symptoms and 52 are in critical condition.

Meanwhile, 17,474 COVID-19 patients were discharged from local designated and makeshift hospitals on Wednesday after recovering. 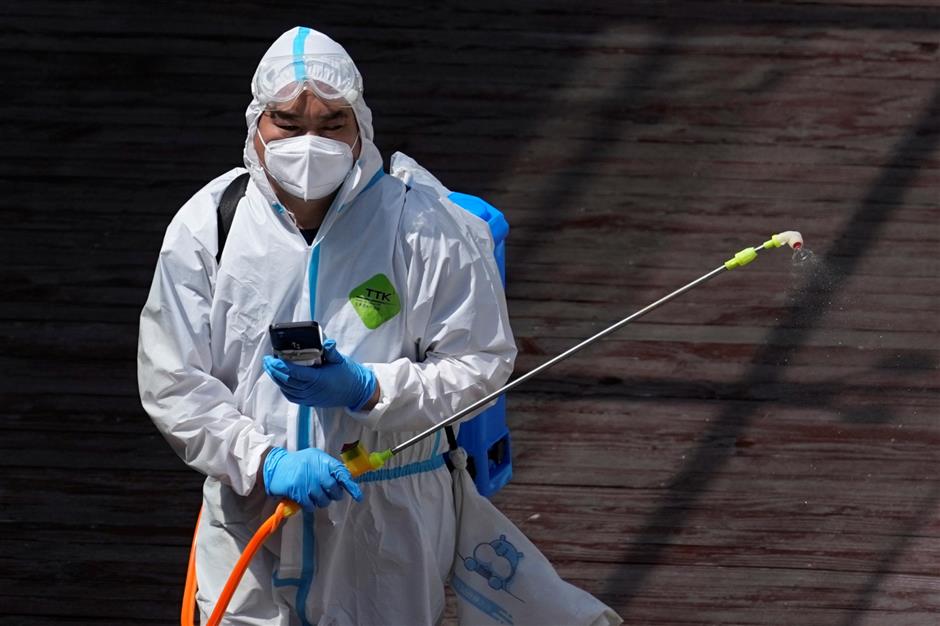 A quarantine staffer spreads disinfectant at a local community.