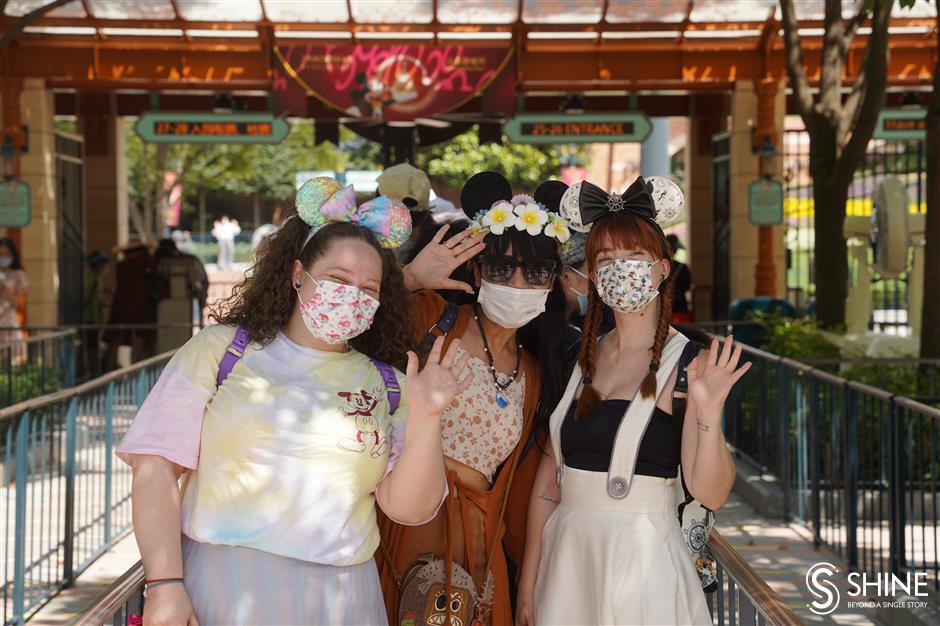 Three women are set to enter the reopened Shanghai Disneyland. 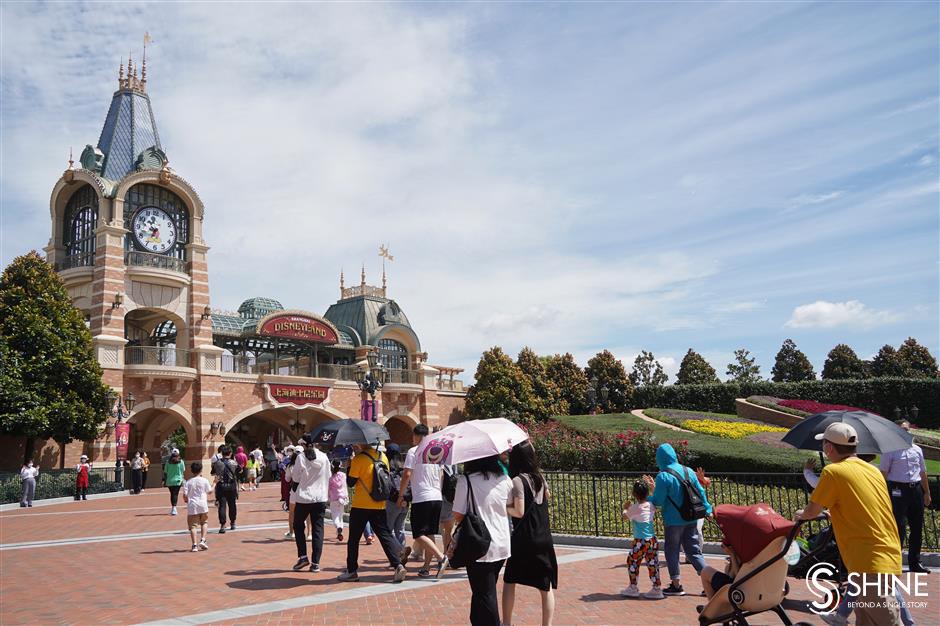 As the clock ticked over 9:30am, devoted fans started filing into the park, with some putting on eye-catching Disney-themed outfits.

Shanghai office lady Xiao Chun and her friend Zhu Zhu brought with them plush toys in the shape of their beloved Disney characters – StellaLou, Winnie the Pooh and James P. Sullivan.

"I asked for leave today. I became a Disney fan after I fell in love with LinaBell when she made a debut last November. I'm eager to see her and her friends today, and take photos with them," she said. 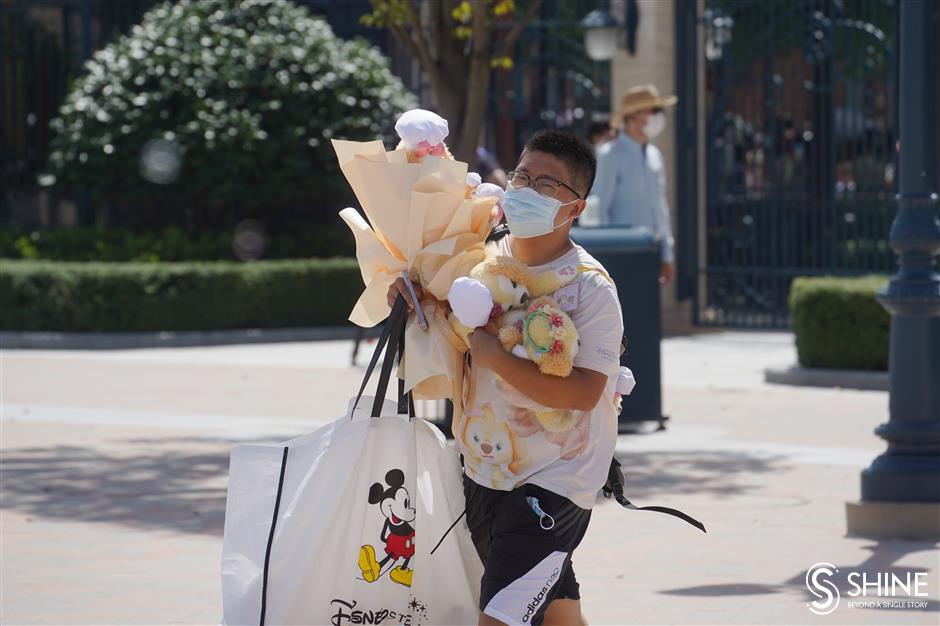 A Disney fan juggles his collection of toys. 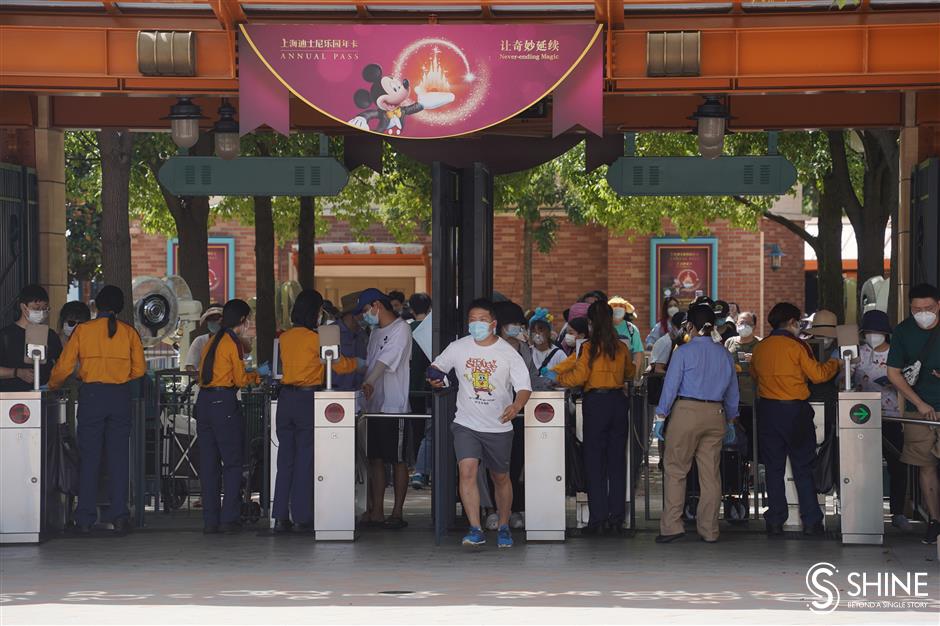 According to Zhu Zhu, the pair visited the park once or twice a week before the pandemic resurgence forced its closure.

"I was so touched when I entered the park and was welcomed by the staff. I almost burst out into tears," she said.

The women said they were required to show a negative nucleic acid test result within 72 hours and a green Suishenma health code. They fully understood it, and the whole process didn't take too much time.

A woman surnamed Xu visited the park with her child. Wearing a Disney-themed straw hat and T-shirt, she called it a journey about "returning to a happy world."

"I'm so excited. As soon as the ticket sales opened yesterday, I grabbed two. I felt like I had to be here to see its reopening," she said.

"We had been stuck at home for such a long time, which to some extent frustrated me. The reopening of Disneyland quite lit me up."

Xu said she wanted to see all of the Disney characters, especially Chip 'n' Dale. 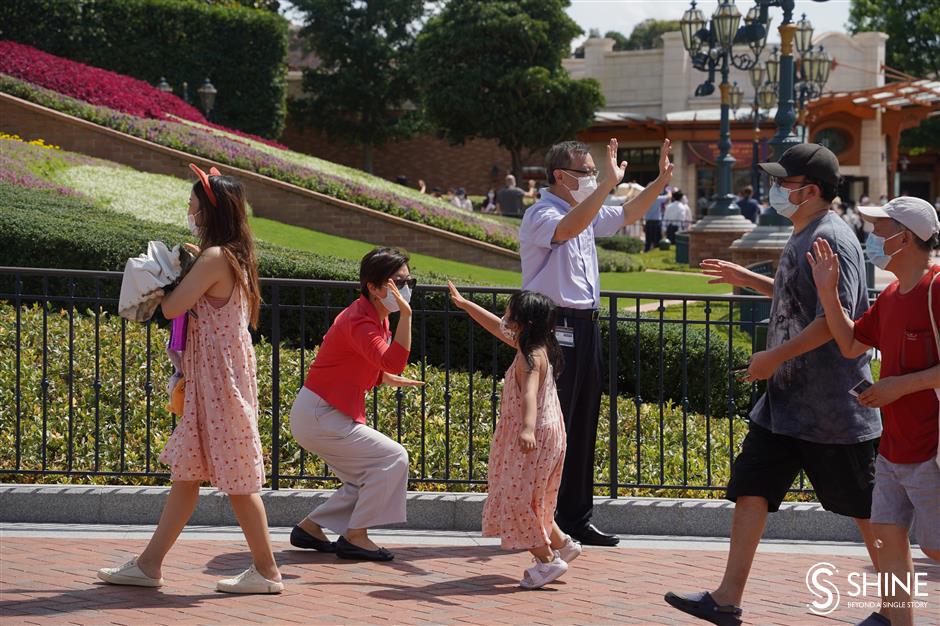 Visitors can enjoy the enchantment of Shanghai Disneyland from sunrise to sunset. 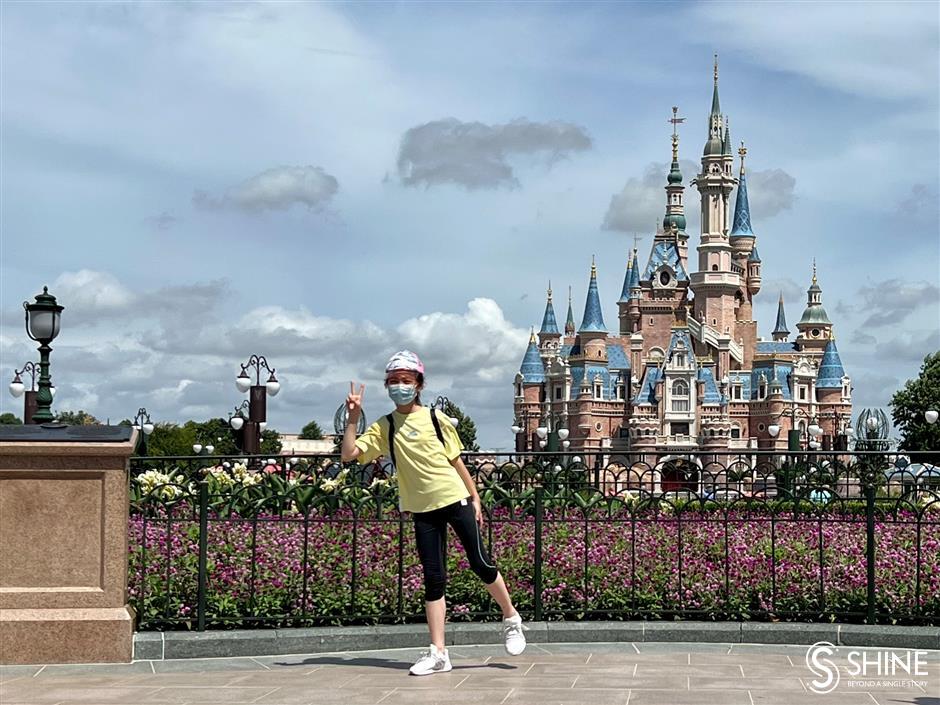 A girl takes photo in front of the castle of the Disneyland.

During magical days and memorable nights, visitors can enjoy the enchantment of Shanghai Disneyland from sunrise to sunset with the return of all-day entertainment offerings.

The hit "Color Fest: A Street Party!" will also be returning to Mickey Avenue for a limited time, with a myriad of Disney characters and dancers in vibrant costumes joining the festivities to give guests an unforgettable experience.

Energy and enthusiasm abound amongst Disney characters who can barely contain their excitement in welcoming guests back to the park. Mickey and his pals and Duffy and his friends will be palling around Mickey Avenue to bring a smile to guests' faces as they enter the park.

Characters from all around the resort – including the Disney Princesses, Marvel Super Heroes, Toy Story friends, Winnie the Pooh, Judy, Nick and many more beloved characters – are preparing their warmest welcomes to create precious new memories for guests during their visit.