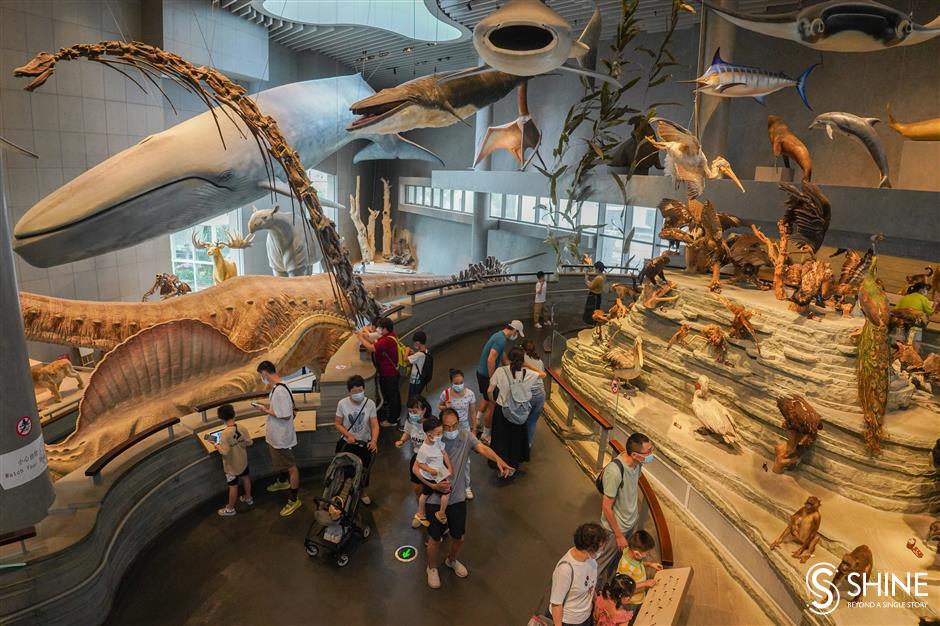 Little Lingling bounced into the Shanghai Science and Technology Museum this morning on its reopening day after a 112-day closure.

The 5-year-old girl just couldn't wait to visit the "Animal World" exhibition zone and say hello to her "old friends like giraffe, rhinoceros, zebra, lion and elephant," as she counted with fingers.

Just as excited was another kid, Xu Yidan, who went to the Shanghai Natural History Museum, a branch of the science museum.

"Look! That's the giant polar bear! Here are two pandas," she showed off her knowledge to others. 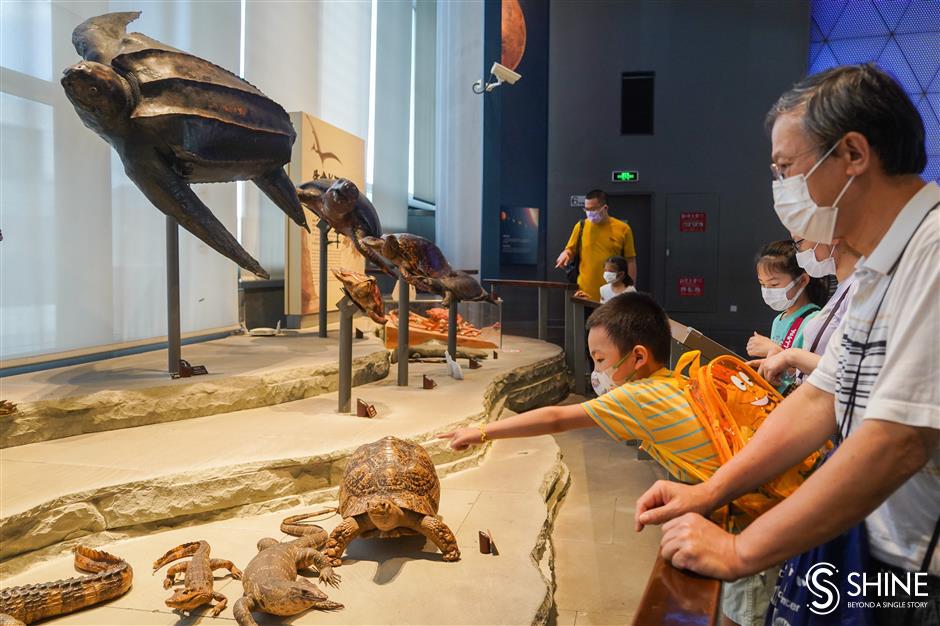 Wow! What is this?

Ai, who works for a local hotel, woke up early and became the first visitor to The Top of Shanghai, the observatory at Shanghai Tower – the world's second-tallest building at 632 meters.

"As an industrial insider, I'm so eager to see how Shanghai is pressing the restart button on tourism," he said, noting that he took today off for leave in lieu to witness the moment.

Watching ships shuttling to and fro on the Huangpu River from high above, he said: "I know it. Shanghai's charm, which is unique to the city, has returned." 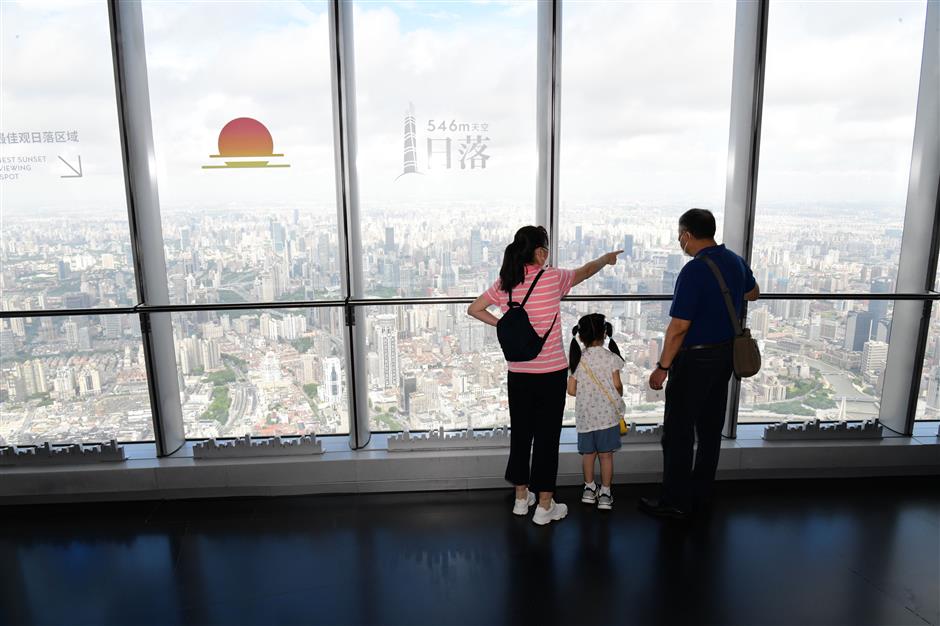 To ensure safety, the three sites all operate under limited capacity, and they were not overwhelmed by the crowds by noon. Frequent disinfection, a green Suishenma health code and other health checks are required.

They are among a list of cultural and tourist sites to slowly reopen in Shanghai. So far, more than half of the 134 national A-level tourist sites in Shanghai have resumed operations, and the number is estimated to reach around 80 in the next week, according to the Shanghai Culture and Tourism Administration.

Reservations for local tourist attractions have recovered 80 percent of the number last year, according to Shanghai-based online travel operator Trip.com. Experts said it would give a fillip to the local tourism sector, with the broad reopening from July being an upward inflection point. 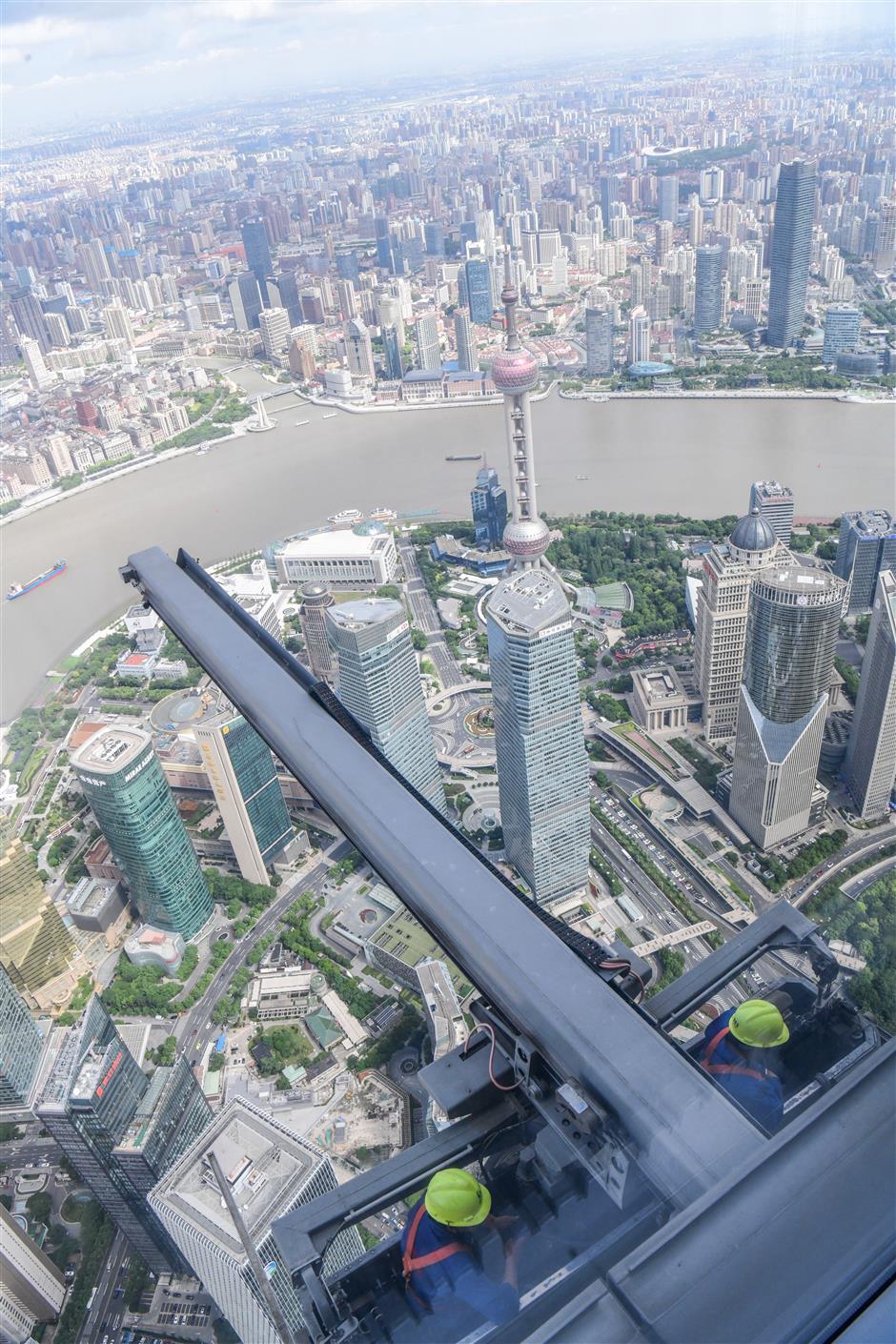 A view from the Shanghai Tower

﻿
Special Reports
﻿
61922
,
62958
,
City attractions reopen, drawing huge crowds
It is now OK to visit the elderly in senior-care homes
Shanghai is hot, and will get hotter when 'plum rain' season ends
Huge demand for inter-provincial tours as COVID-19 restrictions eased
A city for the people: I play Zhou Enlai at his former residence
COVID-19 in Shanghai: 10 imported infections, no new local patients
More global giants reaffirm confidence in Pudong
Shanghai makes it easier for graduates to apply for hukou
Cancer center offers solution for patients with same rare disease of Jobs
Trash-sorting becomes way of life in Shanghai despite pandemic
EXPLORE SHINE