The New Hengshan Cinema in Xuhui District has suspended operations for renovation.

The movie theater was built 70 years ago – the first in the city after the founding of the People's Republic of China. Chen Yi, the first mayor of Shanghai, wrote inscriptions for it.

The renovated theater will be a cultural and entertainment complex. It will have space for film screenings and theater performances. Its equipment, including movie screens, chairs, and the sound system, will be upgraded.

It was renovated in 2009 ahead of the 2010 Shanghai World Expo. As one of the venues for the annual Shanghai International Film Festival, it has impressed generations of movie buffs and film actors with its artistic design and garden. The heritage architecture was popular among couples and was often used for film shootings.

Banks, factories, and even neighborhood citizens had invested in the theater. Over the decades, it has been witness to the rapid development of the Chinese film industry.

The pandemic has affected businesses with limits on occupancy and a ban on snacks.

"In a new era, when more people are watching films online, cinemas have to find ways to diversify and create an immersive viewing experience," said Max Zheng, an IT engineer and a movie fan in his 40s, considering it was not a bad time for renovation.

Fans, according to Zheng, prefer to go to the theaters to watch blockbuster movies with stunning visuals or hilarious comedies.

"Good original content is still the most important thing for the industry, otherwise it is hard to attract people to cinemas to watch movies." 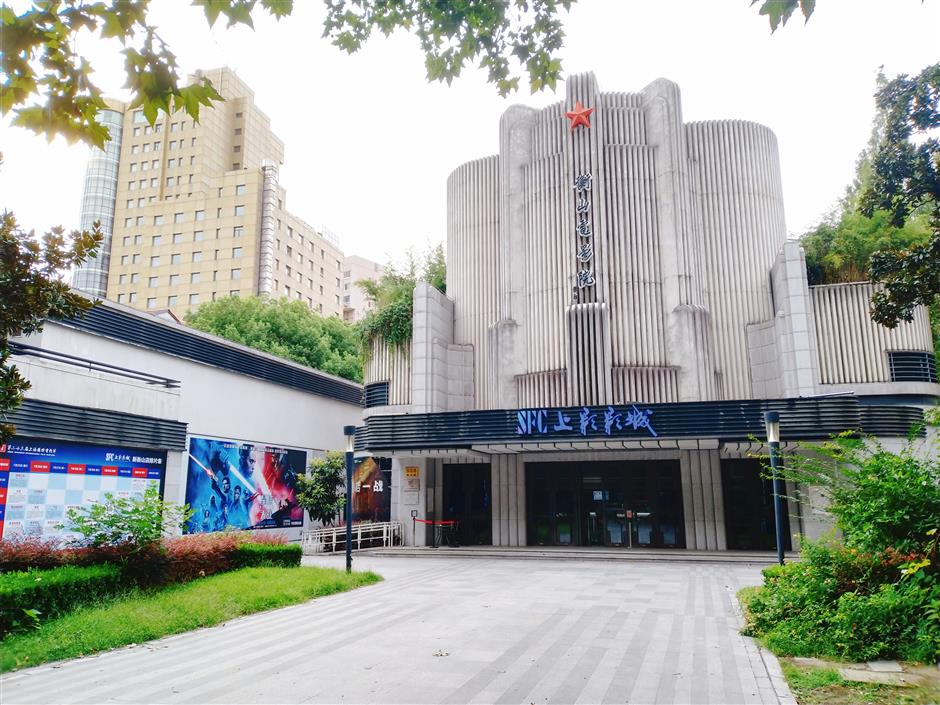 The New Hengshan Cinema is not the only movie theater in the city to cease operations for renovations. In February, Shanghai Film Art Center, China's first five-star cinema and the main site of the Shanghai International Film Festival, shut down for renovations. It will be developed into an urban public space for high-quality cultural activities that allow for more interaction with local film buffs.

The center's main screening hall, which seats more than 1,000 people, will be upgraded with a better screen and sound facilities. The center's lounge will be converted into a reception area with distinctive cinematic elements. The plaza in front of the center will become a film-culture public square.

After the renovation, it will host more public events in the fields of culture, art and fashion. It is also expected to become a key venue for movie premieres and cultural products.

Other theaters have also been upgrading their services to include virtual-reality games, film-related exhibitions, and photography services.

Li Ying , an official with the Wanda Cinema in Wujiaochang in Yangpu District, said they have modified the lounge to accommodate live-action role-playing murder mystery games. In the future, they will present talk shows for young cinemagoers .