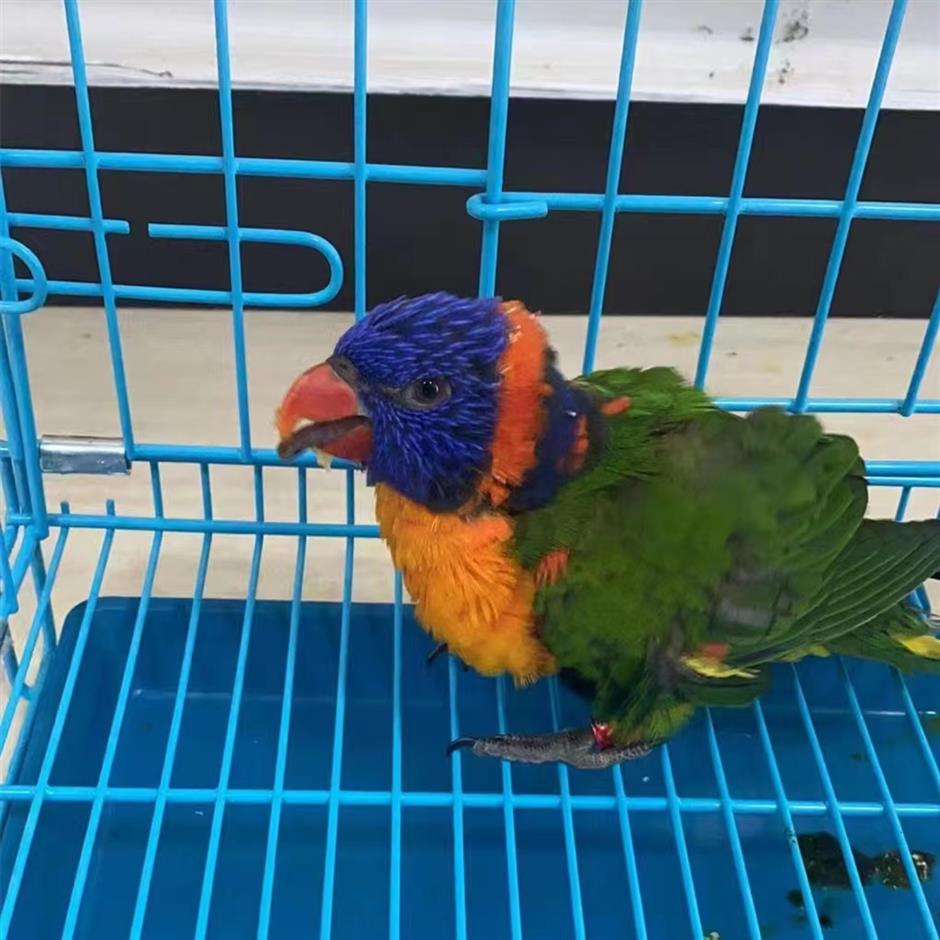 A beautiful bird found near a Metro station in Shanghai turned out to be a rainbow lorikeet, which is a protected species in China.

A Shanghai resident saved a beautiful bird near a Metro station, and it turned out to a protected species.

Police in suburban Songjiang District on Monday praised the unselfish resident who turned the bird in to them.

A woman surnamed Zhu rang police last Thursday afternoon about a bird she had found near the Sheshan Metro Station.

Zhu, who is a bird lover, had purchased a cage from a pet shop for the bird but had some doubts if it was legal keep it since the bird, unusually beautiful, could be a rare or endangered species and thus can't be a legal pet.

Police checked the footage of surveillance cameras near the Metro station and found that the bird had ended up on the pedestrian walk from the motor lane, obviously startled or injured.

After contacting forestry authorities, police were told that the bird is a rainbow lorikeet, which is a second-class protected animal in China.

The bird is currently being taken care of at a police station in Songjiang and will later be sheltered by the forestry authorities.

Individuals in China are prohibited from raising or trading nationally protected animals without permission.

In 2020, a man in the northwest Chinese province of Shaanxi was sentenced to two years in prison and three years' probation and fined 5,000 yuan (US$740) for selling eight rainbow lorikeets to other people.

Residents who encounter wild animals which need help are advised to contact the police or the forestry authorities, who are in position to look after them.

The bird is being taken care of at a police station in Songjiang District at the moment.

﻿
Special Reports
﻿
Beautiful bird rescued near Metro station turns out to be protected species
Shanghai streamlines customs clearance to help exporters get back on track
Get ready for yet another heatwave to hit the city
COVID-19 in Shanghai: no new local cases, 9 imported infections
New round of PCR screening scaled down to five districts
Market supervision fine-tuned to help business
Staying cool in pool and at music festival
Curtain comes down on summer music festival
Getting to the point about acupuncture anesthesia
City's seniors on the rise, with 3,509 centenarians
EXPLORE SHINE