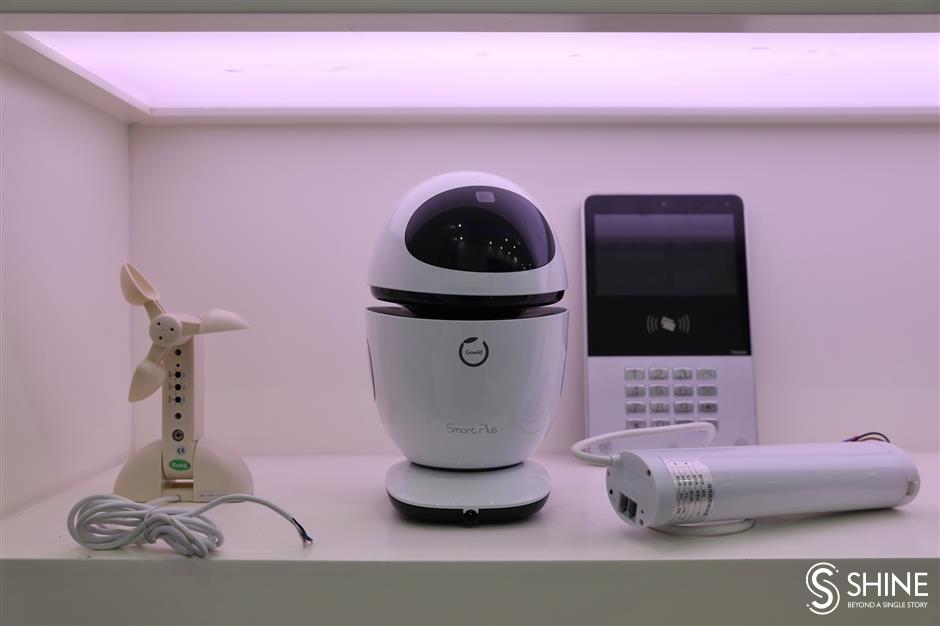 Whether a high-tech construction company or food supplier, businesses in Shanghai are striving to find a way to move forward after the city lifted the two-month lockdown on June 1.

"As we gained experience since COVID-19 broke out in 2020, we have planned ahead and made adjustments to ensure that 90 percent of our employees, especially those in core operation zones, can work normally," said Yong Junhua, deputy head of TC Smart System Group.

The company's revenue has increased about 30 percent year on year in the first half of 2022, according to Yong.

TC expanded its inventory capacity from two to four weeks during the lockdown period.

Since June 1st, when the city reopened after the two-month lockdown, the company has fully resumed operations and is trying to expand its business lines.

"After June 1, we went from two shifts during the lockdown to three, accelerated the production of delayed orders and greatly eased the dilemma of lost orders caused by unmet delivery dates," Yong said. "We are also paying more attention to our suppliers and customers who need help."

With TC's technological advantages, it is focusing on digital sentry products, aiming to integrate in the city's big data system and participate in the city's digital pandemic prevention and control work. 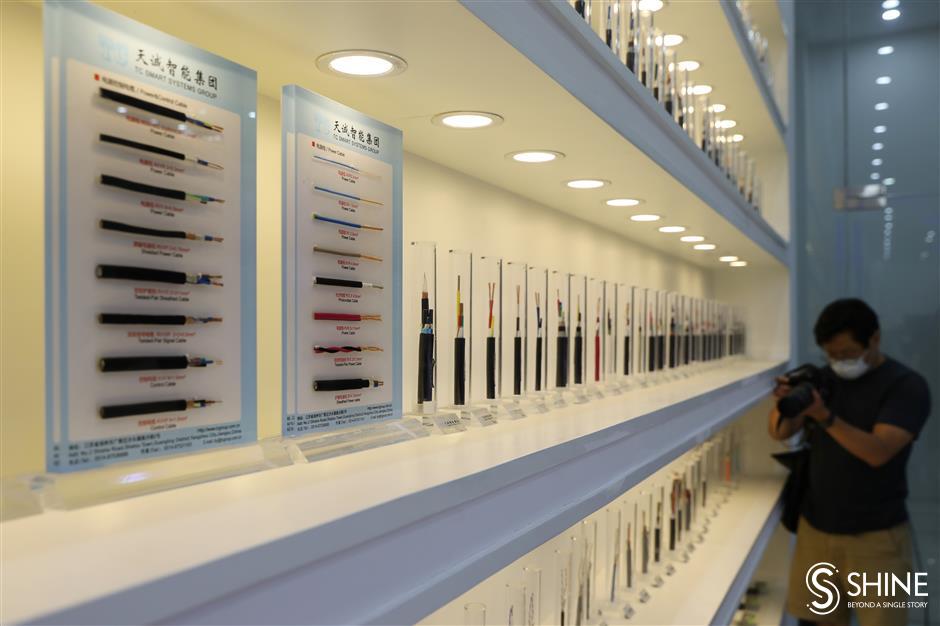 An assortment of the company's cabling products

Haisu Food Shanghai Company, a food supplier for airlines, hotels and time-honored restaurants in city, is also back to full capacity. 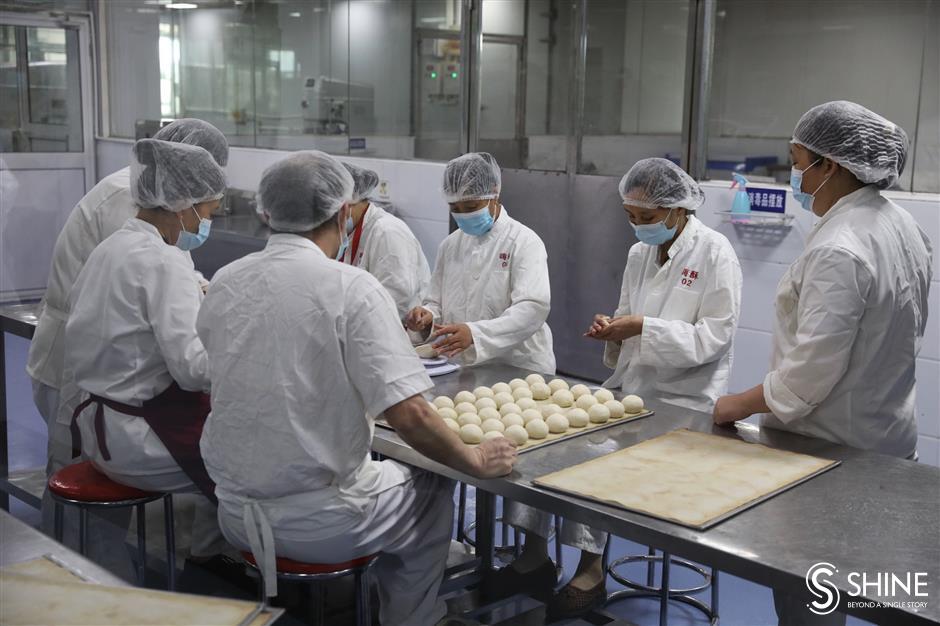 During the post-lockdown period, Haisu has explored ways to improve and expand its business.

"We introduced a product line of Cantonese-style instant roast meat and brine, which has been popular among Hong Kong-style restaurants," said Cao Zhehui, general manager of the company.

The company also invested in its first roast-meat (Siu Mei dishes) restaurant, at Jing'an Temple area in the downtown Jing'an District, to expand the reach of its culinary offerings.

On the other hand, the company was on 24-hour standby during the lockdown to ensure the food supply for Shanghai, especially providing food for some makeshift hospitals.

All their vehicles were on-call at the time, and all employees with driver's licenses were on the road for continuous transportation and material delivery. 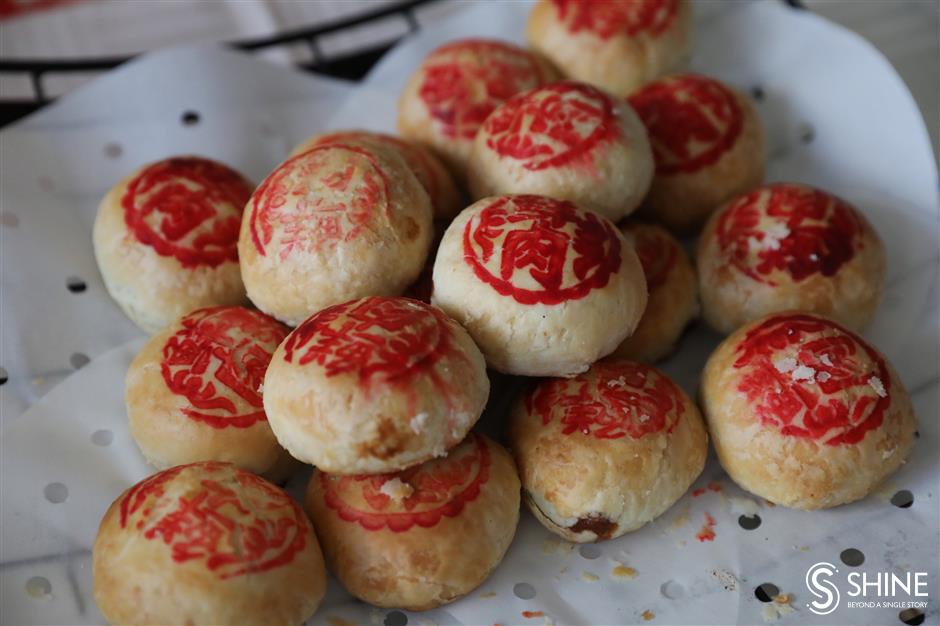 In June, Songjiang's industrial output increased to almost 46 billion yuan (US$6.8 billion), a record high and year-on-year increase of more than 17 percent, according to the local commission of economy and informatization.

In the first six months of 2022, the district's industrial output was more than 192 billion yuan, a year-on-year decrease of 11.2 percent, but it was 6.5 percentage slower than the first five months of the year.

The district is also the core of the G60 High-tech Corridor, a high-tech industry incubation area that connects the eight cities in the Yangtze River Delta region.

﻿
Special Reports
﻿
61922
,
62958
,
Businesses grow stronger despite pandemic
Beautiful bird rescued near Metro station turns out to be protected species
Shanghai streamlines customs clearance to help exporters get back on track
Get ready for yet another heatwave to hit the city
COVID-19 in Shanghai: no new local cases, 9 imported infections
New round of PCR screening scaled down to five districts
Market supervision fine-tuned to help business
Staying cool in pool and at music festival
Curtain comes down on summer music festival
Getting to the point about acupuncture anesthesia
EXPLORE SHINE