Guangzhou Zoo ended its animal circus performances on September 1 after 24 years in the business, a move which was applauded by animal protection institutes and tourists alike.

Zoo authorities stopped the shows when the circus contract expired on August 31, and are now planning to show the animals’ natural behaviors instead of forcing monkeys to walk on wire, chimpanzees to beat drums, and parrots to ride bicycles. 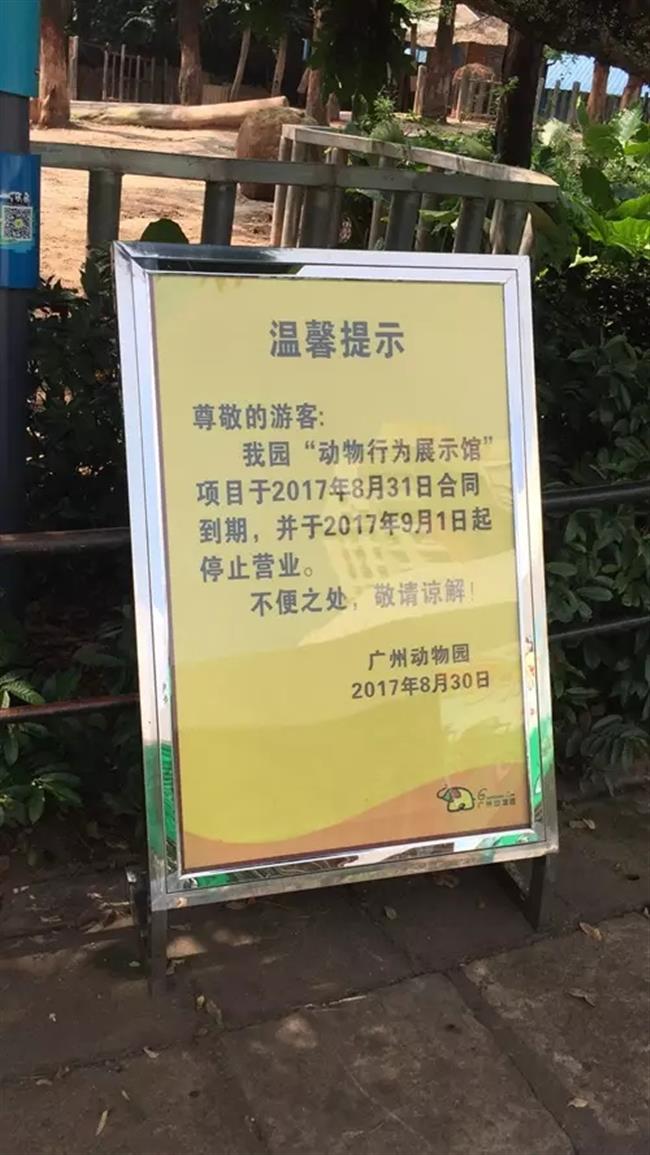 The venue of the circus performances at the zoo occupied an area of 855 square meters, which will soon be open to the public free of charge as a non-profit space for scientific education.

A total of eight kinds of animals once participated in the performances, including chimpanzees, Siberian tigers, black bears, Rhesus monkeys and scarlet macaws. Six shows were staged on the average day, with each lasting 30 minutes. There were as many as ten shows daily during holidays.

Voices calling to stop the circus performances and protect the zoo's animals have been growing stronger, and the shows have always been controversial.

According to the latest rule enforced on July 1 by the Ministry of Housing and Urban-Rural Development, zoos should not stage shows performed by wild animals.