A firefighter in Anhui Province was posthumously given the honorary title of "Huainan Good Samaritan" for trying to rescue a woman who committed suicide by jumping from a building, the government of Anhui's Huainan City announced on November 14.

The 24-year-old firefighter, Chen Jianjun, was also granted the Anhui May 4 Medal, the highest honor for outstanding young people in the province, on November 13. 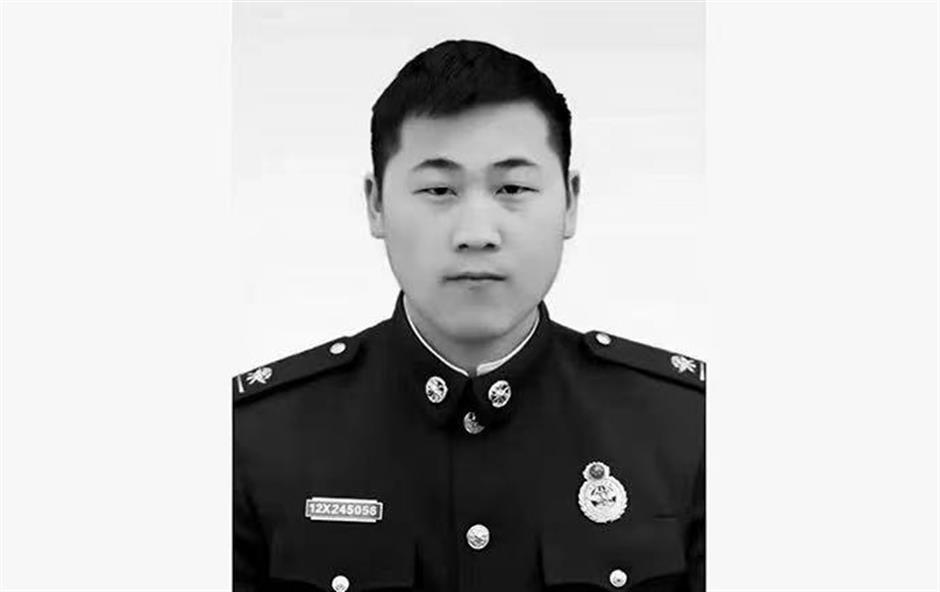 Chen fell as the woman suddenly jumped from the fourth floor of the building in Mengcheng County, Anhui Province, on November 12.

Even while falling, Chen did not lose his hold on the woman, but both died despite emergency rescue efforts.

Chen was from Huainan, Anhui. He has participated in over 1,300 firefighting operations and rescued nearly 100 trapped people since becoming a firefighter in 2014.

Chen's funeral was held in Mengcheng on November 15. Many local residents gathered at the gate of the funeral home or waited on the roadside to pay tribute to the young hero.

Firefighting is one of the most demanding and high-risk occupations. According to People's Daily, over 10 firefighters in China have died during rescue missions in 2021.