The return capsule of China's Chang'e-5 probe touched down on Earth in the early hours of Thursday, bringing back the country's first samples collected from the moon, as well as the world's freshest lunar samples in over 40 years.

The spacecraft landed in Siziwang Banner, north China's Inner Mongolia Autonomous Region, at 1:59am (Beijing Time), according to the China National Space Administration.

Zhang Kejian, head of the CNSA, declared the Chang'e-5 mission a success.

It marks a successful conclusion of China's current three-step lunar exploration program of orbiting and landing, and bringing back samples, which began in 2004. 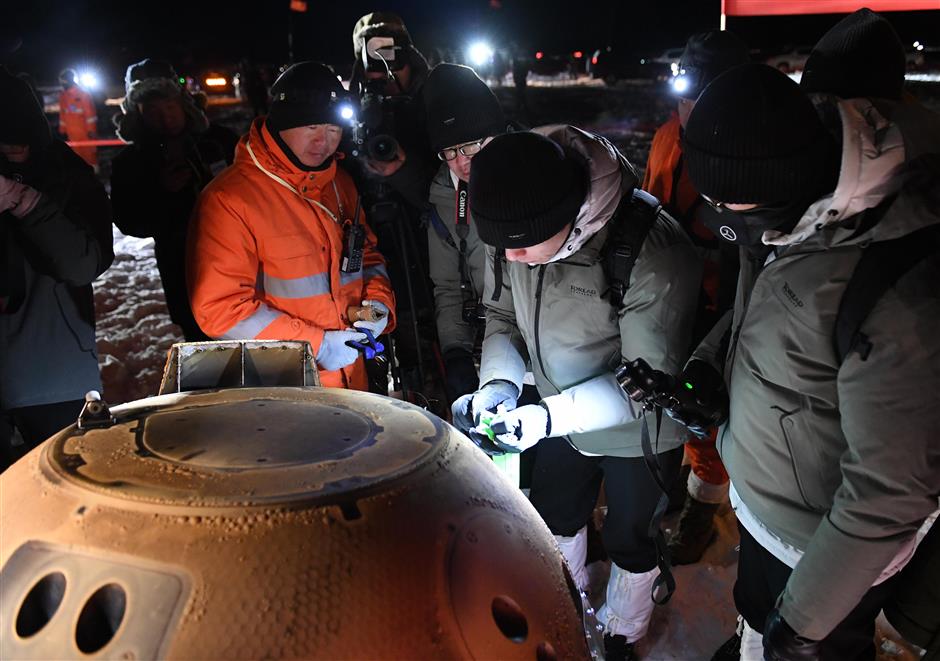 Under ground control, the return capsule separated from the orbiter about 5,000 km above the Atlantic. The capsule entered the Earth's atmosphere at an altitude of about 120 km and a speed of about 11.2 km per second at 1:33am.

The capsule landed smoothly in the predetermined area, and the search team recovered it.

The capsule is set to be airlifted to Beijing for opening, and the moon samples will be delivered to the research team for analysis and study, said the CNSA.

China will make some of the samples available to scientists in other countries, Pei Zhaoyu, deputy director of the Lunar Exploration and Space Program Center of CNSA, has said.

Chang'e-5 is one of the most complicated and challenging missions in China's aerospace history. The probe, comprising an orbiter, a lander, an ascender and a returner, was launched on November 24, and its lander-ascender combination touched down on the north of the Mons Rumker in Oceanus Procellarum, also known as the Ocean of Storms, on the near side of the moon on December 1.

This site was chosen because it had a younger geological age than the sampling areas of the United States and the Soviet Union more than 40 years ago, and had never been sampled. The new samples will be of great scientific value, said researchers. 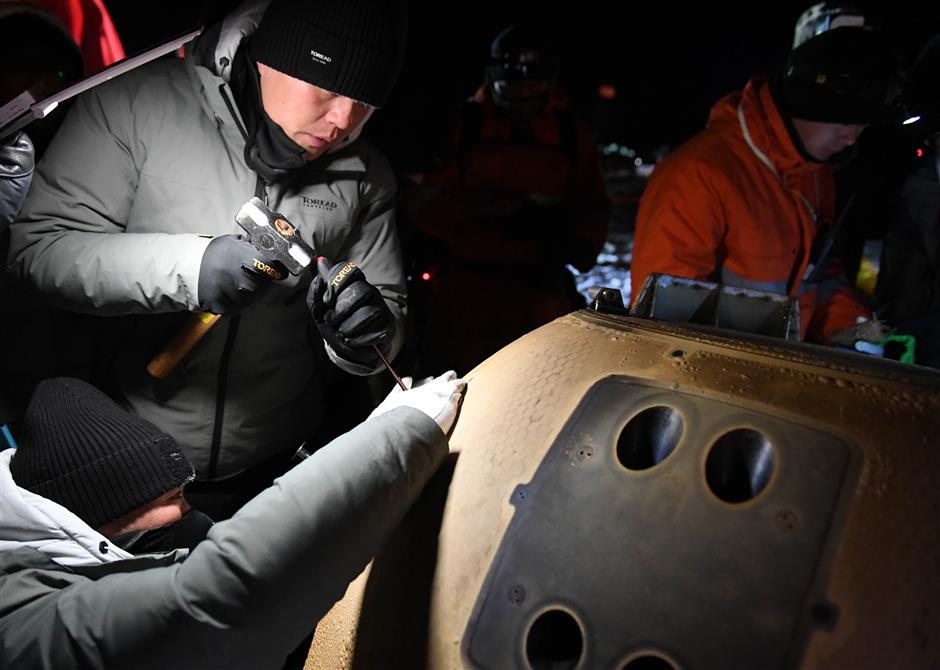 Though lunar samples were brought back in US and Soviet missions, scientists need more samples of different ages to piece together a complete history of the moon.

Chang'e-5 drilled into the lunar surface for samples that record evolutionary events, and grabbed material on the surface. Using modern analytical technologies, scientists will be able to unravel the mysteries of volcanic activities and meteorite impacts over the past billion years.

The probe has collected material at different sites to ensure the diversity of the samples.

After the samples were sealed, the probe's ascender successfully took off from the moon and docked with the orbiter-returner combination in lunar orbit.

The samples were transferred to the returner, before the ascender separated from the orbiter-returner. To avoid becoming space junk, the ascender made a controlled descent back to the moon, said the CNSA.

Then the orbiter-returner carried the precious samples home. 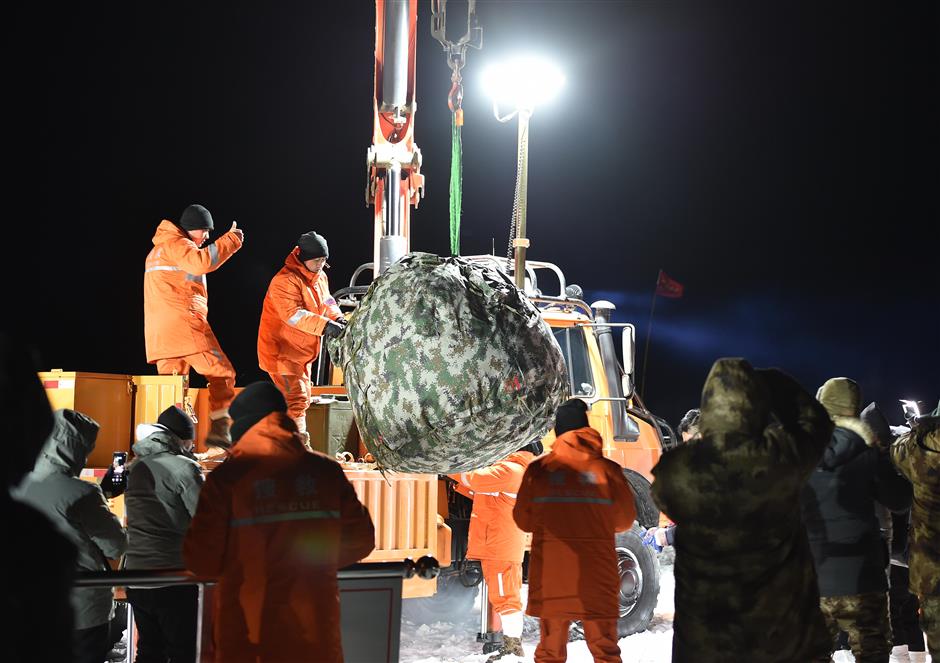 Pei Zhaoyu said the Chang'e-5 mission not only represented an end to China's current lunar exploration program, but also laid a foundation for future manned lunar and deep space exploration.

The milestone mission has accomplished several firsts for China, including the first moon sampling, the first liftoff from an extraterrestrial body, the first rendezvous and docking in lunar orbit, and the first spacecraft carrying samples to re-enter the Earth's atmosphere at high speed.

China is drawing up plans for future lunar exploration, including constructing a basic version of a scientific research station, said Pei.

"We hope to cooperate with other countries to build the international lunar scientific research station, which could provide a shared platform for lunar scientific exploration and technological experiments," Pei said.