The city plans to finish the latest round of testing within two days, Meng said. Key groups including couriers and takeaway deliverymen are among the first to receive the testing.

A total of 364 people have tested positive for COVID-19 as the first round of mass nucleic acid testing concluded in the cities of Shijiazhuang and neighboring Xingtai, local officials said. As of Saturday, over 13 million residents in the two cities were tested for COVID-19.

But Shijiazhuang will continue to be locked down for a week to curb the epidemic spread. All citizens have been told to stay at home. Public transportation has been suspended indefinitely.

Major highways leading into the city, around 300 kilometers south of Beijing, have already been closed and inter-city passenger travel halted.

Supermarkets are now closed to walk-in customers, with purchases limited to online orders and contactless deliveries.

“We haven’t seen a clear turning point yet in this outbreak,” said Shijiazhuang official Ma Yujun. “The risk of expansion still exists.” 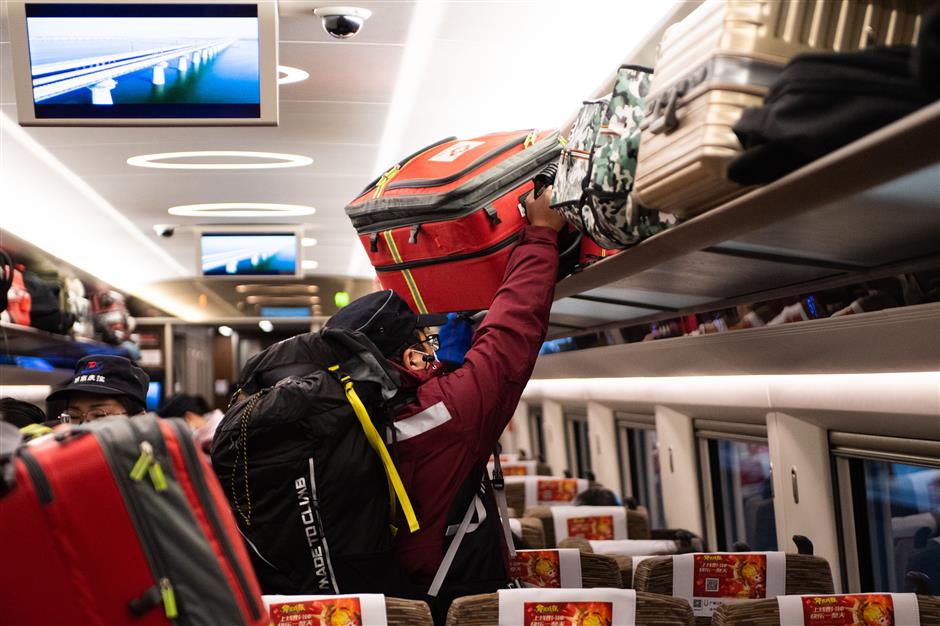 A medic puts away a luggage on a train taking an epidemiological survey team of 23 from central Hunan Province to support the COVID-19 fight in north Hebei Province.

The “patient zero” of this round of COVID-19 outbreak may have been infected before December 15, 2020, said Shi Jian with the provincial center for disease prevention and control, adding the conclusion is based on preliminary results of epidemiological investigations.

After conducting gene sequencing on the positive samples, it was found that the virus strain is from Europe, but is different from the variants recently discovered in Britain or South Africa.