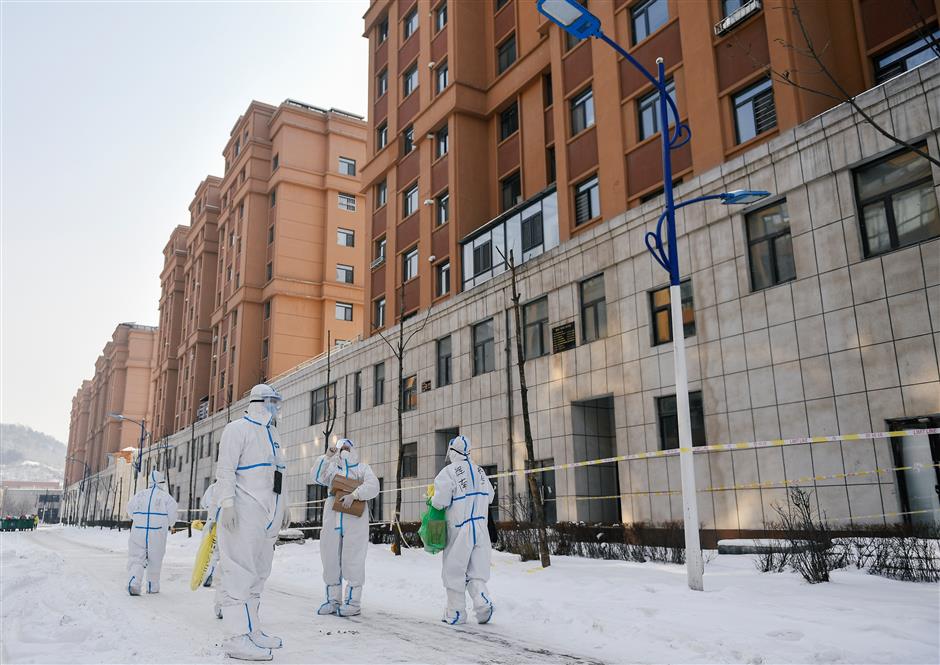 Nurses in full protective clothing on their way to people's homes in Tonghua, Jilin Province, to administer nucleic acid tests.

A super spreader was linked to at least 140 coronavirus cases in a northeastern Chinese city, according to a report released by the Chinese Center for Disease Control and Prevention.

The outbreak in Tonghua, Jilin Province, has been linked to a 44-year-old salesman identified as "Mr L."

He arrived in Tonghua on January 9 and gave three lectures the following two days, each lasting two and a half hours. A total of 97 people, most of them retirees, attended the lectures, and more than three-quarters tested positive, triggering a lockdown of the entire city.

Because the participants were elderly with a median age of 72 years, leading to a high proportion of severe and critical cases. By the end of January, 47 severe or critical cases were reported, accounting for 15.2 percent of the total cases, including one death of an 87-year-old on January 25.

While giving the lectures, Mr L was in the early stages of COVID-19, which is when it is most infectious. The site of the lectures was small and crowded, there was no social distancing and few people wore masks.

As of January 31, a total of 310 cases had been reported in Tonghua, all in the Dongchang District.