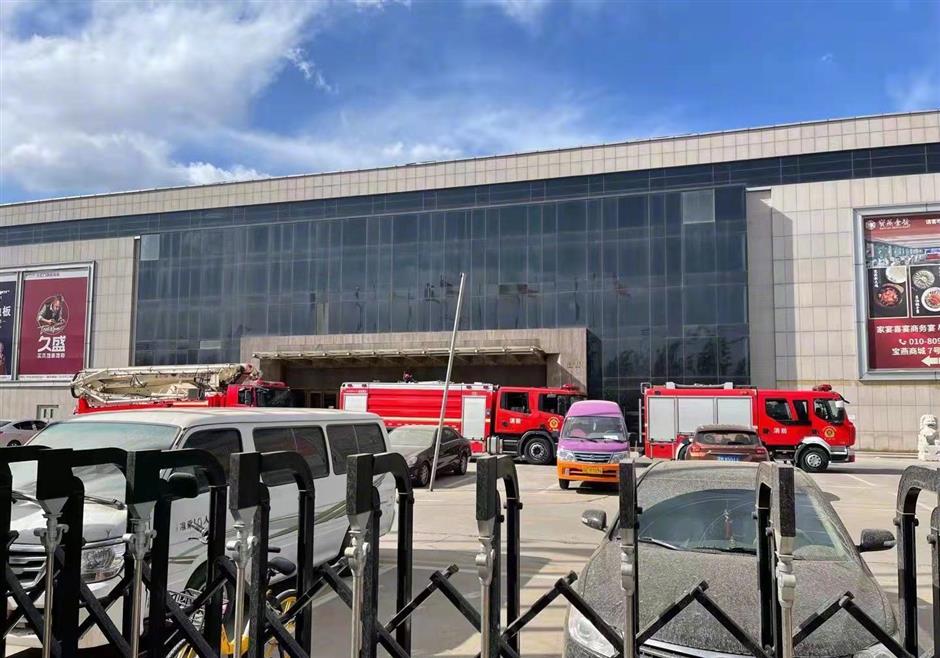 Fire engines in front of the electricity storage facility in Fengtai District, Beijing.

Two firefighters were killed, one injured and one civilian is unaccounted for, after an electricity storage facility caught fire in southern Beijing yesterday.

A total of 235 firefighters and 47 fire engines were deployed after receiving an alert about the fire at the storage station in Fengtai District at 12:17pm on Friday, Beijing’s fire department said early this morning.

The northern section of the storage facility later exploded, killing two firefighters and injuring one. The injured firefighter is in a stable condition. One worker at the facility is missing.

A construction project was ongoing at the facility before the fire broke out.

The fire was put out by midnight. Its cause is being investigated.