The 'Nanjing angel' who helps the desperate back from the brink 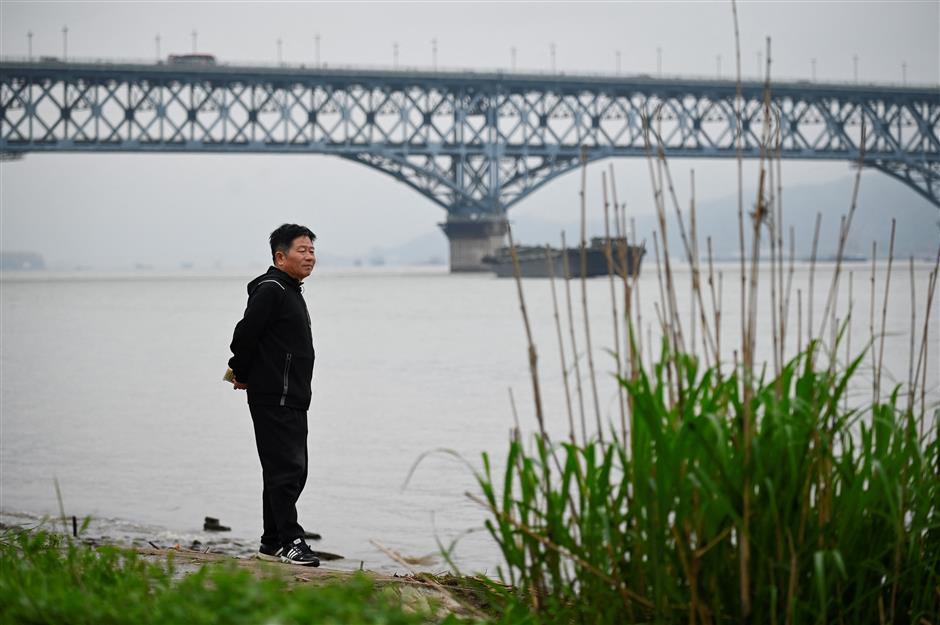 Volunteer Chen Si looks out from the riverside of the Yangtze River, with the Nanjing Yangtze River Bridge in the background, in east China.

On a gray and rainy morning, Chen Si patrols the Nanjing Yangtze River Bridge soaring above China's longest river, determined to stop the desperate from jumping into the swirling waters below.

Every weekend for 18 years, Chen has volunteered to scout the 2-kilometer length of the metal expanse, talking to hundreds of people thinking of taking their lives and earning himself the nickname "the Angel of Nanjing."

But with a cigarette wedged in one hand and flask of green tea clutched in the other, the unsentimental Chen professes to have "no unique skills" beyond expressing empathy for those whose strife led them to China's "suicide bridge."

Chen had his first life-changing encounter there at the age of 22 when he spotted a woman — a young migrant worker like himself — on the edge, 70 meters above the water, crying and contemplating jumping.

After he stopped to talk, the woman climbed down and Chen realized he may inadvertently have saved a life.

He says he has since helped 412 people step back from the brink on the bridge — roughly one every fortnight.

Among them was a young man who was particularly strong and bit through his tongue as several men dragged him from the bridge's edge, while another was a man who owed millions of yuan. 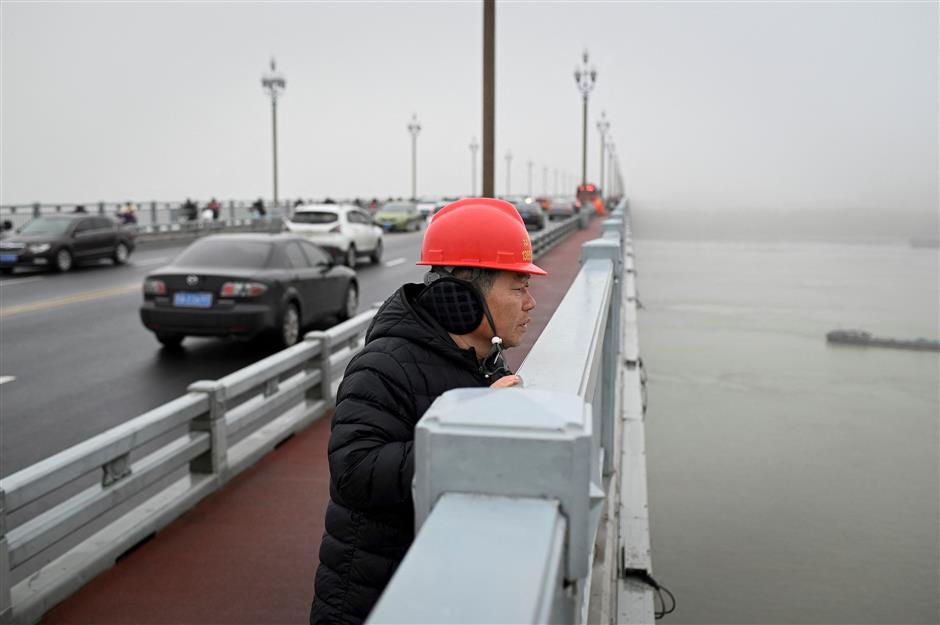 Chen Si looks out from the Nanjing bridge in the capital city of Jiangsu Province.

"I tell them that I'm also a very ordinary person," Chen said.

Growing up in poverty in rural Jiangsu Province helped Chen understand people's desperation, describing himself as "a farmer from the village (with) a foothold in the city."

A pile of tattered Freud books bought from a street vendor years ago also kindled an interest in psychology.

"Although the books had lost some pages, I kept reading them," he said. "It built the basis for me to understand people."

His duties on the bridge weigh heavily on Chen and he visits temples to unburden himself.

"In the past, I didn't have the ability to protect myself, and the people I wasn't able to save returned to haunt my dreams."

Now, when someone jumps, he turns away.

Other volunteers to join

When it was completed in 1968, the double-decker Nanjing Yangtze River Bridge was celebrated as a feat of Chinese engineering.

It won a place in the Guinness Book of World Records as the longest dual highway and railway bridge.

"Sometimes when we inspect the bridge in the morning, we find a single high-heel shoe, or a phone with a note under it," said Zhang Chun, director of a civil society group in the city.

Mental health problems have become more common across China in recent decades, according to a study published in the Lancet medical journal two years ago.

Chen now has other volunteers to help him, including psychology students from local universities, and trains them in the urgent task of talking to people on the bridge. 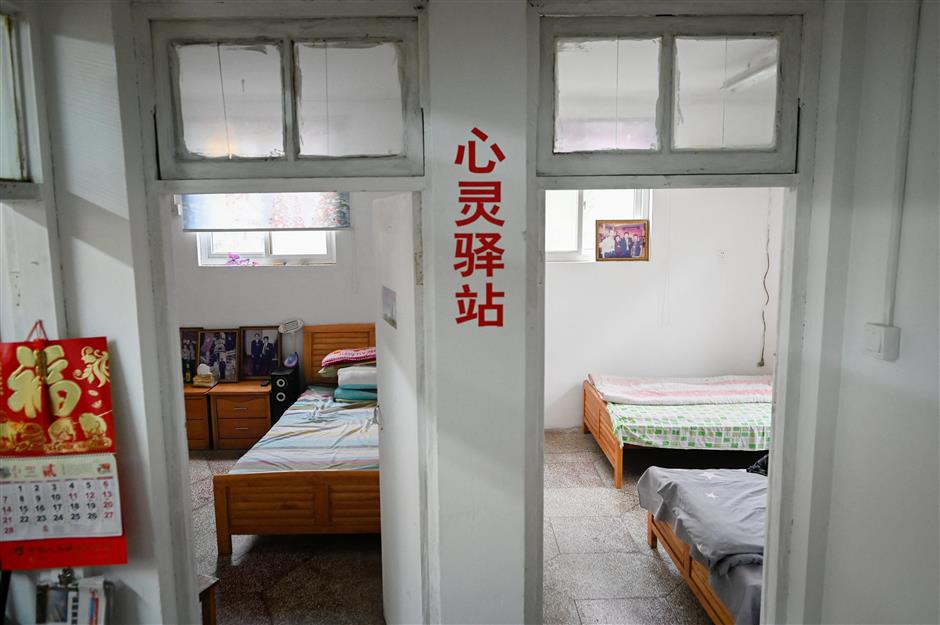 Based out of a small office, with the motto "Cry when you need to cry" painted on the wall, Chen has converted two rooms into dorms for desperate people without a place to sleep.

But the father of one says voluntary work has come at a cost to his personal life.

"I didn't do this alone. It was time that I borrowed from my wife and my child," he said, adding his wife had taken the brunt of childcare.

Chen said he will only stop when he no longer has the strength to haul people down from the edge.

"I don't think I'm an angel. I just want to bring light to those who are in the dark," he says. "But I can't save all of them. What is beyond my ability, I just give up to the gods."