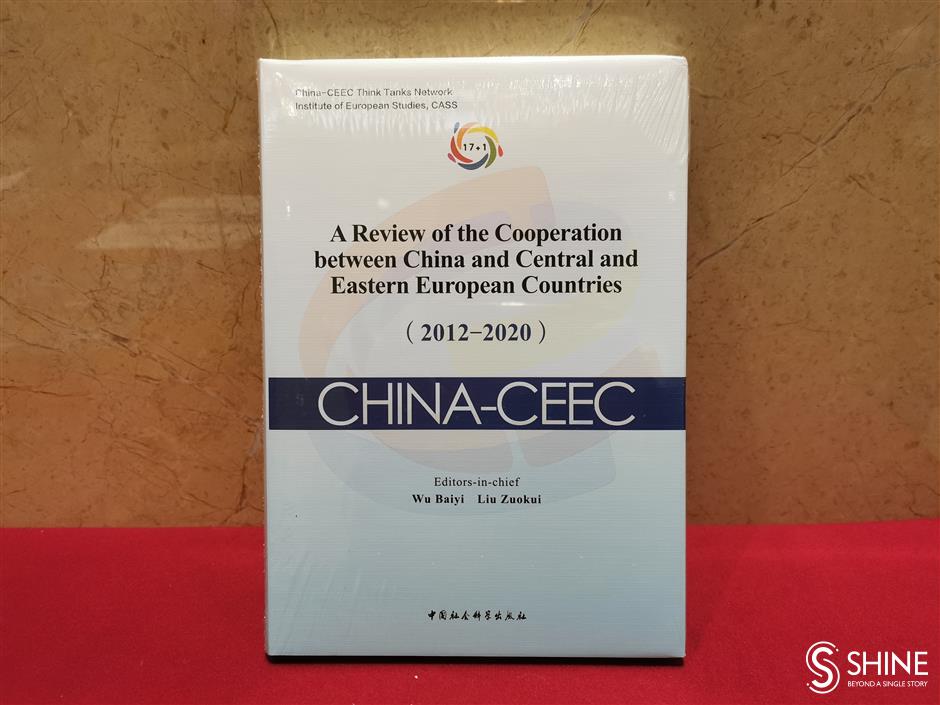 The book, "A Review of the Cooperation between China and Central and Eastern European Countries (2012-2020)," was released at a think tank forum in Ningbo on Wednesday.

A book in English that reviews the progress of the cooperation between China and Central and Eastern European countries (CEEC) was released on Wednesday in Ningbo at a think tank forum on China-CEEC cooperation.

Written by scholars of the China-CEEC Think Tanks Network of the Institute of European Studies and the Chinese Academy of Social Sciences (CASS), it is the first book published in China that specializes in the studies of China-CEEC cooperation in a systematic and comprehensive way.

The Chinese version of the book was released last December and featured in this year's China-CEEC summit.

It examines the cooperation between China and CEEC in fields ranging from economic and trade relations to personal exchanges, with general and country-specific reports.

Ju Weiwei, deputy director of CASS' Institute of European Studies, said the Chinese version of the book has been highly commended by the Chinese Ministry of Foreign Affairs and CEEC ambassadors to China.

Wang Hongliang, counselor of European affairs at the Ministry of Commerce, said economic and trade ties between China and CEEC are stronger since the inception of the China-CEEC cooperation in 2012.

By the end of 2020, the foreign direct investment from China to CEEC amounted to US$3.1 billion. China became the largest source of FDI to Hungary last year.

"China has significantly diversified its investment in CEEC over the years, including recent projects focused on the automobile industry, renewable energy and medicine," Wang said. "China has also joined hands with partners from non-CEEC European Union member countries in CEEC projects."