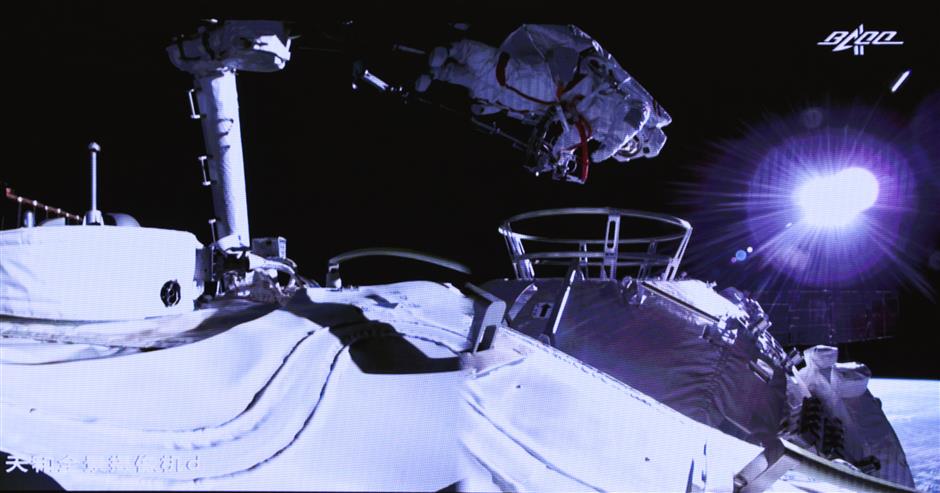 Two astronauts yesterday made the first spacewalk outside China's new orbital station Tiangong to set up cameras and other equipment using a 15-meter-long robotic arm.

Liu Boming and Tang Hongbo were shown by state TV climbing out of the airlock as Earth rolled past below them. The third crew member, commander Nie Haisheng, stayed inside.

The Shenzhou-12 spaceship crew, after approximately seven hours of extravehicular activities, have completed all the scheduled tasks, and astronauts Liu and Tang returned to the space station core module Tianhe at 2:57pm, according to the China Manned Space Agency.

The first EVAs during the construction of the country's space station were a complete success, the CMSA declared.

Liu, who went out of the core module at around 8:26am, has installed foot restraint and workbench on a robotic arm and then was transferred by the robotic arm to install relevant equipment.

Tang started his spacewalk at around 11:02am. Aided by the handrails mounted on the space station, he crawled to the operation site cooperating with Liu.

Their tasks involved elevating a panoramic camera outside the Tianhe core module and equipment installation, as well as testing the robotic arm which will be used to transfer future modules around the station. 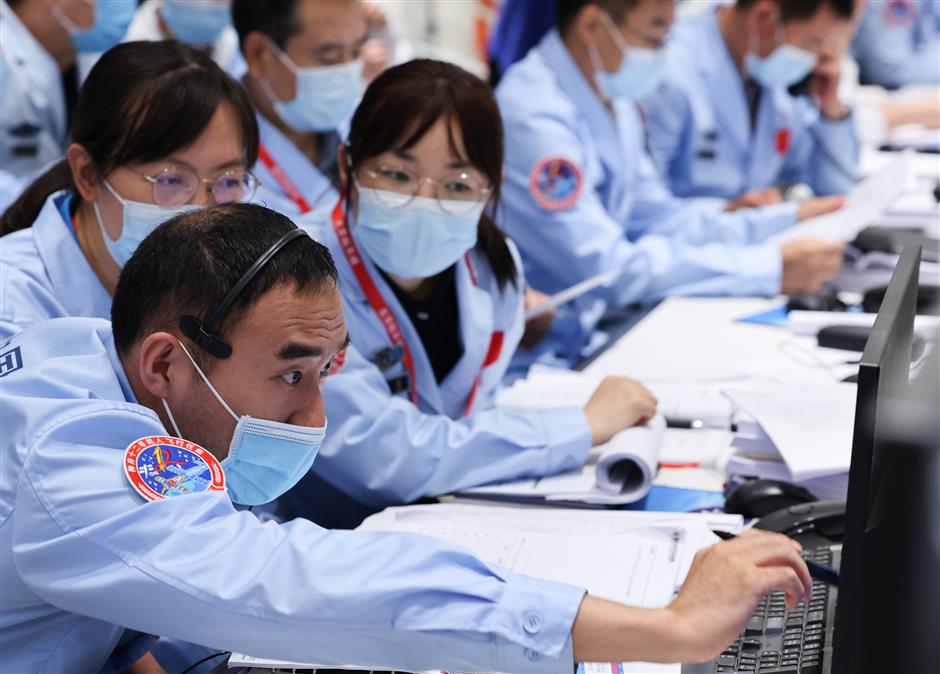 In a video clip of Liu leaving the cabin, he exclaimed: "Wow, it's so beautiful out here."

They were supported from inside the station by the mission commander Nie Haisheng, a decorated air force pilot who is on his third space mission.

The EVAs tested the performance and function of the new-generation homemade extravehicular mobility units and the coordination between the astronauts and the mechanical arm, as well as the reliability and safety of related EVA supporting equipment.

This has laid an important foundation for subsequent EVAs for the space station construction, said the CMSA.

This was the first of two spacewalks planned for the mission, both expected to last six or seven hours.

It was also the first time since 2008 that Chinese astronauts went outside their spacecraft. Zhai Zhigang made China the third country to complete a spacewalk after the Soviet Union and the United States.

The three astronauts on board the Shenzhou-12 spaceship were sent into space and entered Tianhe on June 17 for a three-month mission and have since carried out a number of tasks as planned.