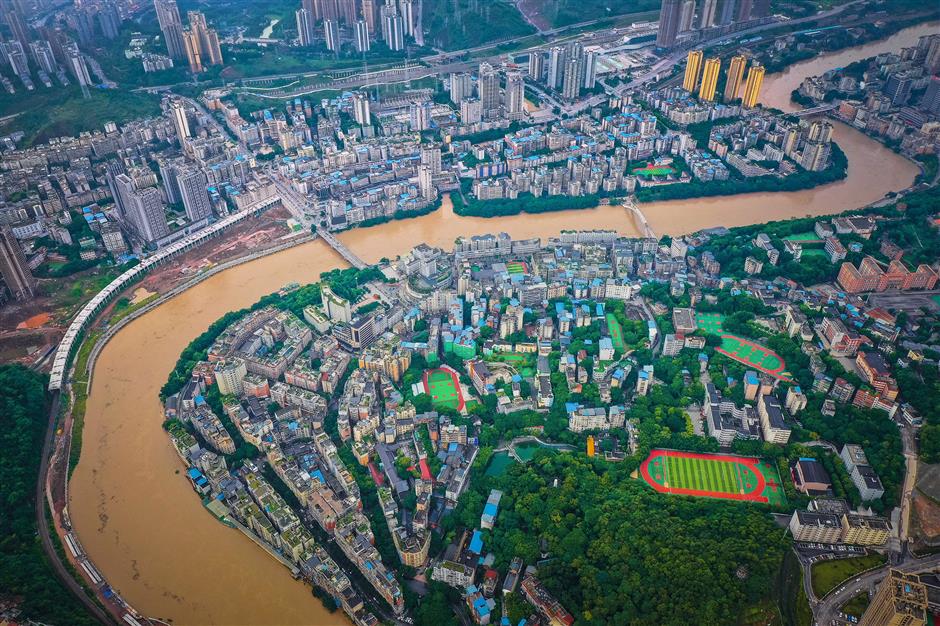 The water level of Qijiang River rises after torrential rains, seen from an aerial view on July 5, 2021.

More than 20,000 residents have been evacuated after torrential rains led to swollen rivers in southwest China's megacity of Chongqing, local authorities said on Tuesday.

Six rivers in Chongqing have seen water levels rise above the alert level after heavy rains battered most parts of the city on Monday and Tuesday, according to the city's hydrologic station.

After flood alerts, local officials and volunteers immediately evacuated residents in riverside and low-lying areas. No casualties have been reported, the city's emergency management bureau said.

The city has raised its emergency flood response to level III, the second lowest in China's four-tier emergency response system.

Some riverside promenades and low-lying areas in Qijiang District were submerged in flood water on Monday, reporters at the site said.

China's national observatory on Tuesday renewed a yellow alert for rainstorms in many parts of the country.