Stranded whales die on return to ocean in east China 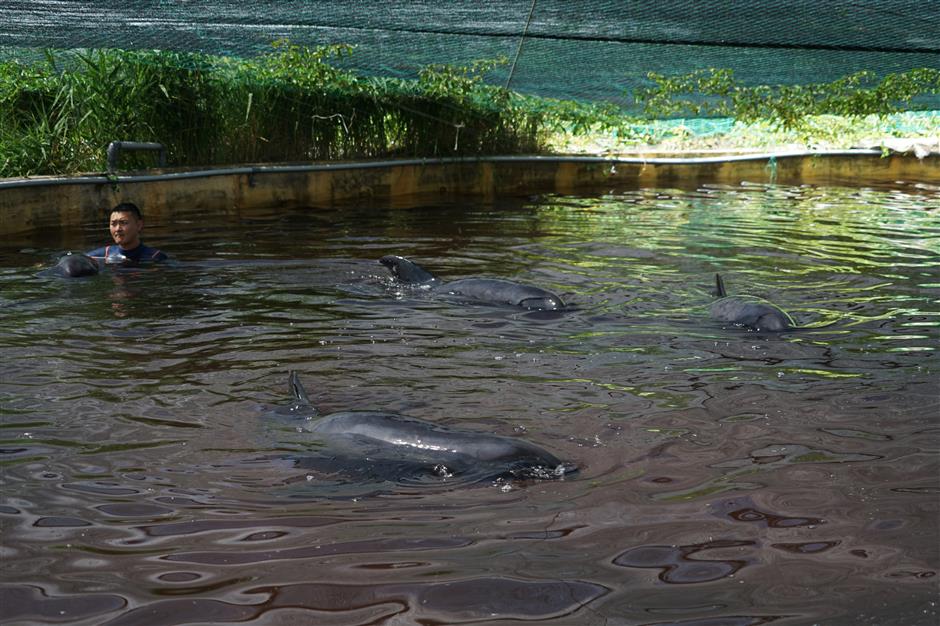 In this July 7, 2021 photo the whales are being temporarily cared for at a seafood facility in Linhai City, Zhejiang Province.

Two of the 12 whales that were found stranded in coastal waters off eastern China's Zhejiang Province died on release back into the ocean on Wednesday night, Zhejiang Daily reported.

Their deaths mean that five of the melon-headed whales have so far died, including three which were suffering from dehydration when first found. Six of the pod have been successfully returned to the ocean and one is still being nursed in a nearby seafood facility.

"To our regret, two of the rescued melon-headed whales lost vital organ signs while being sent back to the ocean," said Zhu Yupeng, leader of Linhai's department of oceans and fishery.

Experts would study the cause of their deaths later, the media report said.

The pod of whales was discovered hundreds of meters offshore in Linhai City on Tuesday morning.