Archaeologists in east China's Zhejiang Province recently identified two items of lacquerware dating back more than 8,000 years, which are the earliest ever found in China.

The lacquerware items were unearthed in Jingtoushan ruins in the city of Yuyao administered by Ningbo City. Jingtoushan ruins were identified as the earliest and most deeply buried shell mound site in the coastal areas of China with a history of between 7,800 and 8,300 years. The site was listed among the top 10 archaeological discoveries of 2020 in China.

A large number of exquisite artifacts have been unearthed since the excavation of the site began in September 2019. In the first half of 2020, two items of woodware, each with a layer of artificial coating, were unearthed. Scientists later confirmed that they are two lacquerware items using nondestructive infrared spectroscopy, pyrolytic mass spectrometry and enzyme-linked immunoassay. 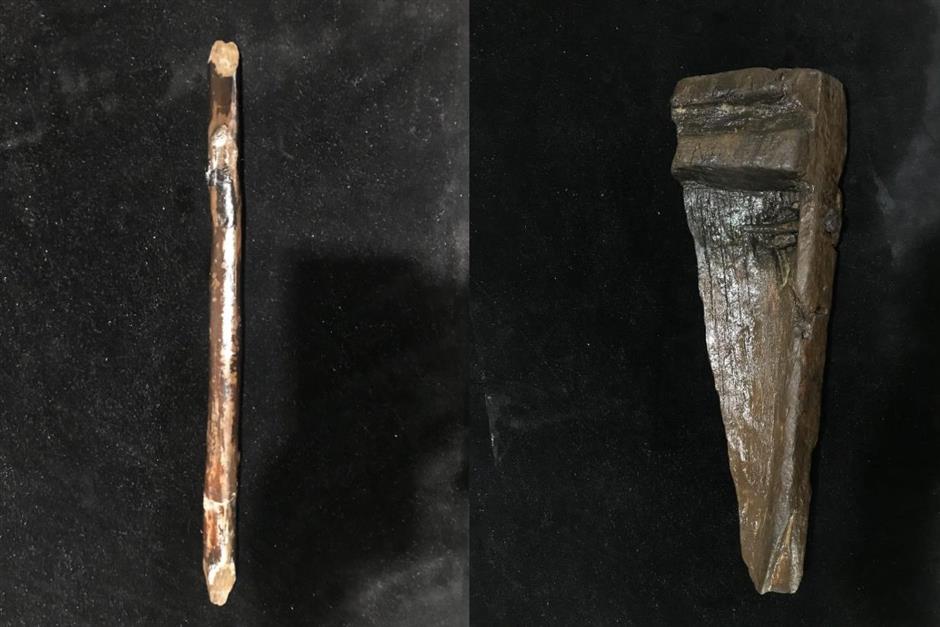 The carbon-14 test showed that the two items are about 8,200 years old.

According to Sun Guoping, the archaeological team leader at the site, the new discovery can extend the history of Chinese lacquerware to about 8,300 years ago.

"One of the lacquerware may be the remnants of a canoe or a part of the speaker of a musical instrument, while the other should be used for weaving. They are both practical and ceremonial, representing the pursuit of exquisite life by ancient human beings," Sun added.