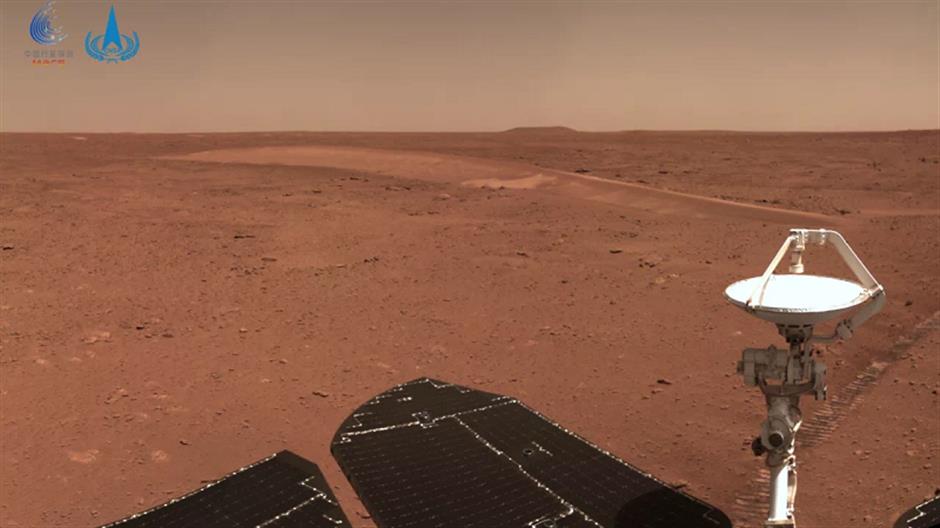 The vast plain of Mars.

China's Zhurong rover has driven for 509 meters on the surface of Mars as of 11pm on Saturday (Beijing time), according to the China National Space Administration.

The rover is about to reach the second sand dune, where it is expected to carry out a detailed survey.

The Zhurong rover has been working on the red planet for 63 Martian days. A Martian day is roughly 40 minutes longer than a day on Earth.

The latest images sent back by the rover show its parachute and protective shell on the Martian surface.

The Tianwen-1 orbiter, which serves as a relay communication satellite, has been working in orbit for 359 days at a distance of about 375 million kilometers from Earth. The one-way communication delay is nearly 21 minutes.

The rover and the orbiter are both in good condition, with each subsystem in normal operation.

China's Tianwen-1 mission, consisting of an orbiter, a lander, and a rover, was launched on July 23, 2020. The lander carrying the rover landed in the southern part of Utopia Planitia, a vast plain on the northern hemisphere of Mars, on May 15 this year.