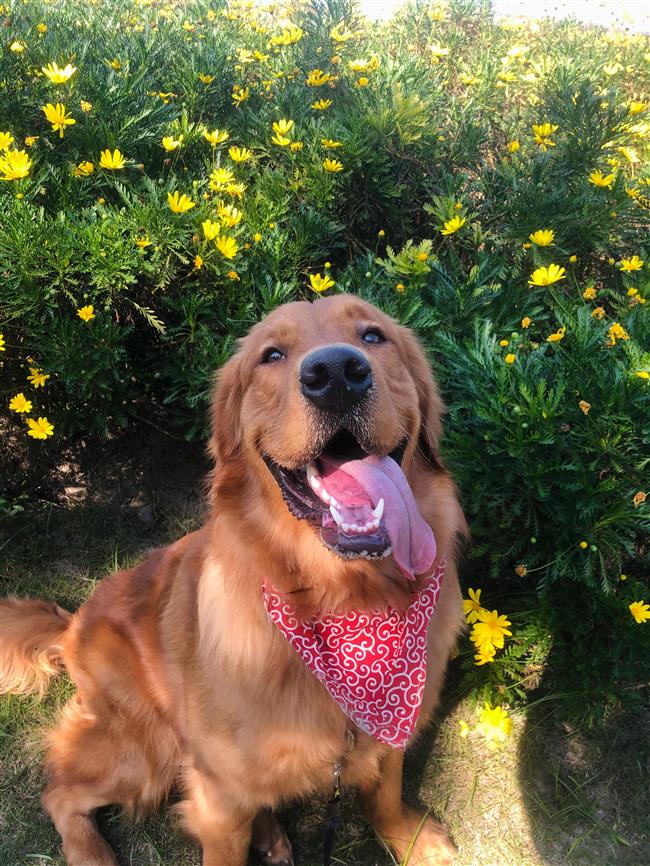 Siri, the golden retriever, that died from heatstroke when he was being transported from Nanjing to Guiyang.

A logistics company in south China's Guangzhou has suspended its operations after a golden retriever in its care died from heatstroke.

An employee had secretly ordered the dog transported by bus, instead of by air as the owner had requested.

The owner, Chen Dan, spent 2,600 yuan (US$401) to hire Bang Bang International Freight Shipping company to transport her 1-and-a-half-year-old golden retriever named Siri from Nanjing to Guiyang by air on July 6, she said on social media.

On the same day, Chen received a message from the airliner notifying her that the flight had been canceled. Chen contacted the employee of Bang Bang, but he lied to her, saying the dog would still be flown to Guiyang. He also refused to send her any images of the dog.

When Chen picked up Siri at a logistics station in Guiyang, southwest China's Guizhou Province, on July 7, it had already died from heatstroke, she said.

Bang Bang's office in Guangzhou was vacant and its business has been suspended, reported The Beijing News.

An executive of Bang Bang, surnamed Zhou, said an employee identified as Xiao Chen privately took the order from the pet owner. Xiao Chen did not use the company's official contract nor did he hand over the fees received to the company, according to the report.

Xiao Chen secretly outsourced the job to another agent in Nanjing, claiming he would transport the dog by air.

Xiao Chen has quit the company after the incident, according to Zhou, who blamed the problem on loopholes in the company's management.

The market watchdog of Huadu District in Guangzhou, where the company is located, is investigating.

Chen said she would take legal action against Bang Bang.

Fu Jian, a lawyer with Henan Yulong Law Firm, said the company changed the method of transport without authorization and lied about the dog's health condition, which is fraud, Zhengguan News reported.