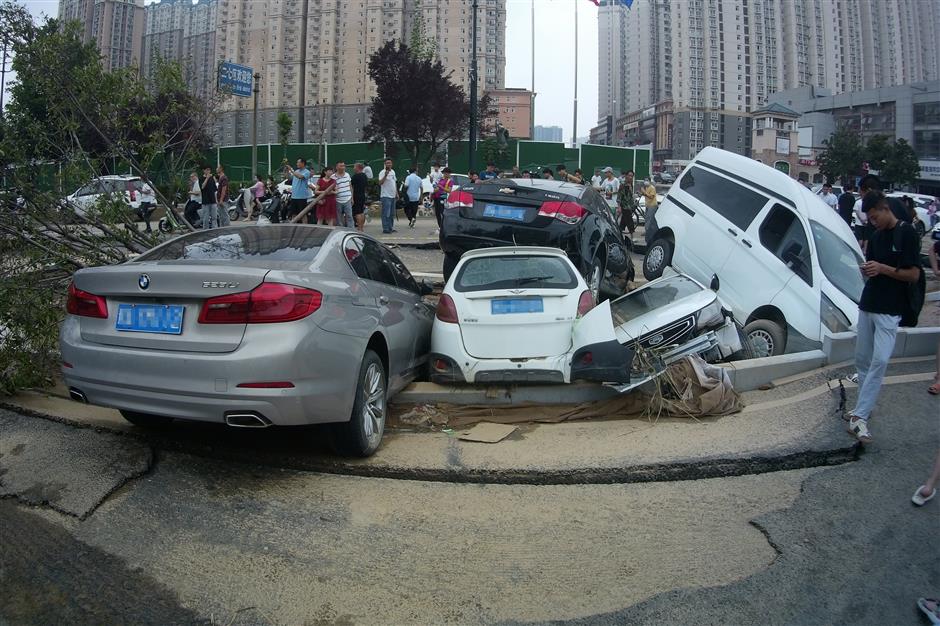 Vehicles are piled up after flood waters subside in Zhengzhou, capital of Henan Province, on July 22.

Cut off from water, power and communication, people in Zhengzhou are struggling to cope with life without public services as the city slowly rebuilds after the worst rainstorm in history.

Capital of central China's Henan Province, Zhengzhou has more than 12.6 million urban residents, and after the deadly floods this week, its systems are under great pressure to recover.

In the two days since July 20, eight electrical substations in the city were forced to shut down and 441 power distribution lines were disabled, affecting a total of 473 residential areas, as well as essential services such as hospitals and food outlets, People's Daily reported today.

Many areas also experienced water shortages and supply interruptions due to damaged water mains. Traffic was obstructed by flood waters and abandoned vehicles, and only a few gas stations continued to function. 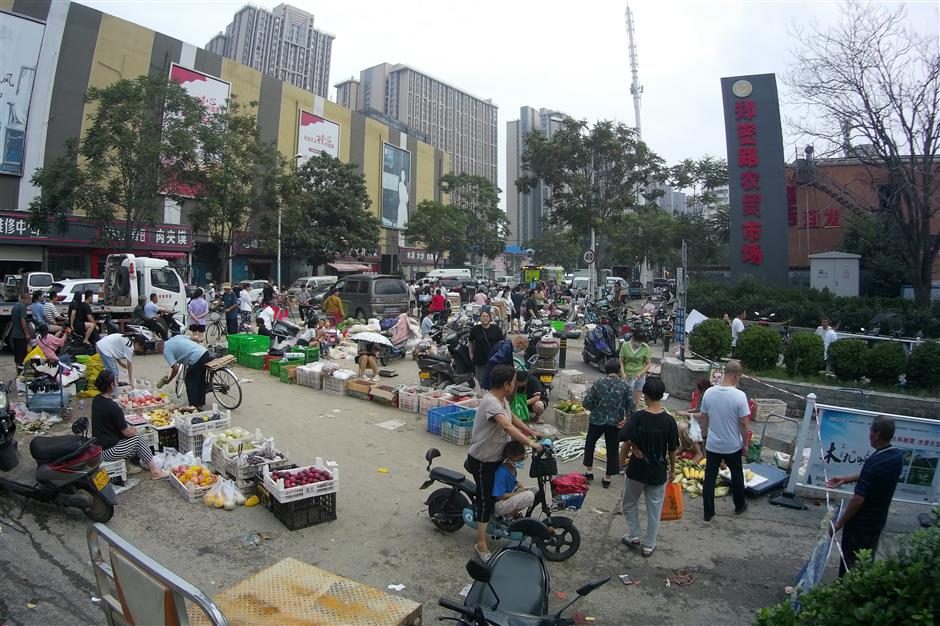 People buy groceries at a makeshift food market in Zhengzhou on July 22.

Many of these issues had already been addressed by Friday morning, except for the Internet access.

A total of 4,370 communication base stations won't be operating until the power supply is totally guaranteed, Zhengzhou's Communication Management Office revealed, resulting in signal loss and poor network connections.

With online transaction systems not functioning normally, many businesses and customers aren't able to adapt to the change.

In a fresh food supermarket near Qili River, a shopkeeper was at a loss in dealing with customers with no cash.

"Why not Alipay?" asked a customer.

"Try if you can. It does not work," answered the shopkeeper.

Other Internet services have also been hit, such as online car-hailing, forcing many stranded people to hail passing vehicles to catch a ride.

At a crossroad southwest of Zhengzhou Railway Station, dozens of people gathered around a taxi hoping the driver could help.

"Can I get a lift?" one traveler asked.

"Sure. Pay as much as you want, because my taximeter is not working. But pay in cash please. I have no access to any kind of online payment right now," the driver said.

Many hotels have also given up on their online reservation system, taking down guests' information with pen and paper.

The problems caused by the failed network do not stop there. Services such as food delivery and its essential online navigation which needs the Internet have all come to a standstill.

According to various Zhengzhou government offices, network communication will gradually return to normal in the next few days. 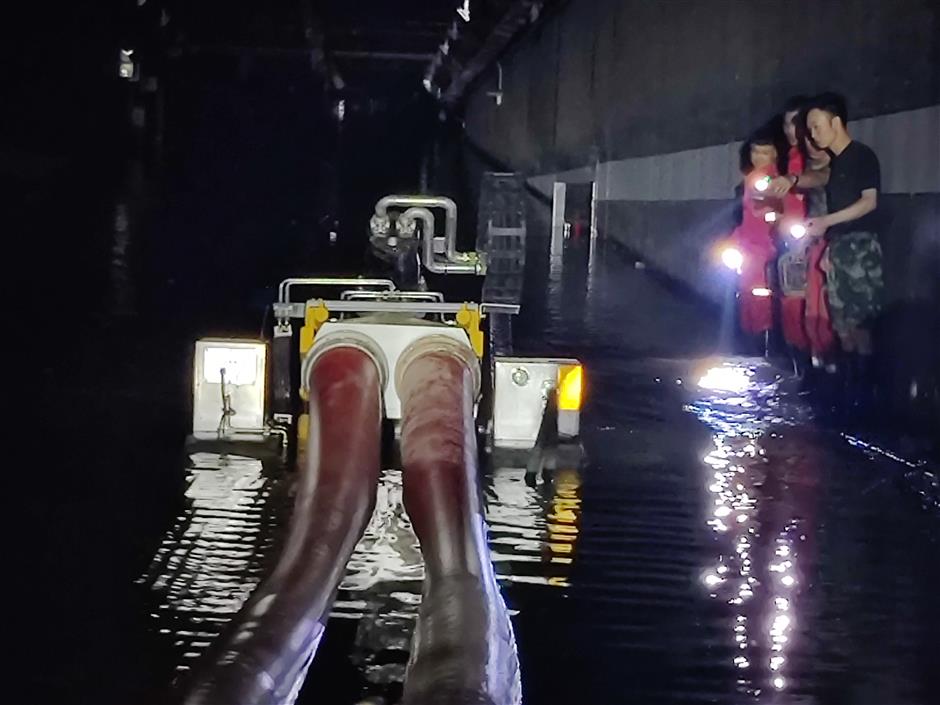 Water pumps operate around the clock to pump water from the deeply flooded Jingguang Road N. Tunnel in Zhengzhou on July 23.