Non-swimmer fails to beat Yangtze to get home 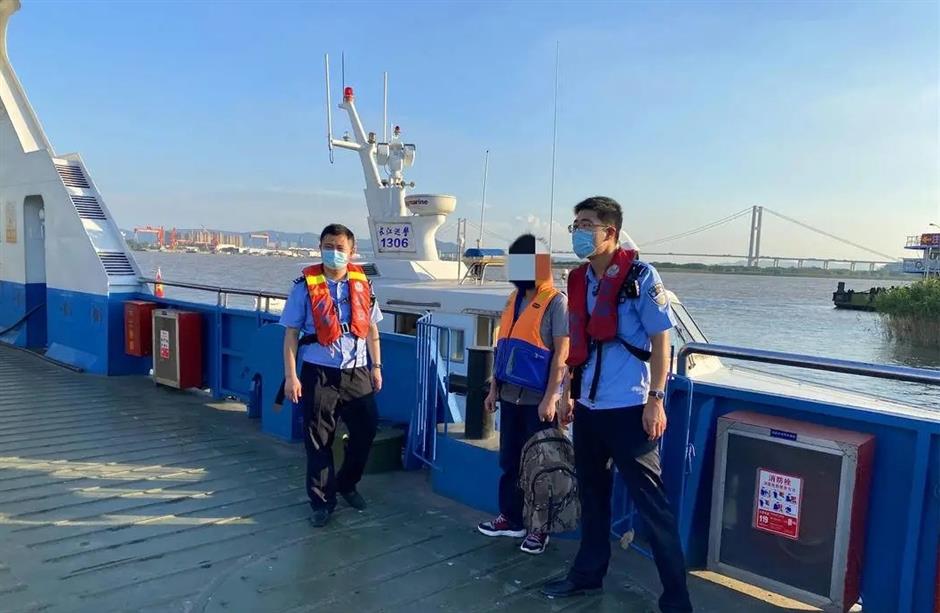 The man surnamed Qin (center) is pictured after being rescued by water police.

A man who can't swim but decided to drift across the Yangtze River wearing a life buoy to get home in Yangzhou City, which is under lockdown, has been rescued by police.

The man, surnamed Qin, departed on his ill-fated journey from Zhenjiang City after he finished work on a decoration project, Yangtze Evening News reported.

With a green life buoy around his body, and his belongings in a plastic bag and a backpack, Qin jumped into the river on August 4. But he soon became exhausted.

Zhenjiang water police found him at around 5pm the same day and saved him from the river. 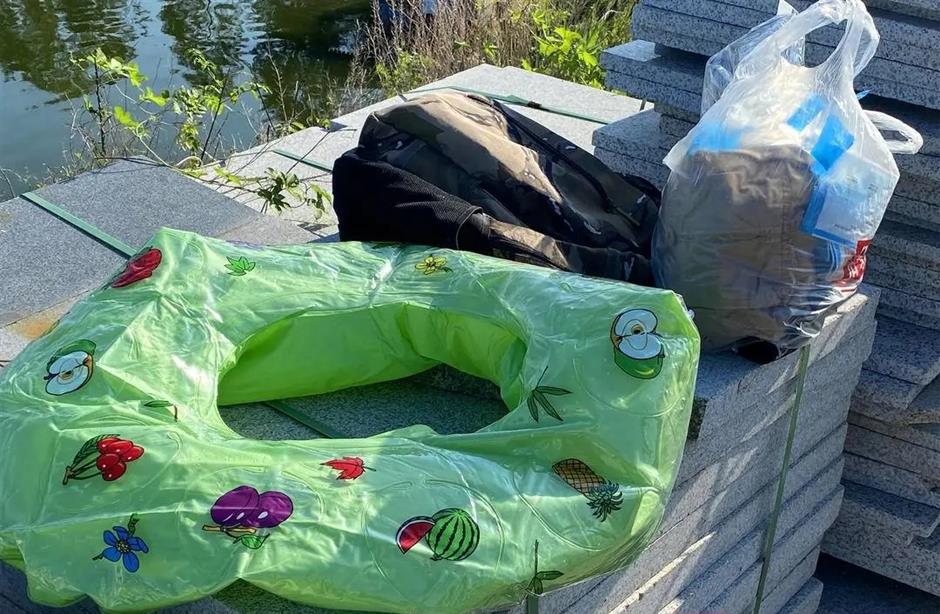 Qin tried to drift across the Yangtze River with a life ring, carrying a backpack and a plastic bag.