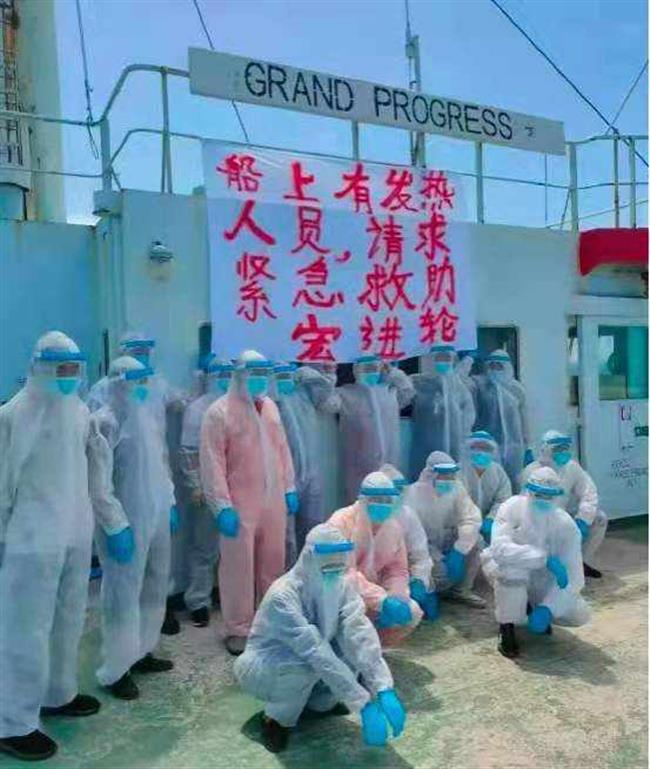 The crew of cargo ship Grand Progress issue a call for help after 13 of them developed fever symptoms.

Eleven of them have been sent to a hospital for treatment yesterday evening. 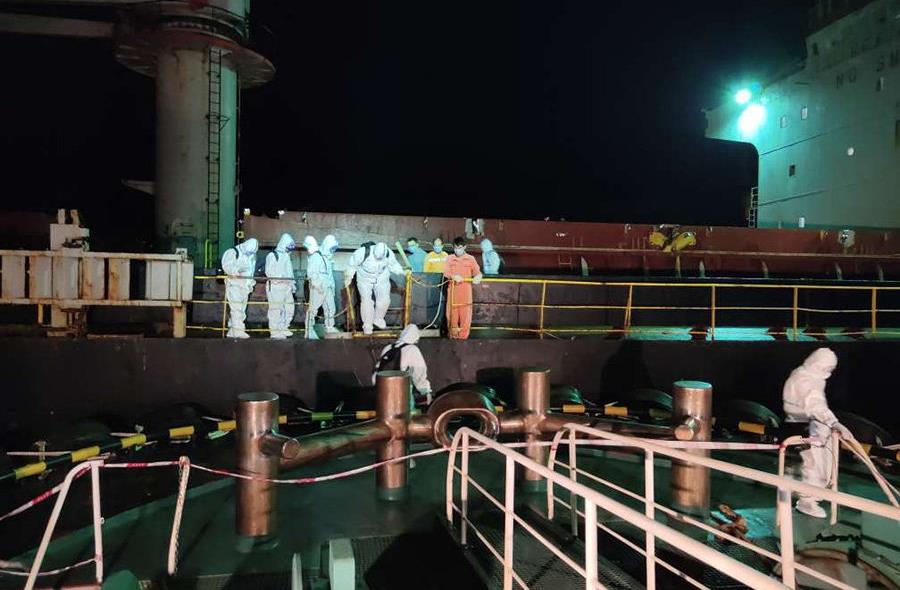 Eleven crew members disembark the ship yesterday evening and have been sent to hospital for treatment.

The all-Chinese crew had issued desperate calls for help to Zhoushan authorities after 13 of them had developed fever symptoms.

The ship set out from the port of Semirara in the Philippines on July 30 and was scheduled to arrive in Rugao, Jiangsu Province.

But it was rejected by the destination port and became stranded in waters near Zhoushan, Qianjiang Evening News reported yesterday.