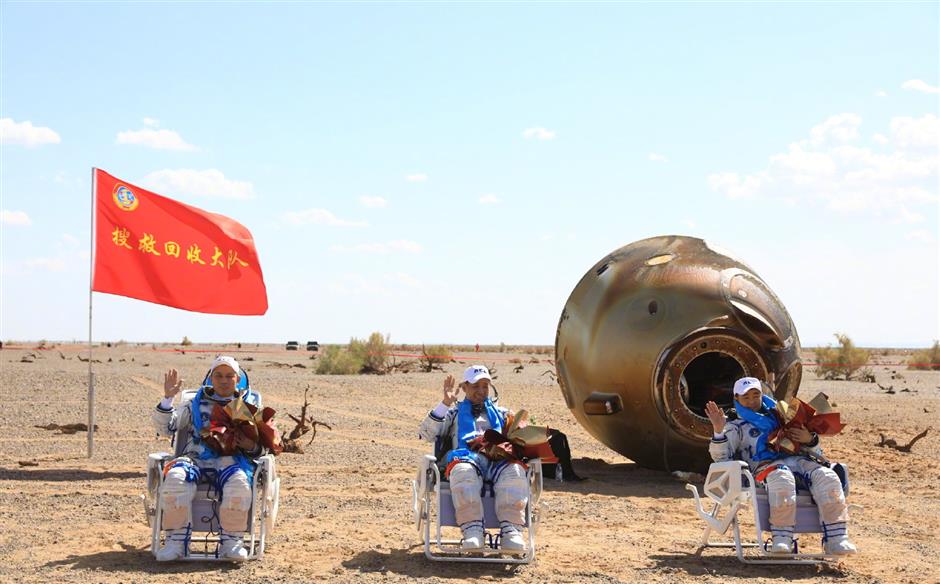 Three astronauts wave after they land on Earth. 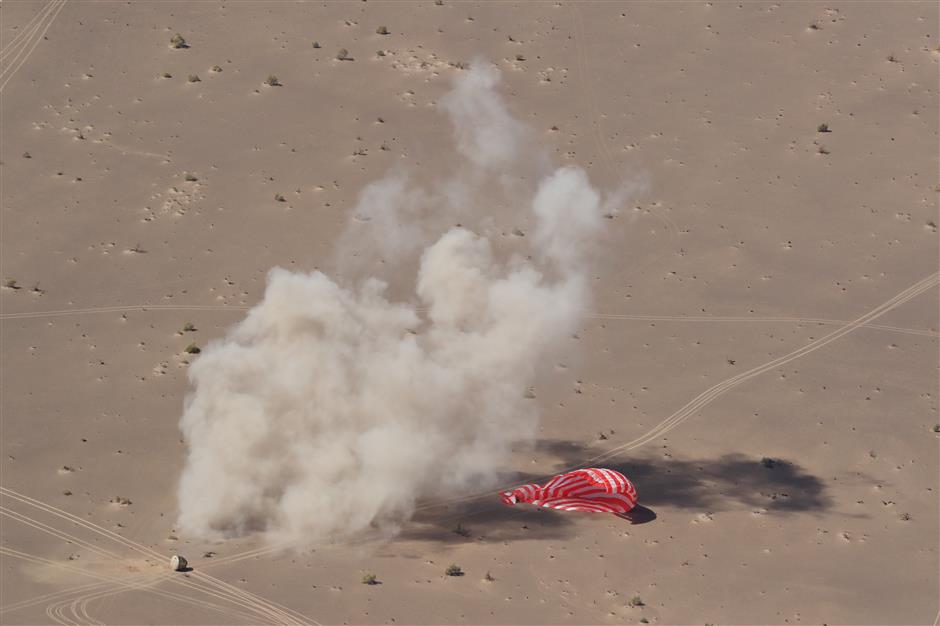 Three Chinese astronauts, the first sent to orbit for space station construction, have completed their three-month mission and returned to Earth safely on Friday.

The three astronauts have exited the return capsule, all in good condition, said the CMSA.

The first manned flight during the construction of China's space station was a complete success, it announced.

This is also the first time that the Dongfeng landing site was used in the search and retrieval of the manned spacecraft, it said.

The return capsule of Shenzhou-12 separated from the spaceship's orbiting capsule at 12:43 pm under the command of the Beijing Aerospace Control Center.

On June 17, the Shenzhou-12 spaceship was launched from the Jiuquan Satellite Launch Center in northwest China and docked with the space station core module Tianhe. After docking, the three astronauts entered the core module and began their three-month stay in space.

The crew carried out two extravehicular activities as well as a series of space science and technology experiments. They tested key technologies for the construction and operation of the space station, concerning long-term stays for astronauts, the recycling and life support system, supply of space materials, extravehicular activities and operations and in-orbit maintenance.

The success of the Shenzhou-12 manned spaceflight mission laid a solid foundation for the continued construction and operation of the country's space station, the CMSA said. 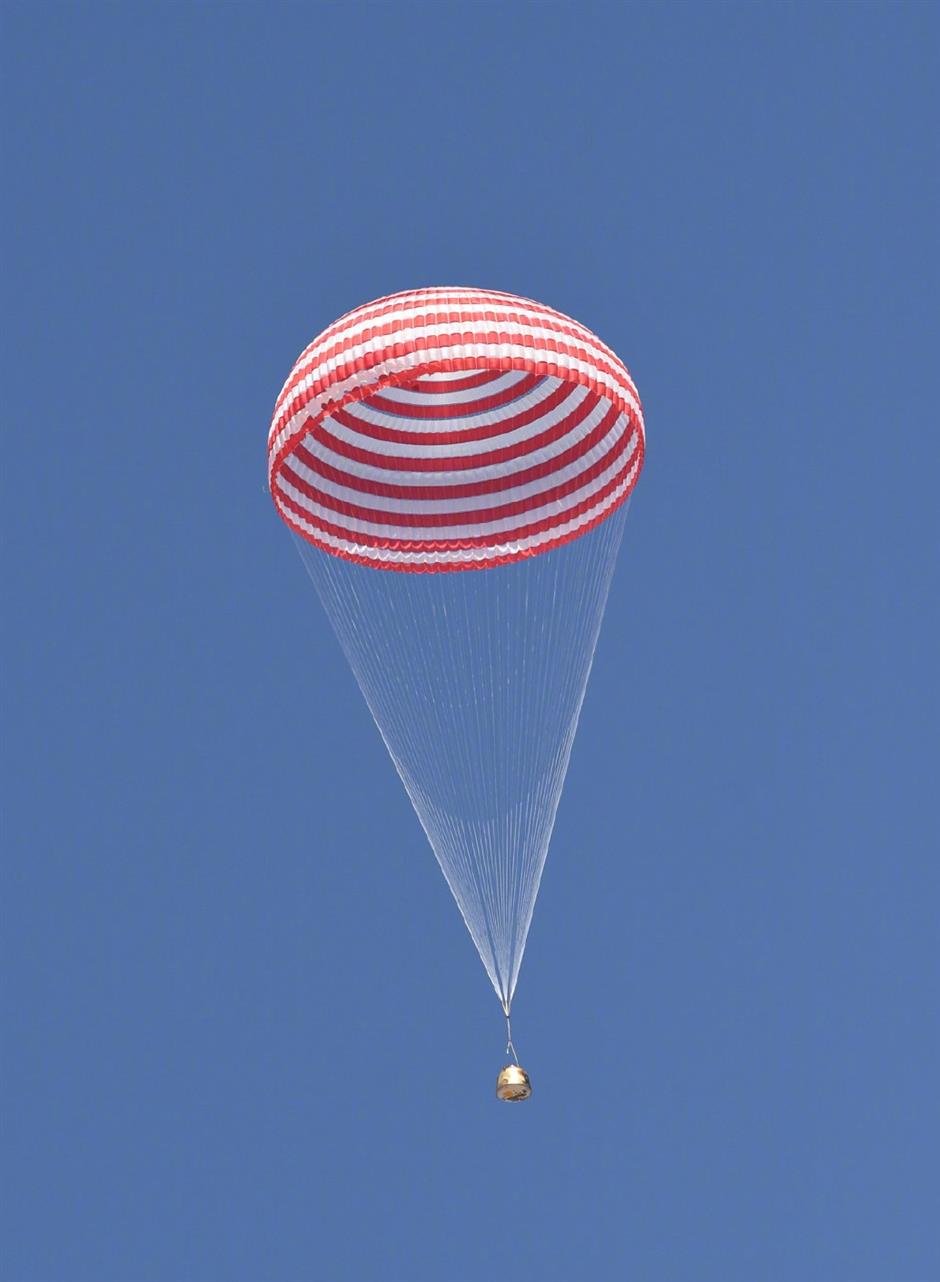 The main parachute of the return capsule of the Shenzhou-12 manned spaceship is successfully deployed. 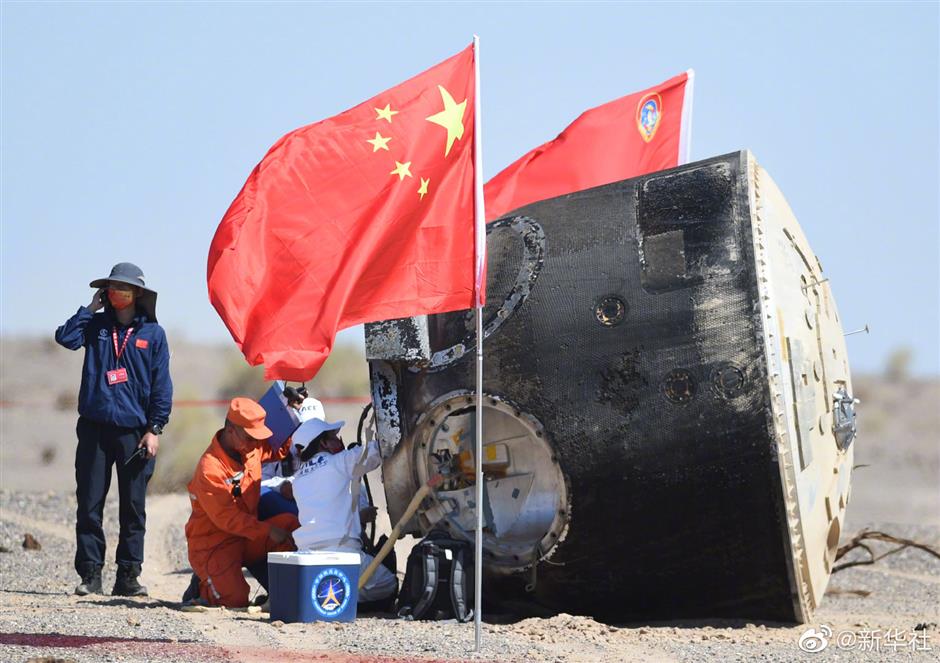 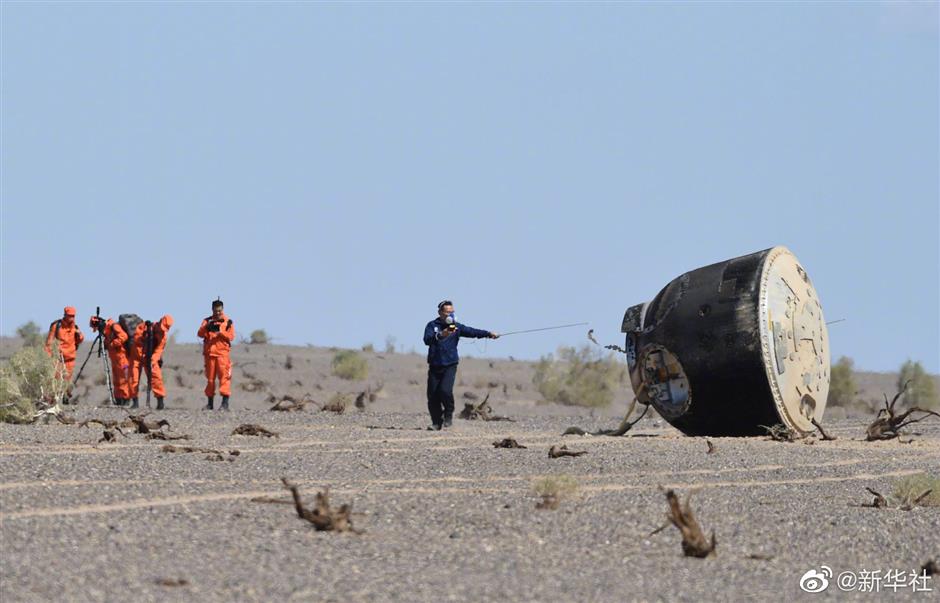