Sunday saw 26 imported COVID-19 cases and one locally-transmitted infection newly reported on the Chinese mainland, the National Health Commission said in its daily report on Monday.

There were no new suspected cases or new deaths from COVID-19 on the mainland.

As of Sunday, the mainland had reported a total of 96,258 confirmed COVID-19 cases. Of them, 90,765 had been discharged from hospitals following recovery, and 4,636 had died as a result of the virus.

Currently, there were 857 confirmed cases receiving treatment and no suspected infections on the mainland. 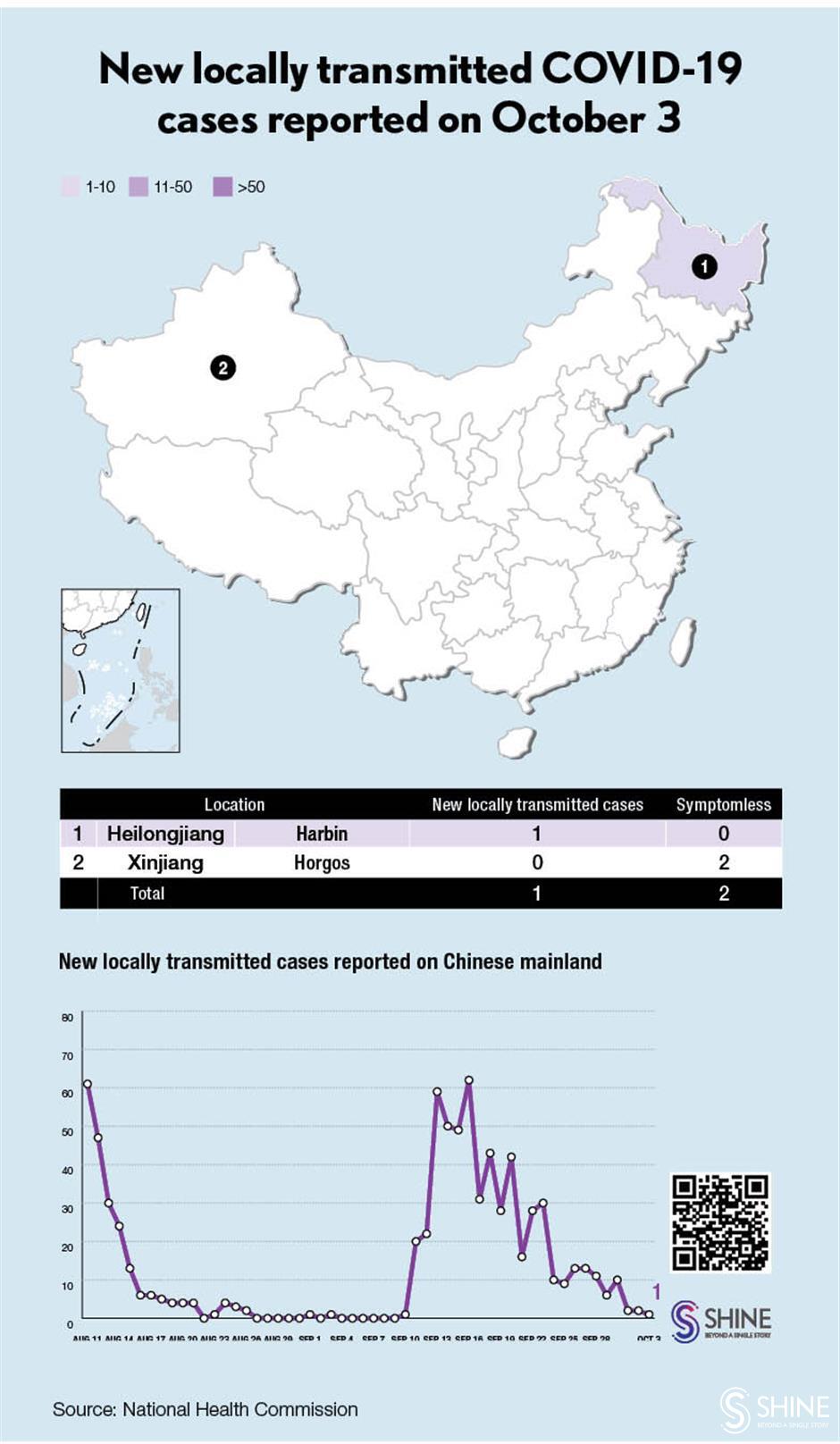