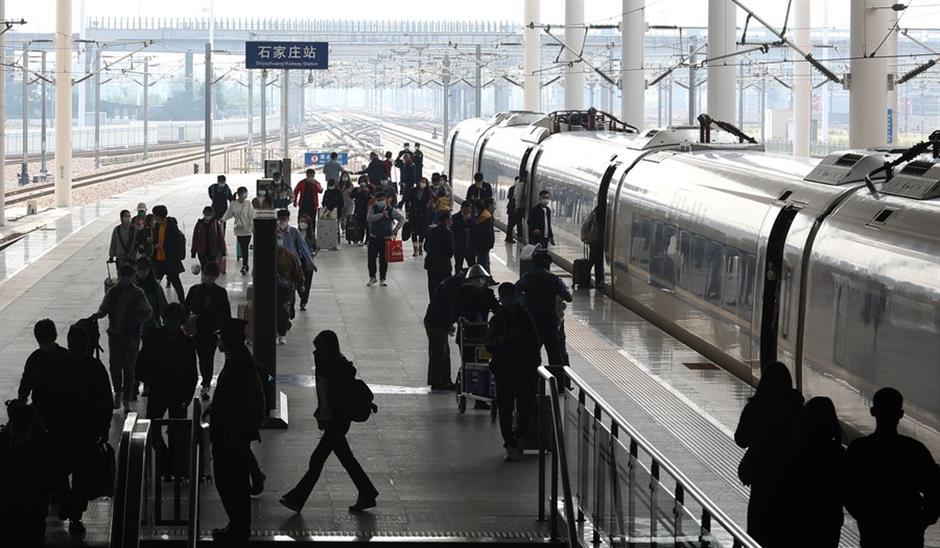 Passengers board the train at the Shijiazhuang railway station in Shijiazhuang, north China's Hebei Province, on October 7, 2021.

Railway authorities have coordinated COVID-19 control measures and transport services to cope with the travel rush.

Authorities had earlier estimated some 127 million railway passenger trips during the holiday rush lasting from September 28 to October 8.