The Chinese mainland on Wednesday reported 53 new locally transmitted COVID-19 cases, all in Inner Mongolia, the National Health Commission said in its daily report on Thursday.

Also reported were 20 new imported cases in eight provincial-level regions, according to the commission.

One new suspected case arriving from outside the mainland was reported in Shanghai and no new deaths from COVID-19 were reported on Wednesday, it added.

The total number of confirmed COVID-19 cases on the mainland had reached 98,897 by Wednesday, including 906 patients still receiving treatment, of whom seven were in severe condition.

A total of 93,355 patients had been discharged from hospitals on the mainland, and 4,636 had died as a result of the virus.

A total of 13 asymptomatic cases were newly reported Wednesday, of whom 12 were from outside the mainland. 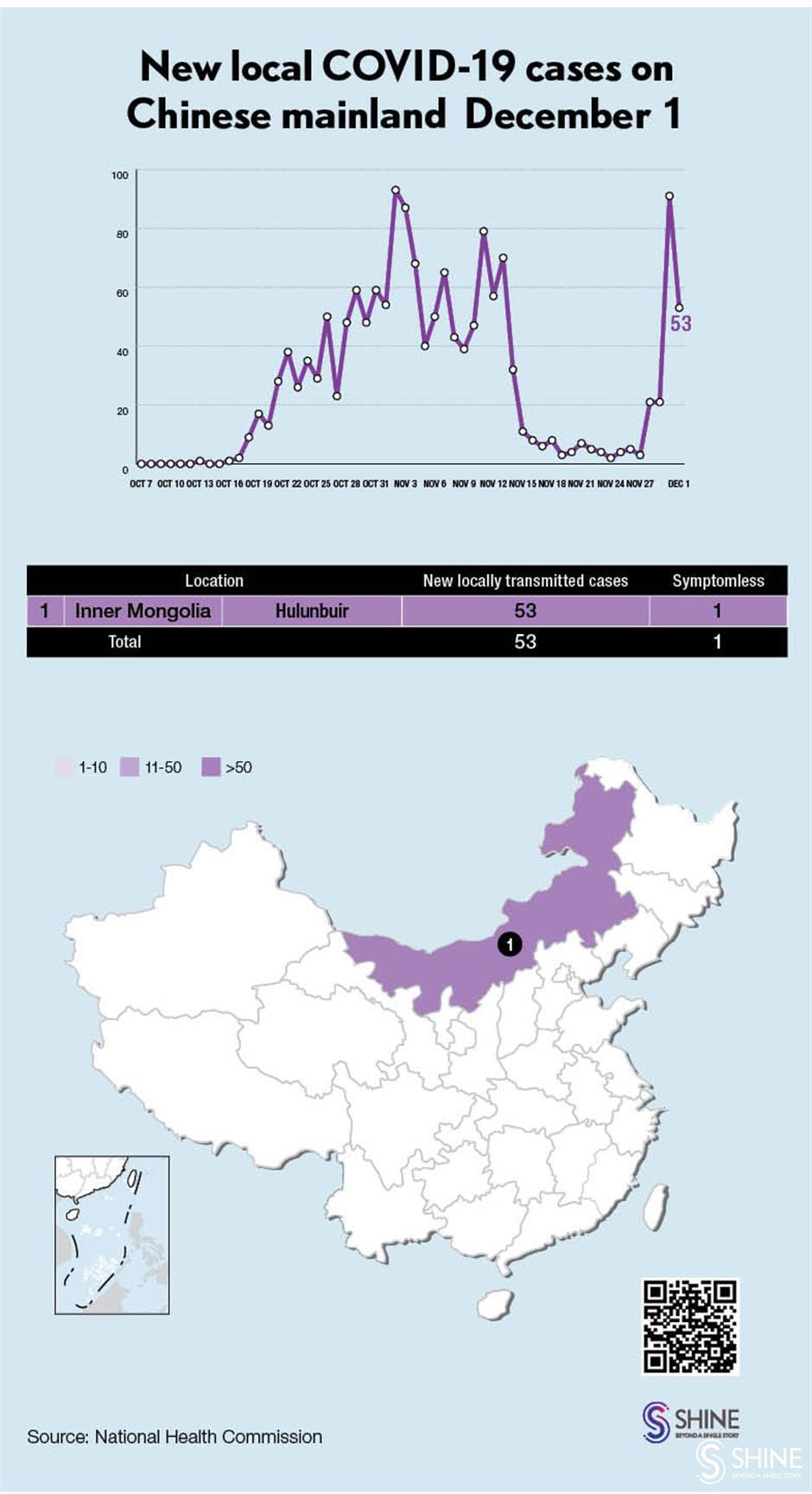