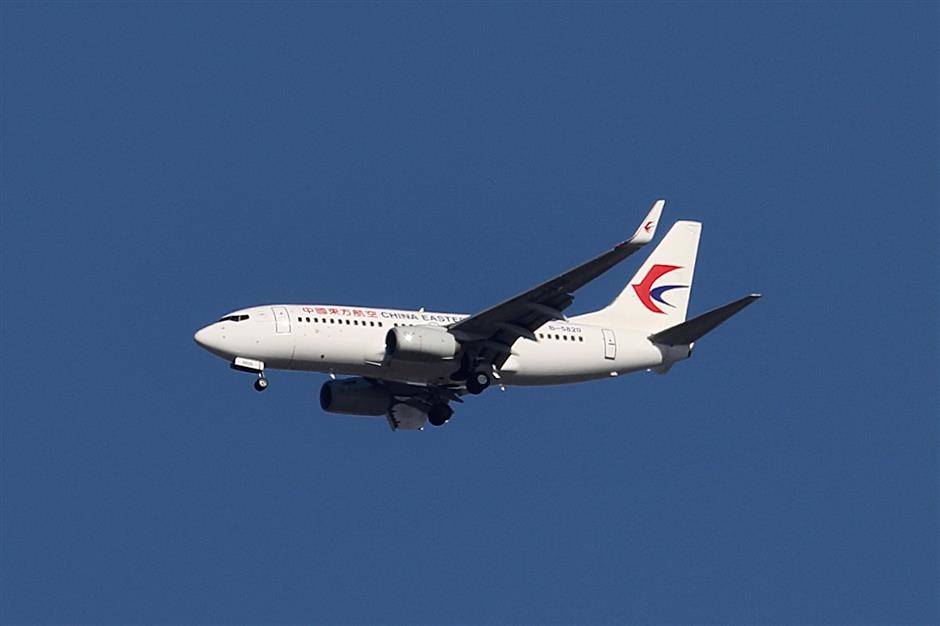 A China Eastern Airlines' jet, with the key black box recorder of the ill-fated Boeing 737-800, en route to Beijing.

The investigation is still ongoing, and no conclusions about the cause of the accident have been reached yet, said Wu Shijie, deputy director of the Civil Aviation Administration of China's flying safety office.

Several rumors have popped up on domestic and overseas sites, claiming that the "copilot was the key reason for the crash," "data of the black box recorders have been downloaded" and the "CAAC has ordered to monitor the mental health of crew members," according to Wu.

These rumors are intended to misguide the public and hamper the investigation. Related departments have been cooperating with the police to investigate the rumors and ensure legal proceedings, he said on Monday.

Wu said the mental and psychological conditions of the crew have always been an important part of flying safety management, and the crew had passed all relevant tests conducted by the civil aviation authorities.

But he did admit that the accident has psychological and emotional impacts on the civil aviation employees. Some of them suffered from emotional stress and were down in spirits.

The CAAC has asked the airlines to arrange for psychological counseling for the pilots, flight attendants and air security guards. It has been proved effective, and they are all in a stable state of mind.

The ill-fated flight was headed from Kunming in southwest China's Yunnan Province to Guangzhou in southern Guangdong Province when it crashed in Tengxian County in Wuzhou City in Guangxi Zhuang Autonomous Region on March 21.

Flight MU5735 had 123 passengers on board, along with nine crew members – three pilots, five flight attendants and a security guard. There were no survivors.

The CAAC has said that the preliminary investigation report will be completed within 30 days of the accident and will release it at the end of the investigation, according to the international convention and China's civil aviation law.