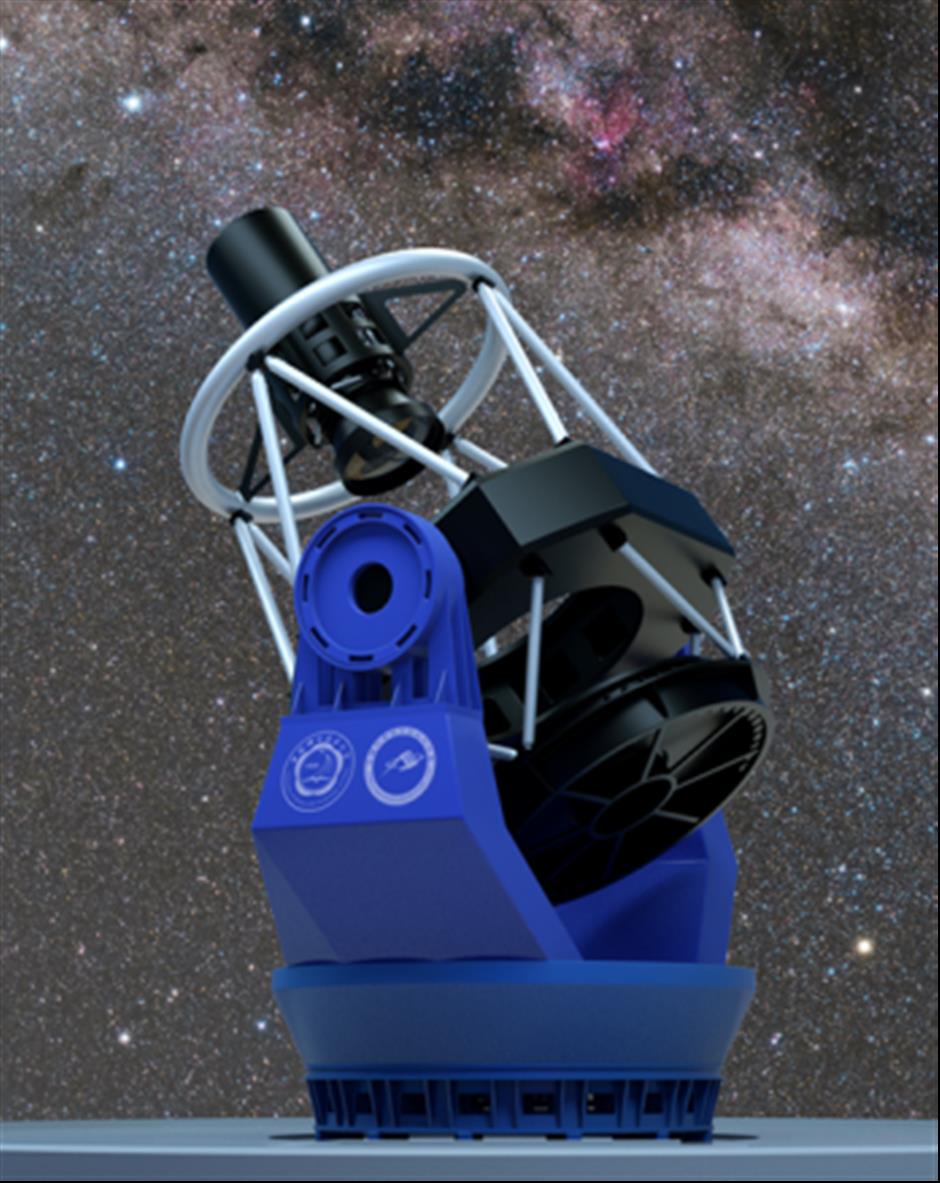 The conceptual design of the telescope

China's wide field survey telescope (WFST) has completed the testing of its charge-coupled device and primary-focus system, the Science and Technology Daily reported on Tuesday.

As a new generation survey telescope, the WFST has a diameter of 2.5 meters, which can provide a large field of view with high precision and broadband for sky survey, according to the newspaper. Its optical design is a primary-focus system, and its camera is a mosaic charge-coupled device camera for scientific imaging.

The primary-focus camera is one of the key components of the telescope. The imaging detector of the camera is composed of nine CCD290-99 chips, according to the research article published in the Journal of Astronomical Telescopes, Instruments and Systems.

The researchers from the Purple Mountain Observatory of the Chinese Academy of Sciences and the University of Science and Technology of China designed a verification platform to test the chips on the camera.

The results showed that the design of the charge-coupled device controller meets the scientific imaging requirements for the WFST camera.

The WFST is expected to improve the country's capability in astronomical image observation and survey, as well as the large-scale deep temporal survey of the northern hemisphere.