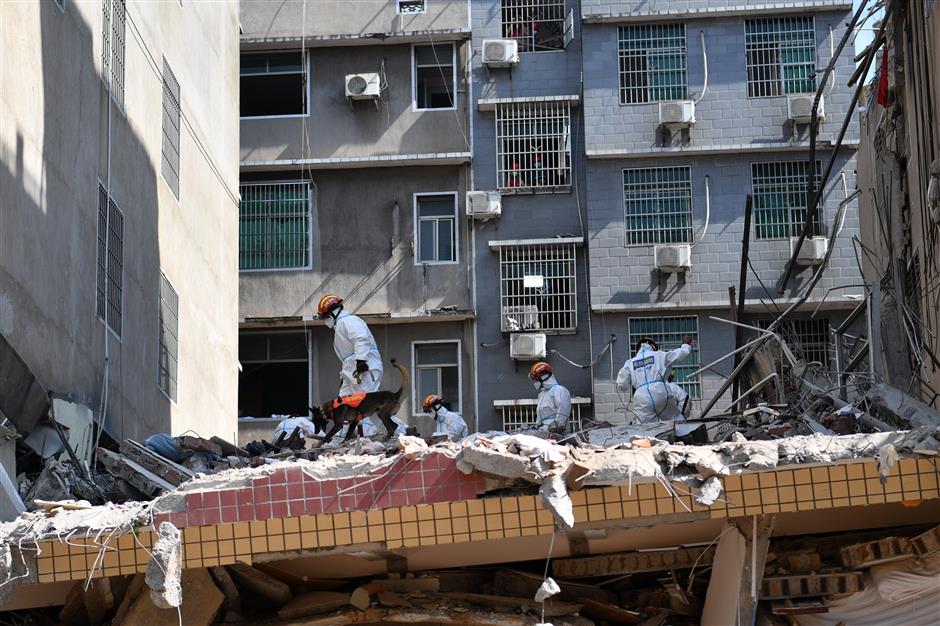 Rescuers look for survivors at the collapse site in Changsha, Hunan Province, on May 4, 2022.

A total of 53 people have been confirmed dead in a self-built residential structure collapse in central China's Hunan Province, according to a press conference held on Friday.

The building collapse took place in Wangcheng District in the provincial capital Changsha on April 29.

The State Council, China's cabinet, has decided to set up an investigation team for the recent building collapse.