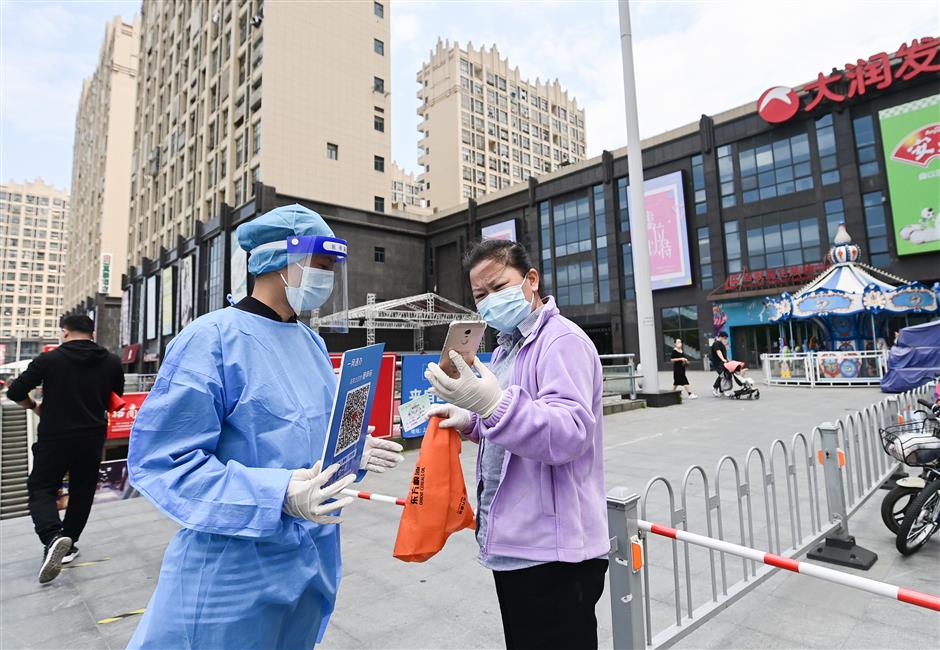 A worker checks a woman's health code outside a supermarket in Jiading District, Shanghai, on May 9, 2022.

China risks just over 1.5 million COVID deaths if it drops its zero-COVID policy without any safeguards such as ramping up vaccination and access to treatments, according to new modeling by scientists in China and the United States.

The warning follows several recently published reports from senior health advisers in China who said the zero-COVID approach remains essential to defeating the pandemic and buying time for mitigating measures.

Shanghai, a city of 25 million people, has been locked down for nearly six weeks as it battles China's biggest coronavirus outbreak yet.

But the new research published in Nature Medicine suggests that while dropping "zero-COVID" completely could be risky for public health, the impact could be greatly mitigated by focusing on other interventions like vaccinating the elderly.

"The level of immunity induced by the March 2022 vaccination campaign would be insufficient to prevent an Omicron wave," the authors wrote.

They forecast that peak demand on intensive care would be more than 15 times capacity, causing roughly 1.5 million deaths, based on worldwide data gathered about the variant's severity.

However, the researchers said the death toll could be much reduced if there was a focus on vaccination, as well as providing antivirals while maintaining some restrictions.

The lead authors of the paper are from Fudan University in China, backed up by researchers at the US National Institutes of Health.

In correspondence published by the peer-reviewed medical journal the Lancet last Friday, a team of Shanghai medical experts said the city's vital role in the national Chinese economy made lockdown there unavoidable.

"The spill-out of virus to other places... could have unimaginably severe consequences," said the team, which includes Zhang Wenhong, an adviser to authorities in Shanghai on treatment for COVID-19.

Shanghai's "dynamic" zero-COVID policies would "overcome weak links in the immunological barrier in populations across the country," they said, pointing out that around 49 million Chinese aged 60 and over remained unvaccinated.

Zero-COVID was still required to prevent a "run" on China's health resources, according to a separate commentary published in the official journal of China's Disease Prevention and Control Center and co-written by senior government health adviser Liang Wannian.

"The dynamic COVID-zero strategies adopted by China have won a precious time window for the future," it said, adding that the country must "seize the opportunity" to develop more drugs and vaccines.