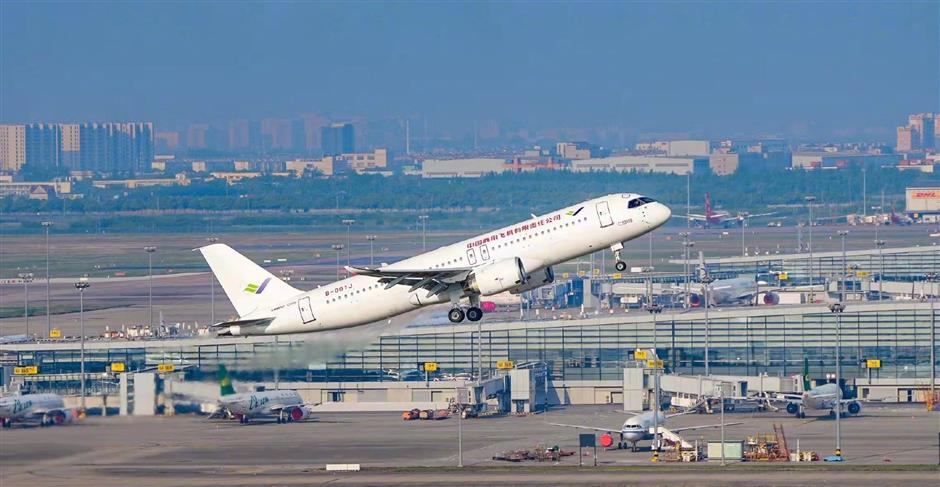 The country's first C919 jetliner to be delivered takes off from Shanghai's Pudong International Airport today for a test flight.

China on Saturday completed a test flight of the country's first C919 jetliner to be delivered, the Xinhua news agency said.

The jet, produced by state-owned manufacturer Commercial Aircraft Corp of China (COMAC), took off from Shanghai's Pudong Airport and flew for over three hours, it said.