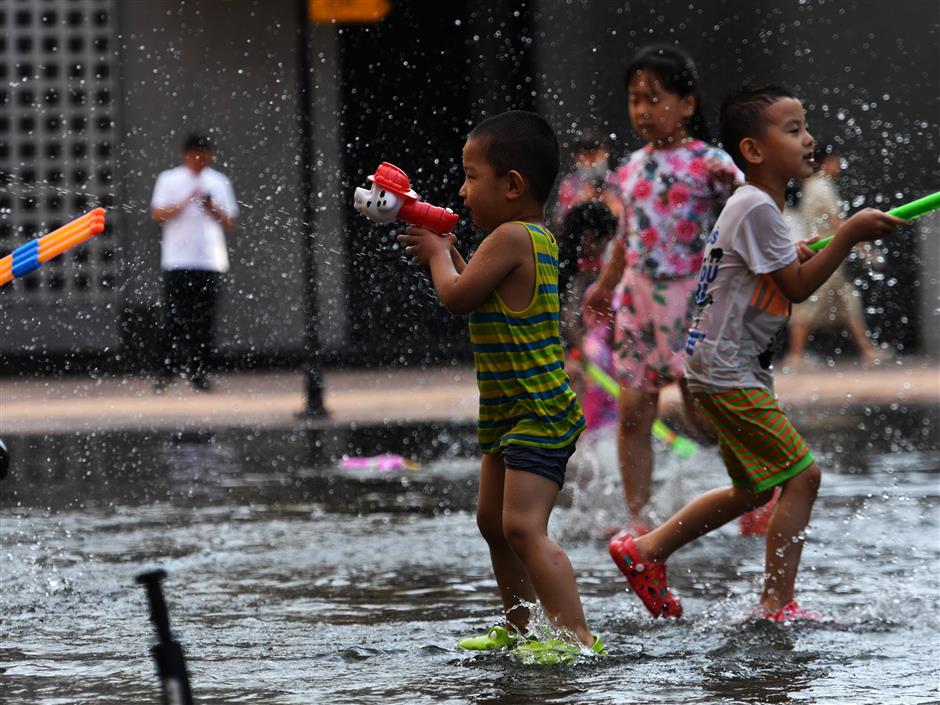 Kids have fun with water in Shenyang, Liaoning Province, on July 31, 2022.

China's national observatory on Monday continued to issue a yellow alert for high temperatures as an intense heatwave lingers in many regions of the country.

During daylight hours on Monday, parts of Xinjiang, Shaanxi, Hubei, regions south of the Yangtze River, Sichuan, Chongqing, as well as the southern part of China are expected to experience temperatures of over 35 degrees Celsius, the National Meteorological Center said.

Temperatures in parts of Sichuan and Chongqing may surpass 40 degrees Celsius, according to the forecast.

The center has advised the public to avoid outdoor activities during high-temperature periods in the afternoon and suggested workers exposed to high temperatures or who work outdoors for a long time take necessary protective measures.

China has a four-tier color-coded weather warning system, with red representing the most severe warning, followed by orange, yellow, and blue.