Deserted mine sealed after it becomes famous on the Internet

In the wake of a tragic incident in which seven people were killed and eight injured after a flood hit an Internet-famous camping site in the city of Pengzhou's Longcaogou Valley in China's Sichuan Province last Saturday, another off-the-map site – a deserted mine in Jiande city in Zhejiang Province – has been attracting many curious netizens. 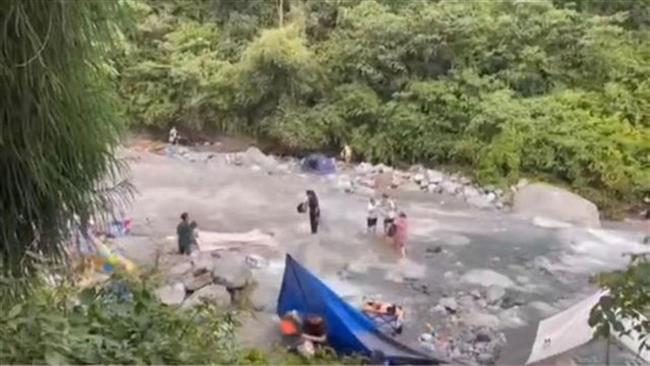 A screenshot of video of the Longcaogou Valley tragedy that circulated online.

First appeared in a post by social media Xiaohongshu user Daodao earlier this month, in which he described the deserted mine as an exploration-worthy place and an "unknown world" – and a good place to hide from the heat.

Daodao is not the only one who has posted about deserted mines. Well-framed pictures and posts about the thrills exploration have made mines highly popular sites on the platform. 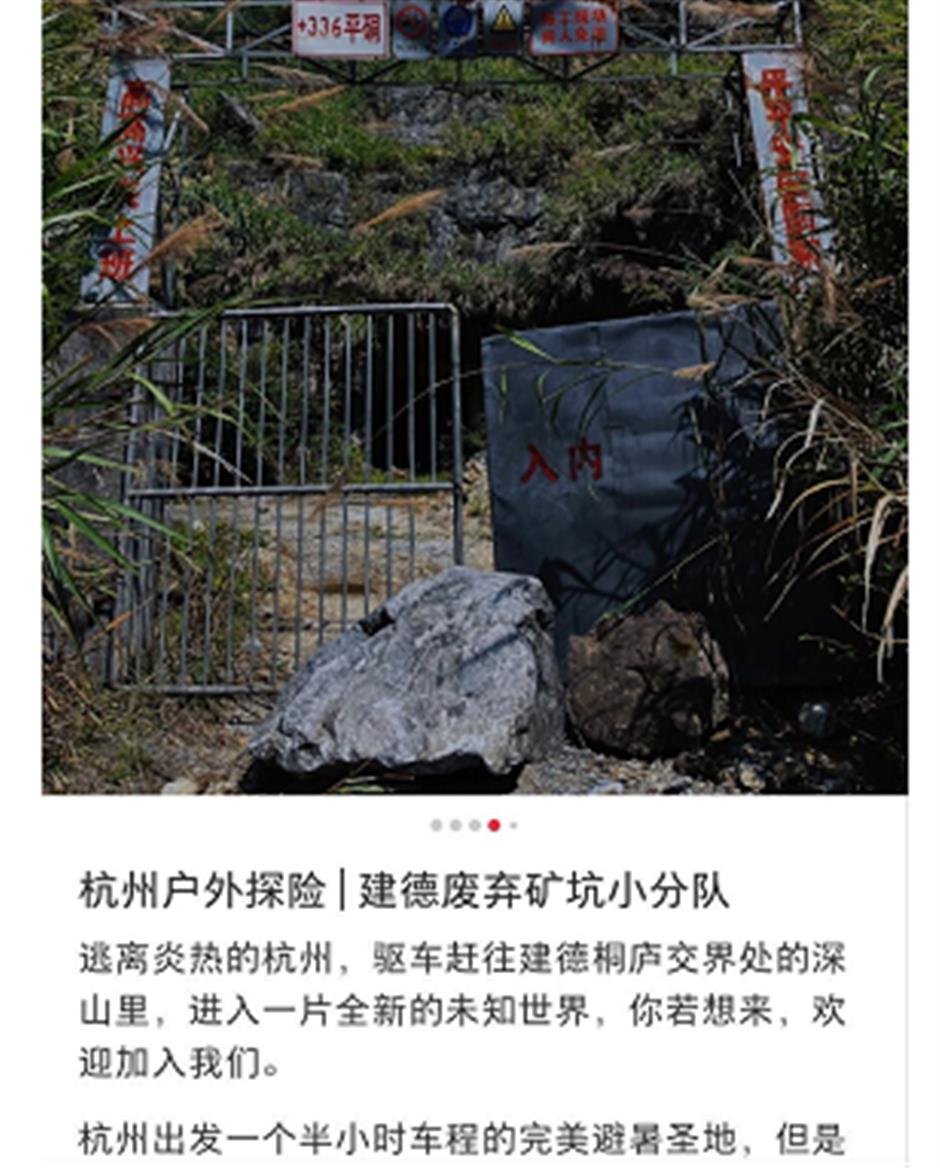 Daodao's post of the deserted mine in Jiande city.

Are these deserted and undeveloped mines really fit to be a summer destination?

When the Xietian village committee found out there are a surging number of tourists who have explored the mine, it quickly responded and sealed all five entrances.

The mine is a labyrinth and there are visible cracks on the walls and the risk of falling rocks. 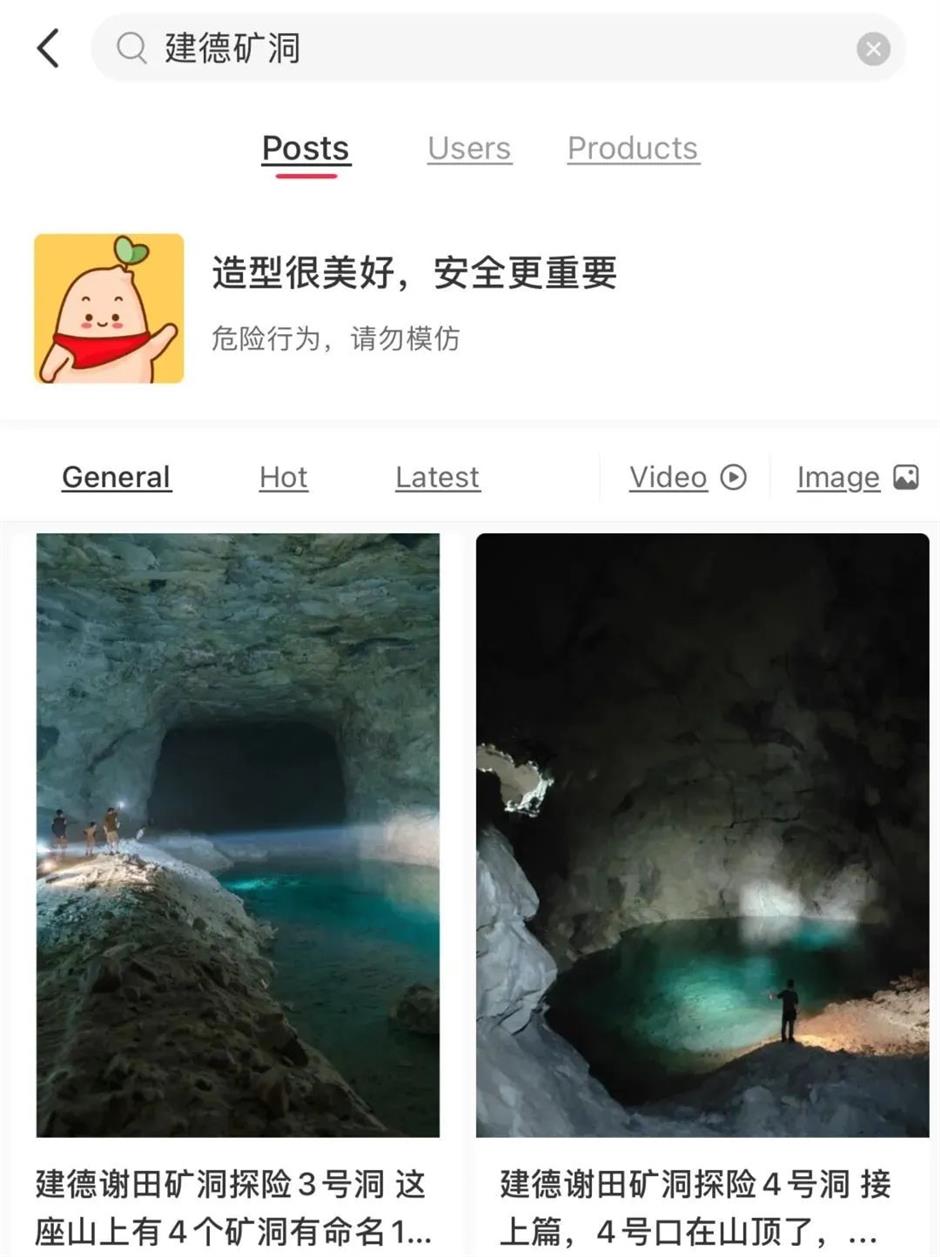 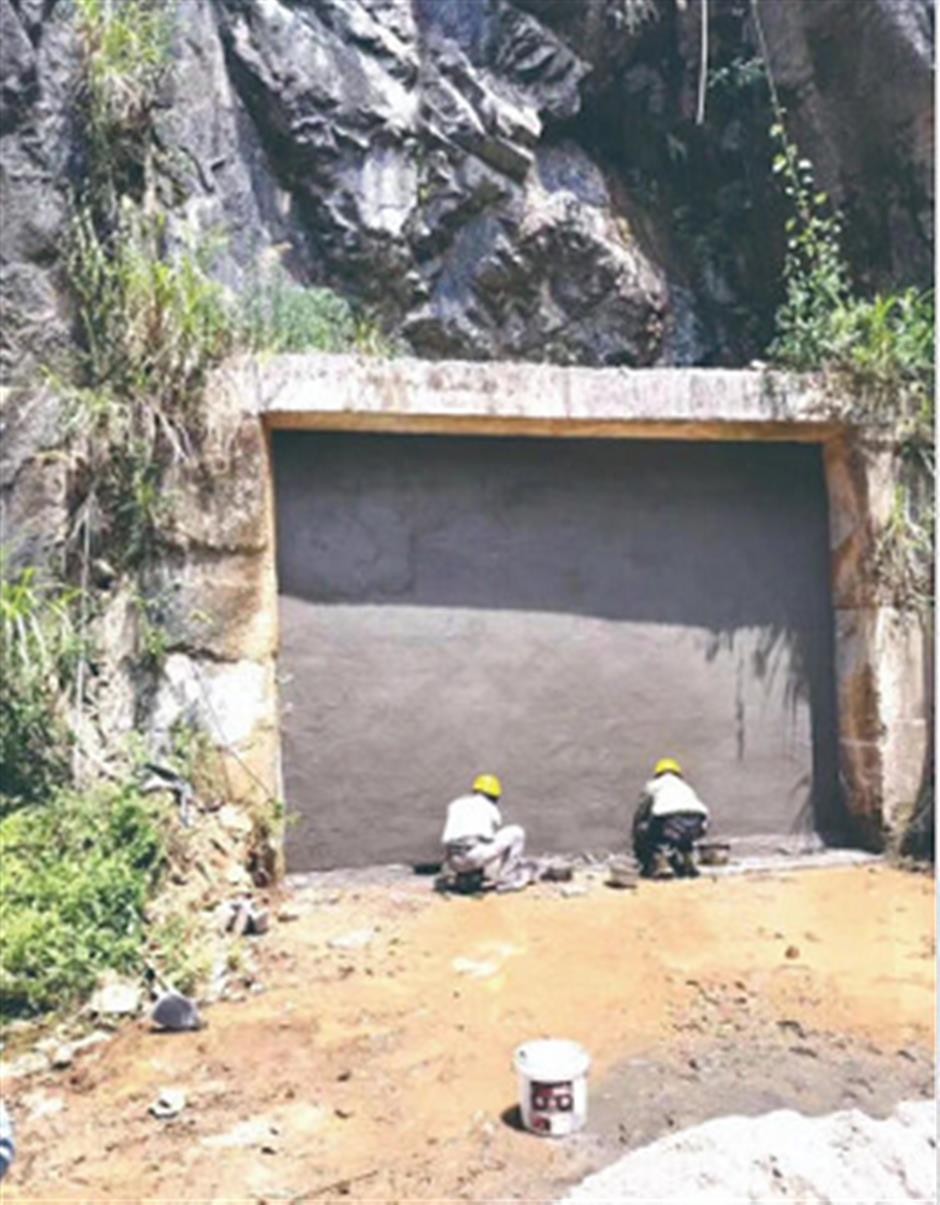 The local village committee sealed one of the mine entrances with concrete.

Despite the safety warnings in some of the early posts on Xiaohongshu, many other bloggers have followed suit and posted pictures of themselves and friends in the mine. They have also included the specific location.

The deserted mine was a calcium carbonate mine and the Xietian village started mining it in the 90s. The mine became state-owned around 2007 and three companies then gained mining rights and set up three mining locations in the area.

Two of the three companies closed within two years and the third lasted until 2019. The company only temporarily locked the entrances with iron gates while waiting for prospecting work to be done in order to see how much calcium carbonate was left. 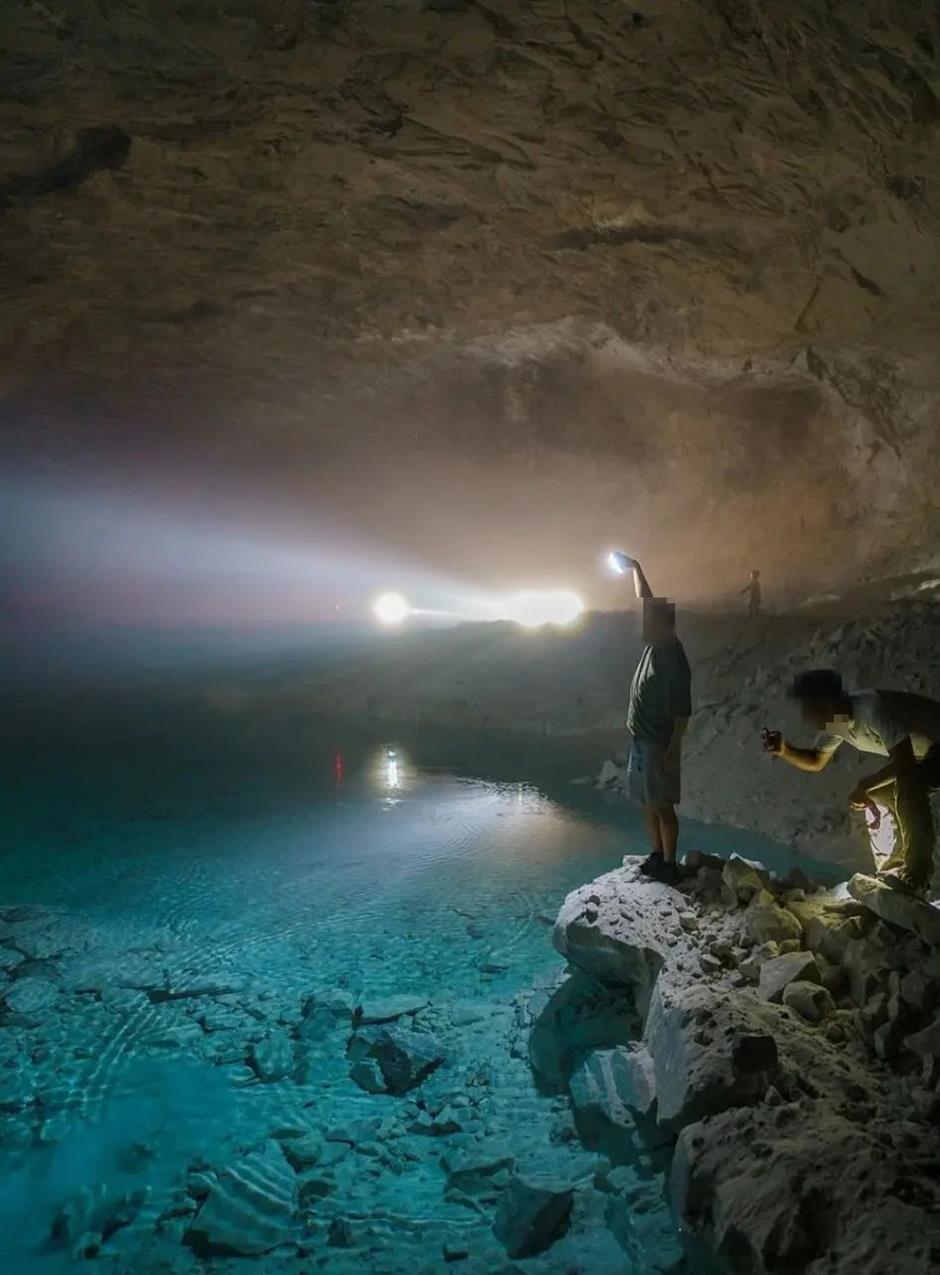 Photos from inside the mine attracted attention and likes.

There are similar posts where Xiaohongshu users share a camping site in Shanghai that is not open to tourists. One user posted that the place is locked but people who wish to go inside can squeeze through the gate.

On August 15, more than 600 tourists were stranded on part of an Internet-famous beach in Dalian City, Liaoning Province, after a pontoon bridge broke. Firefighters rushed to the site and evacuated the tourists. 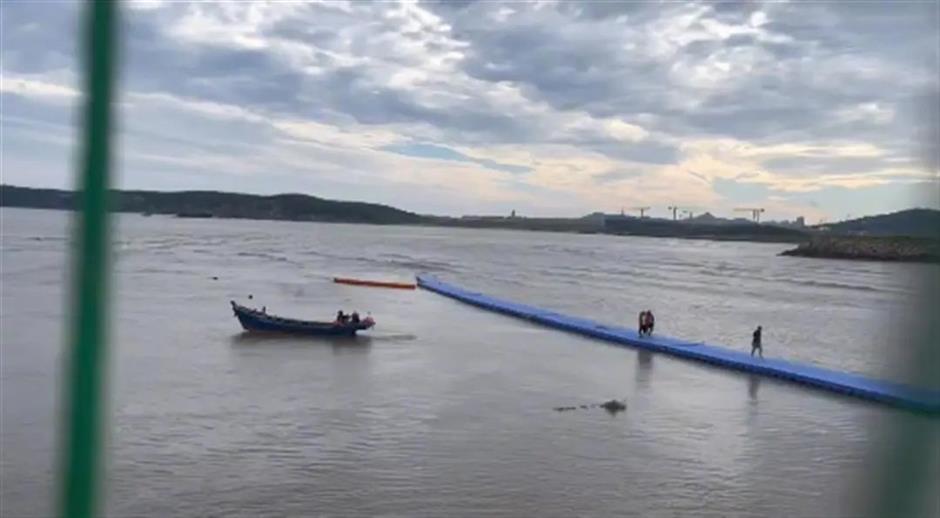 Chen Yuefeng, deputy president of the East China University of Political Science and Law, said the behavior of those who ignore warnings and sneak into closed sites and dangerous off-limits areas are illegal and could face administrative punishment or could even be charged.

It is also accountable for posts that might lead people into dangerous places should any incident occur.

Lu Xiaowen, a researcher with the Institute of Sociology at the Shanghai Academy of Social Sciences, said tourism is changing.

Young people tend not to visit popular tourist sites any more because they think the conventional sites are unnatural and highly commercialized.

There is an increasing number of young car owners who go to non-tourist sites recommended on platforms such as Xiaohongshu. Such people flock to free, beautiful and undeveloped sites.

While visiting such places, people should be aware that the sites are not equipped with emergency equipment and professional rescuers.

People should not risk their lives visiting such places unprepared, Lu said.