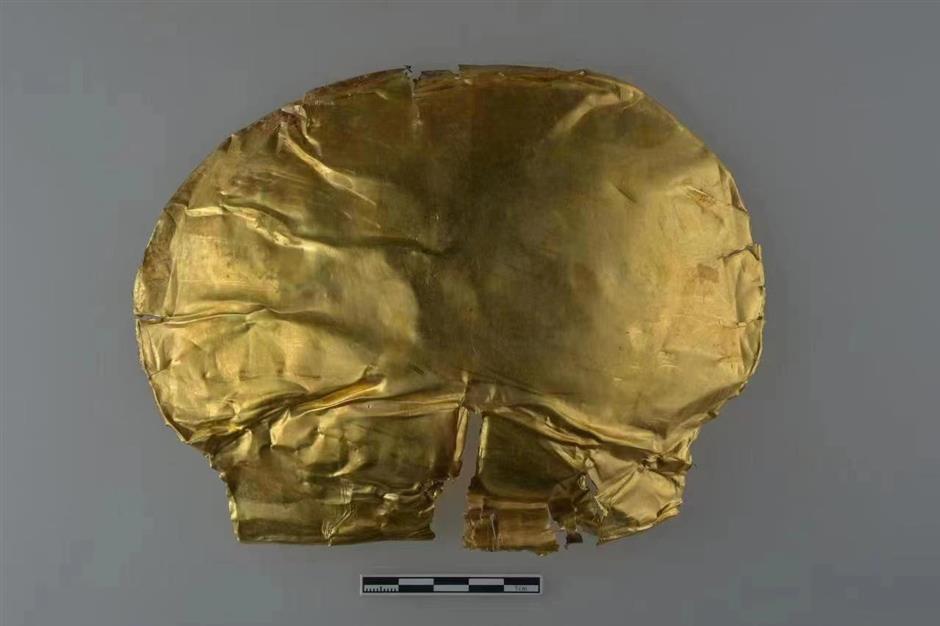 A gold "funeral mask" dating back more than 3,000 years is discovered in an ancient noble tomb in Zhengzhou, capital of central China's Henan Province.

The mask measures 18.3 cm in length and 14.5 cm in width, and weighs around 40 grams. It was discovered in a tomb which was recently unearthed in the ruins of a city from the Shang Dynasty (1600-1046 BC), according to the Zhengzhou municipal institute of cultural heritage and archaeology.

"The size of the mask means it could basically cover the face of an adult," said Huang Fucheng from the institute.

The artifact is among several gold wares recovered from the tomb, which has yielded more than 200 burial objects, including bronze and jade wares.

A large number of gold items were unearthed at the famed Sanxingdui Ruins site in southwest China's Sichuan Province, but they are rarely found at cultural relic sites of the Shang Dynasty in the central plains.

Experts believe that the new findings could shed light on the burial rituals and gold culture of the dynasty. 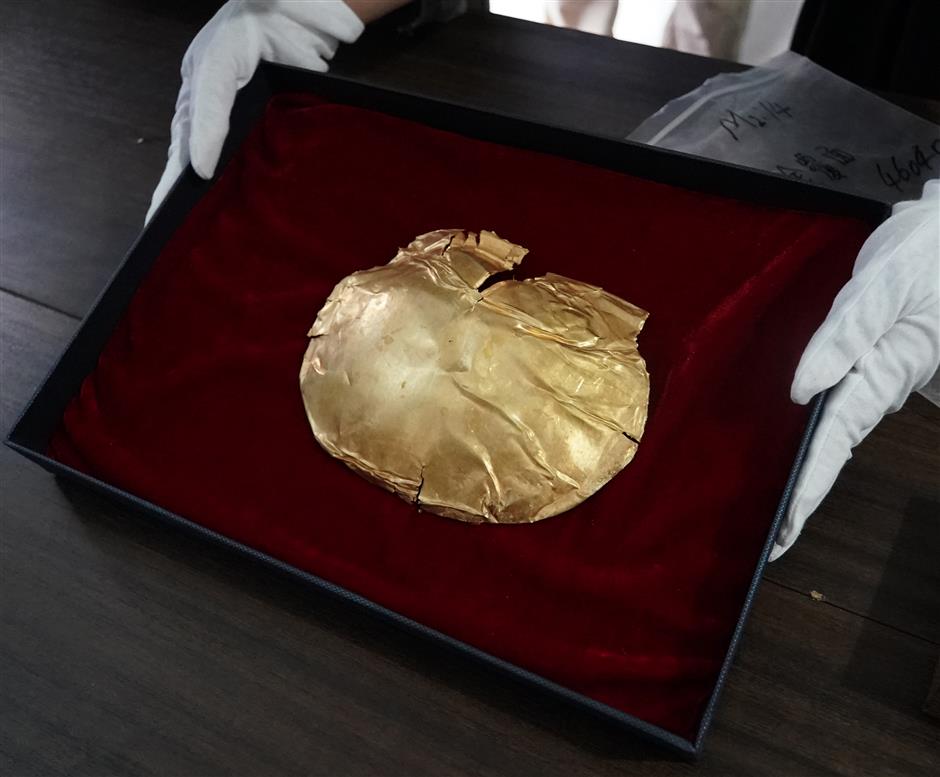