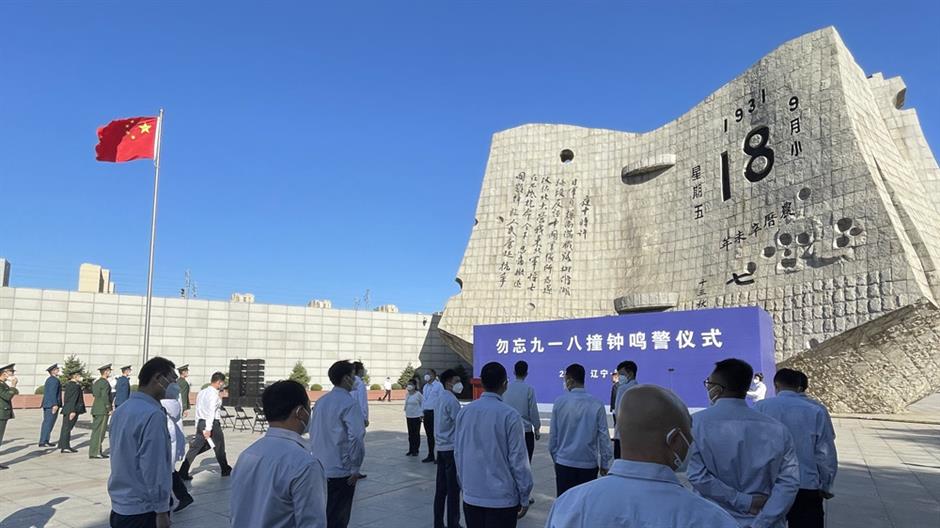 A commemoration ceremony for the 91st anniversary of the September 18 Incident is held in Shenyang, northeast China's Liaoning Province, on September 18, 2022.

On September 18, 1931, Japanese troops blew up a section of the railway in Shenyang and accused the Chinese military of doing it. Using the blast as a pretext, Japanese forces attacked the Beidaying garrison and bombarded Shenyang on the same night, launching a full-scale invasion of northeast China. During the incident, Chinese troops at the Beidaying garrison were given a no-resistance order and withdrew without fighting. 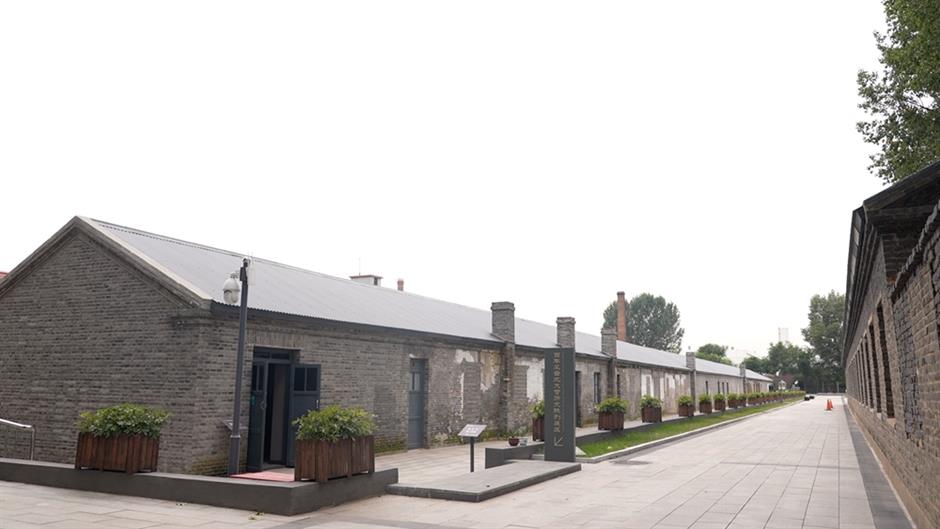 "Although the nationalist government gave the no-resistance order, some patriotic soldiers in the Beidaying garrison refused to do nothing, they broke into the ammunition depot and picked up rifles to fight against the Japanese aggressors. These brave soldiers set an example for the Chinese people and fostered the spirit of national resistance," said Zhang Xue, the chief narrator of the Beidaying garrison exhibition hall.

This month, Liaoning Provincial Archives disclosed over 400 files about the South Manchuria Railway – the largest organization formed by the Japanese government back then.

After Japan's surrender, a lot of evidence surfaced about wartime crimes committed not only by soldiers, but also by employees of the South Manchuria Railway.

The evidence revealed all sorts of crimes from political and military to economic and cultural. In a way, the railway employees were invaders without military uniforms.

One piece of the more than 400 files disclosed by Liaoning Provincial Archives about the South Manchuria Railway.

Cong Longhai, the associate research fellow at Liaoning Provincial Archives, said: "The files disclosed this time are clear proof of wartime crimes committed by the South Manchuria Railway during the Japanese invasion, especially the September 18 Incident, for which the company dispatched about 15,000 of its personnel, or over half of its total employees."

The commemorations serve as a reminder for the Chinese people to keep dark days in mind. History has repeatedly shown that invasions and wars are rarely successful, and although evidence might be covered up, justice eventually prevails.

"The South Manchuria Railway was involved in nearly every aspect of the economic, cultural and political life of China's northeast during the war, from power generation to agricultural research, resource exploration and intelligence service. It was more than just a railway, but a colonial company backed by the Japanese government," Cong said.