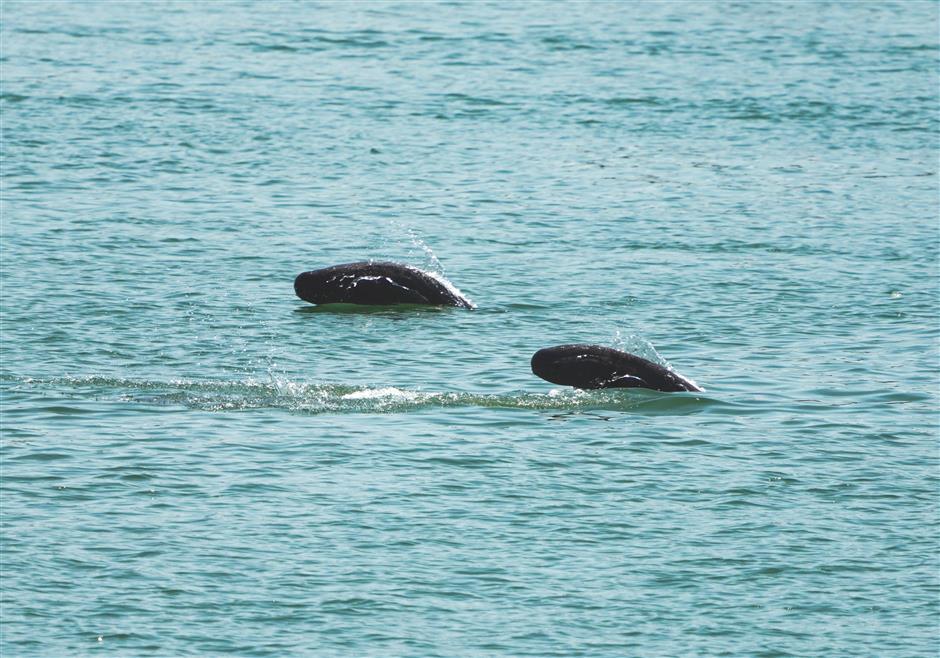 Finless porpoises are seen in the Yangtze River in Yichang, Hubei Province, on September 4, 2022.

China launched a scientific survey of Yangtze finless porpoises, an iconic species in the country's longest river Yangtze, on Monday, with an aim to formulate a more targeted protection plan for the species.

More than 120 personnel and over 20 fishery administration vessels will be sent for the scientific expedition, covering major habitats of the Yangtze finless porpoises, such as the trunk stream in the middle and lower reaches of the Yangtze River, as well as Poyang and Dongting lakes, two tributaries of Yangtze.

Data on the porpoise population and distribution, as well as the environment of its habitats, will be collected during this scientific expedition to determine the factors that may threaten the species and evaluate the effect of the current protection measures.

Organized by the Yangtze river basin fishery administration under the Ministry of Agriculture and Rural Affairs, the expedition has been jointly undertaken by local fishery authorities of six provincial-level regions, scientific research institutions, and social organizations.

The Yangtze finless porpoise, which is under top-level state protection, is an important indicator of the Yangtze River ecology.

In recent years, China has stepped up conservation efforts for critically endangered species by conducting three comprehensive surveys in 2006, 2012 and 2017. According to the 2017 survey, there were 1,012 finless porpoises in the river.