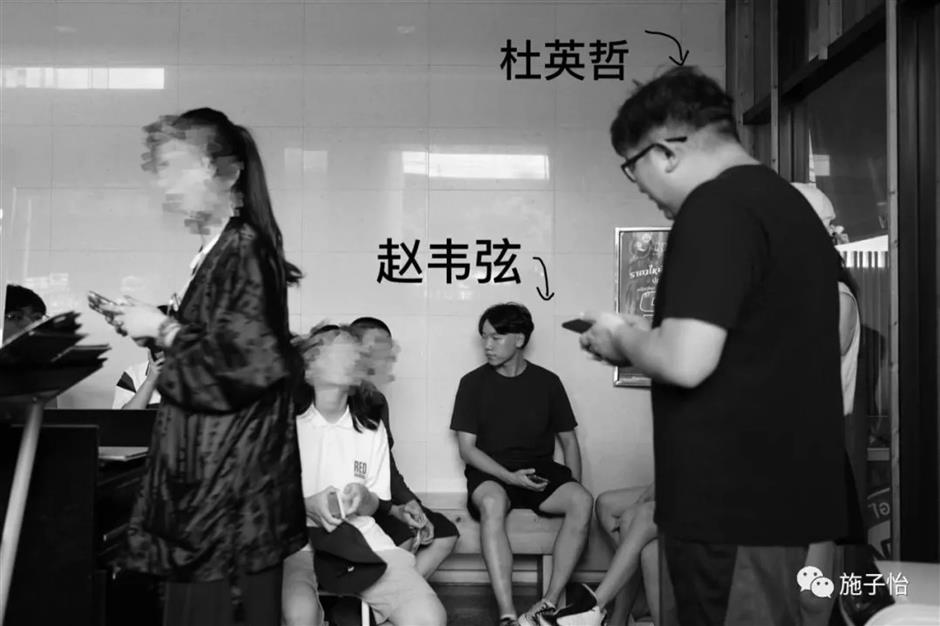 Haidian police's statement on Thursday that said: "In response to netizens' accusations against Du, a staff member of an art examination institution, who was suspected of committing illegal activities, police have launched an investigation and collected evidence. And the suspect has been detained according to law."

Police in Beijing's Haidian District issued a statement on Thursday saying the principal of a well-known art examination institution surnamed Du has been detained after online allegations of his illegal activity.

One day earlier, Haidian police said in another statement that accusations against Du were under investigation while a student of the Beijing Film Academy surnamed Zhao has been detained for alleged illegal activity.

Du Yingzhe, 40, is the head of the Yingluzhantai, a training center for arts and film industry.

On Monday, an Internet influencer, Shi Ziyi, posted on Weibo saying Du has enticed and raped several underage female students over the past 15 years and even caused a 17-year-old girl to drop out of school due to being pregnant. Online allegations also said Du bragged that he had "slept with over 100 female students."

Zhao Weixian, a former student of Du, who currently majors in film directing at the BFA, was accused by netizens of inducing and forcing over 20 young women to wear revealing clothes for shooting and even sexually harassing them. Online claims also said Zhao borrowed online disk accounts from almost 200 women to steal their private photos.

Further investigations of both suspects are ongoing.