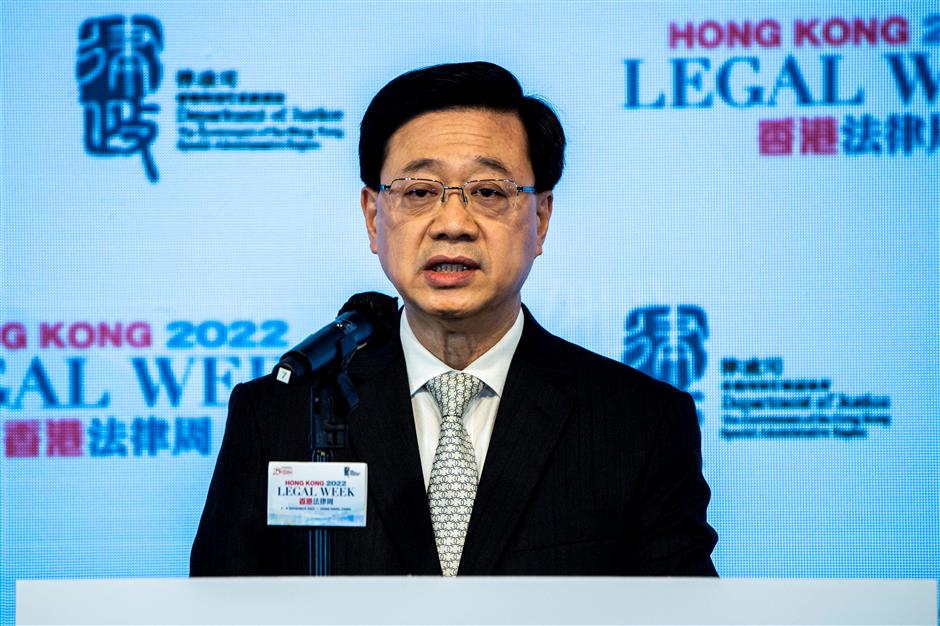 Hong Kong's Chief Executive John Lee speaks during the Rule of Law Congress as part of Legal Week in Hong Kong on November 11.

Hong Kong leader John Lee tested positive for COVID-19 on his return from an Asia-Pacific summit, the city's government said on Monday.

Lee visited Thailand's capital Bangkok last week to attend a meeting of the Asia-Pacific Economic Cooperation (APEC) forum, with his office saying he tested negative on rapid antigen tests for all four days he was there.

"The Chief Executive is undergoing quarantine in accordance with the guidelines provided by the Centre for Health Protection," a government statement said.

Lee's office said he would continue to work from home during his mandatory isolation period, and that members of his staff who traveled with him had tested negative.